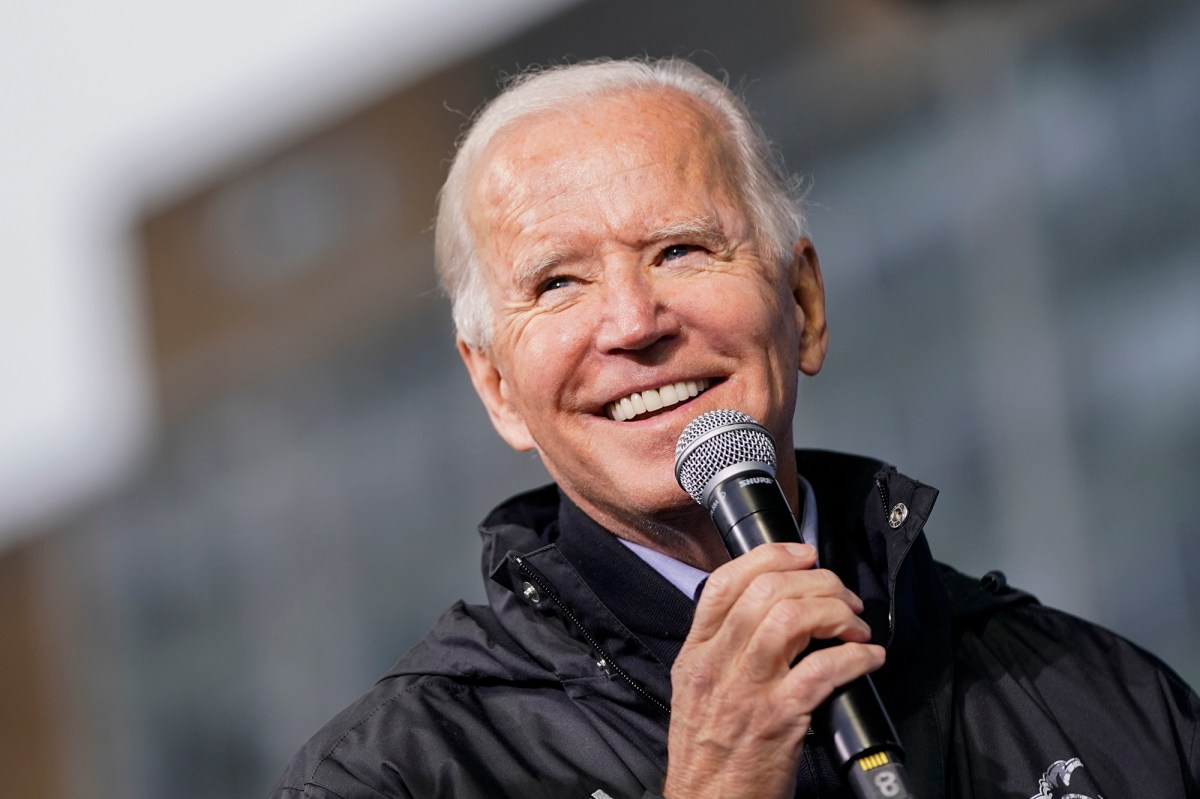 Joe Biden has won gold in the Silver State, clinching Nevada shortly after Pennsylvania handed him the presidency with well over the 270 electoral votes needed.

The Associated Press called Nevada for the former Democratic vice president on Saturday, netting him an additional six electoral votes.

While other outlets have reserved judgment on Arizona, Fox News and the Associated Press have called it for Biden, which, coupled with Nevada’s half-dozen and Pennsylvania’s 20, would give him 284 electoral votes.

Nevada put Biden over the top after he logged crucial wins Wednesday in the key swing states of Michigan and Wisconsin, where the Trump campaign has demanded a likely quixotic recount.

Biden successfully defended Nevada for the Democrats after Hillary Clinton won it over Trump in 2016.

A Biden win in the state was expected — albeit by a narrow margin — as he entered Election Day holding a 2.4 percentage point lead in RealClearPolitics’ average of polls.

But as recently as last Sunday, the Trump camp was bullish on their chances to tip the scales in Nevada, expanding a run of success radiating north from Sun Belt states like Arizona.

nypost.com - 5 months ago
Prince Harry was among the last of the Queen Elizabeth’s close relatives to make it to Scotland.
Read More

nypost.com - 2 years ago
An Arizona congressional aide was found dead and his wife rescued after the pair went missing on a camping trip to Death Valley National Park in California, officials said. Alexander Lofgren, a 32-year-old an aide to Arizona Rep. Raul M. Grijalva, and his
Read More

nypost.com - 1 year ago
Supreme Court Chief Justice John Roberts has the highest approval rating among federal officials and is the only one who saw support from a majority of Democrats and Republicans.
Read More

nypost.com - 1 year ago
The wedding, which drew international headlines, was the first time Bill and Melinda were pictured together since announcing their divorce in May.
Read More
More News & Articles