Rents for apartments in Miami have exploded by 57 percent amid an ongoing exodus out of tax, crime and COVID-battered blue states.
Author: Selim Algar
Published: 2022-04-14 04:34 pm 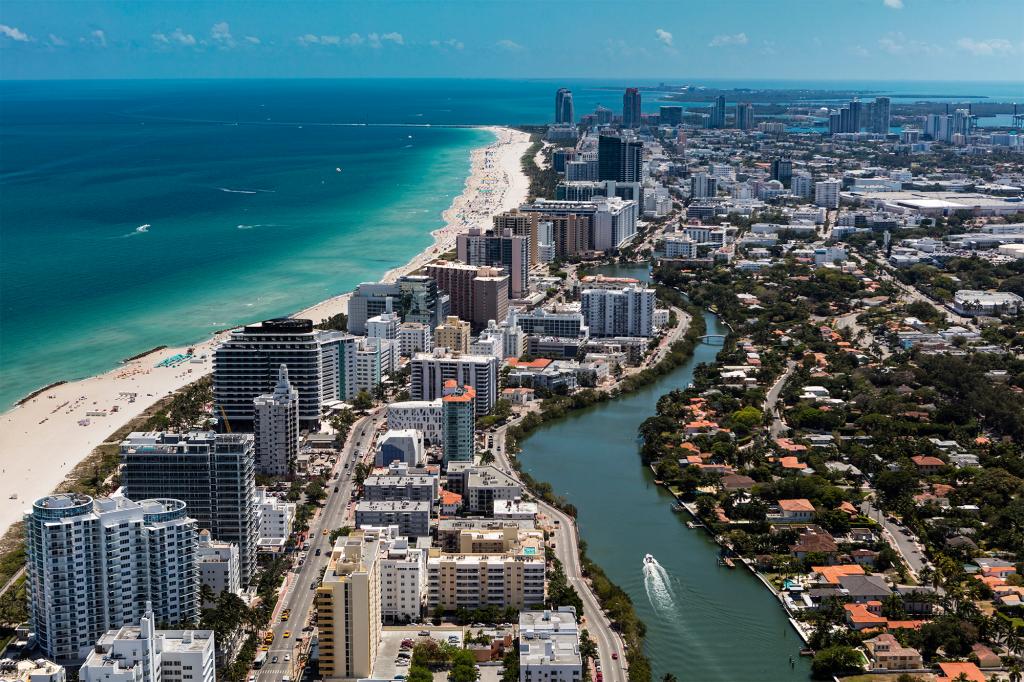 Rents for apartments in Miami have exploded by 57 percent amid an ongoing exodus out of tax, crime and COVID-battered blue states, said a report Thursday.

The median February rent for studios, one-bedrooms and two-bedrooms in the Miami metro area spiked to $2,988 in February, according to a report from Realtor.com.

That dizzying year-over-year surge was more than 20 percentage points higher than the area with the next highest increase — which was also in Florida.

“Florida has seen a surge of new residents over the past two years,” Realtor.com researcher George Ratiu said. “The moves were also encouraged by the state’s early actions to reopen its business and tourism sectors and relax pandemic restrictions.”

The report found that only three major metro areas saw median rental hikes of more than 30 percent in the smaller apartment class — and all were in Florida.

Orlando median rents popped by 35 percent year over year while Tampa prices shot up by 31 percent.

The median rent for smaller apartments in the New York metro area rose by 14 percent year over year to $2,750, according to Realtor.com.

Rents in the San Francisco Bay Area for that category climbed by 11 percent to $2,982, the report found.

Austin — which has also seen an influx of COVID-19 refugees — had the fourth-highest median rent increase for the same apartment class at 26 percent.

“They tax and regulate so they repel people to leave their state,” he told Fox Radio last month. “The base shrinks so they got to do it again to try to square the circle. And you just can’t have it.”

Apartment demand in Miami has also benefitted from its emergence as a national tech hub since the onset of the pandemic.

According to a report from the trade group CompTIA, Florida added 2,715 tech businesses last year — ahead of both Texas and California.

The state’s tech sector growth has been concentrated in Miami, which added 2,072 jobs in the field last year, the report found.

nypost.com - 1 year ago
New York Attorney General Letitia James proposed new criminal charges for cops who use "force that is grossly in excess of what is warranted" as part of a potential reform of use-of-force guidelines.
Read More

Chiefs’ Eric Bieniemy on being snubbed again for head-coaching job

nypost.com - 2 years ago
Another head-coaching hiring cycle has come and gone in the NFL and Chiefs offensive coordinator Eric Bieniemy was shut out again. Bieniemy interviewed with six of the seven teams that hired new coaches, including the Jets. But he did not get a job again,
Read More

nypost.com - 1 year ago
A pair of attackers hurled anti-Asian slurs at a 27-year-old Air Force veteran and knocked him to the ground in Los Angeles’ Koreatown. Denny Kim, of South Los Angeles, said he was on his way to meet a friend for dinner around 8:30 p.m. Feb. 16 when two
Read More

Russell Wilson gets down on knee, asks wife Ciara for more babies

nypost.com - 6 months ago
Are Russell Wilson and wife Ciara looking to expand their family? If the Seahawks quarterback had it his way, the answer would be ASAP.
Read More
More News & Articles