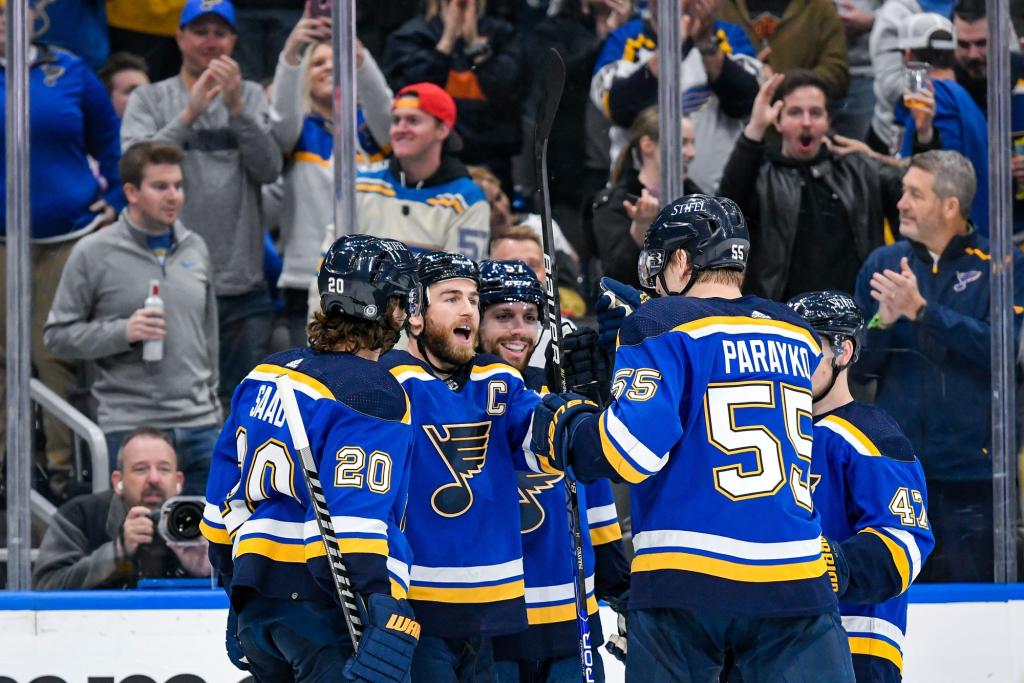 Easily the most polarizing series in the Western Conference, both St. Louis and Minnesota have plenty of people making arguments for them to win this series and perhaps upset the apple cart against the Avalanche in Round 2. And both sides of the debate have plenty of merit.

100% First Deposit Match up to $250 with promo code NYPBONUS

At first glance, there really isn’t much that separates these two teams. Minnesota earned home-ice advantage thanks to its superior regular season record, but the Wild only finished four points ahead of the Blues and it was St. Louis that finished 12 goals to the good according to goal differential.

If you go one step further, the narrative remains the same. Minnesota finished second overall in goals scored at 5-on-5, while St. Louis finished fifth. And both teams over-performed mightily according to their expected goals. The Wild scored 3.23 goals per 60 minutes at 5-on-5, but only created 2.45 xG/60. Similarly, the Blues averaged 2.99 goals per 60, but only generated 2.44 xG/60. Those numbers suggest both offenses were a bit lucky to hit the heights they did during the season, but it also tells you that both clubs are clinical and have the finishing and play-making talent to generate quality opportunities.

While the two offenses grade out pretty evenly according to the numbers, the Blues have the deeper attack. Rolling three lines that can score any time they’re on the ice, St. Louis is a matchup nightmare. The No. 1 line featuring Robert Thomas between two-way dynamo Pavel Buchnevich and the resurgent Vladimir Tarasenko has developed into one of the league’s best trios and if you keep them quiet it’s only part of the battle because they have plenty of back-up in Ryan O’Reilly, David Perron, Brandon Saad, Jordan Kyrou and Brayden Schenn.

Minnesota’s top-nine may not be as deep as its rival, but the Wild do have this series best player in Kirill Kaprizov.

For the past handful of seasons, Minnesota has been one of the NHL’s best defensive clubs. Experts at protecting the middle of the ice and limiting quality scoring chances, the Wild would often be criticized for sacrificing offense for defense too much. The arrival of Kaprizov and the subsequent emergence of Kevin Fiala changed all of that. With Kaprizov and Fiala up top, the Wild feature two scoring lines that can pay off all the defensive work done behind them.

Despite the team getting more attention for its offensive output these days, Minnesota’s defense still does the trick. The Wild finished second in the NHL in preventing expected goals and high-danger scoring chances at 5-on-5.

While public xG models rate Minnesota’s defense as one of the NHL’s top units, the Blues are in the bottom-third in suppressing quality chances. That leaky defense hasn’t bit the Blues all that much this season because of St. Louis’ ability to score and the goaltending performance from Ville Husso.

The breakout goaltender of the season, Husso posted a .919 save percentage and a +14.2 Goals Saved Above Expected (GSAx) in 40 games. And while Husso should be the Game 1 starter, the Blues have a security blanket behind him in Stanley Cup hero Jordan Binnington. Binnington under-performed in the regular season, but he’s easily one of the strongest deputies in the postseason and gives St. Louis some insurance should Husso struggle in his first taste of the playoffs.

The goaltender at the other end of the ice doesn’t need to worry about playoff experience. A trade deadline acquisition, Marc-Andre Fleury has 162 postseason games under his belt in his career and has improved his form since coming over to the Wild. While his numbers still don’t sparkle, Fleury’s .908 save percentage and -1.28 GSAx in 11 games with Minnesota do suggest he’s finding his game.

Both the Wild and Blues come into the postseason in great form. Both clubs enjoyed incredible offensive seasons. And both teams can be considered a potential sleeper in the Western Conference. There just really isn’t that much that separates these two clubs.

No matter which way you slice it, this series looks like it will be quite close and that puts some value on the Blues since they’re sitting at +130 to win the series.

nypost.com - 2 years ago
Players have all sorts of reactions after they reach the Super Bowl for the first time in their lives. Some exult. Others reflect. Leonard Fournette wept. “I was crying for like 30 minutes,’’ Fournette said after the Buccaneers outlasted the Packers 31-26
Read More

nypost.com - 2 years ago
Hunter Biden’s new memoir is already No. 1 — on Amazon’s Chinese biographies list — as his new $5.4 million digs in Venice, California were revealed Friday. The only surviving son of President Biden and his wife Melissa Cohen are renting a three-story
Read More