Audio captured the final moments of the Russian Black Sea flagship Moskva after it was struck by a Ukrainian missile – as a crewman shouts that the doomed vessel was “lying on its side” and sinking.
Author: Yaron Steinbuch
Published: 2022-05-16 10:54 am 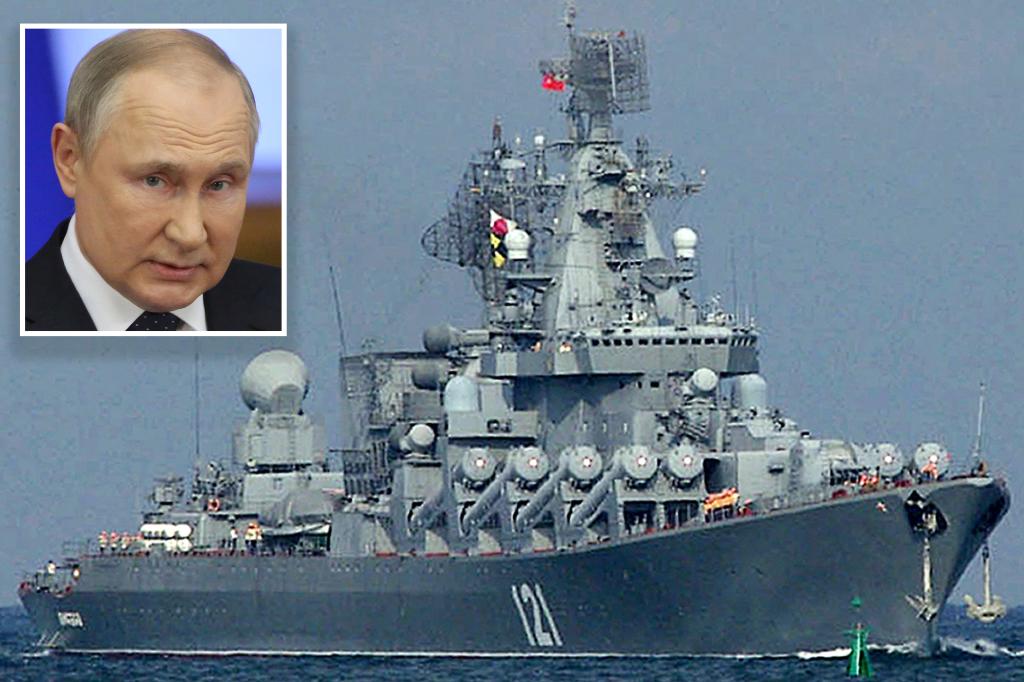 Dramatic audio captured the final moments of the Russian Black Sea flagship Moskva after it was struck by a Ukrainian missile – as a crewman shouts that the doomed vessel was “lying on its side” and sinking.

“Moskva-1, two holes! Propeller stalled! Sinking! Lying on its side!” the sailor yells after the warship was hit April 14, the Kyiv Independent reported on the audio posted by Ukraine’s Operational Command “South.”

The frantic crew member also says a hole under the waterline sent the vaunted guided-missile cruiser into a roll of 30 degrees.

“There is no way to get closer to the tugboats,” he reportedly adds in the 42-second transmission. “We’re doing our best to save the crew.”

The high-profile sinking of the Moskva was a blow to Russia’s military, which denied the ship was taken down by Ukraine, instead claiming it sank due to an unexplained fire and “choppy seas.”

The Moskva made news early in the war when Ukraine border guards defending a small island refused to surrender and told the ship to “go f–k yourself.”

The White House has denied reports that said US officials helped Ukraine sink the warship.

According to reports from NBC News and CNN, Ukraine’s military called US officials to confirm that the Moskva was in their sights and received confirmation of its location before opening fire.

“To speak to the reports, they’re inaccurate,” White House press secretary Jen Psaki told reporters on Air Force One on May 6.

“We did not provide Ukraine with specific targeting information for the Moskva. We were not involved in the Ukrainians’ decision to strike the ship or in the operation they carried out,” she said.

“We had no prior knowledge of Ukraine’s intent to target the ship. The Ukrainians have their own intelligence capabilities to track and target Russian naval vessels, as they did in this case,” he said.

nypost.com - 2 years ago
Police reported no arrests in connection to the wave of Wednesday night protests across the Big Apple — in which a large crowd blocked traffic on the Manhattan Bridge — following a Kentucky grand jury’s decision to clear Louisville cops of wrongdoing in
Read More

nypost.com - 2 years ago
Clifford is back — but the internet won't throw him a bone.
Read More

Property values to sink in US, Europe as inflation surges, executive says

nypost.com - 2 weeks ago
The US real estate market is set for a downturn after years of strong growth as prospective buyers contend with the effects of inflation, according to a Hines executive.
Read More
More News & Articles