Donald Trump will be legally obligated to post content on his own social media platform, Truth Social, before mouthing off somewhere else — even if his Twitter ban is lifted. The former president’s return to Twitter has been buzzed about since Elon Musk
Author: Ariel Zilber
Published: 2022-05-16 10:54 am 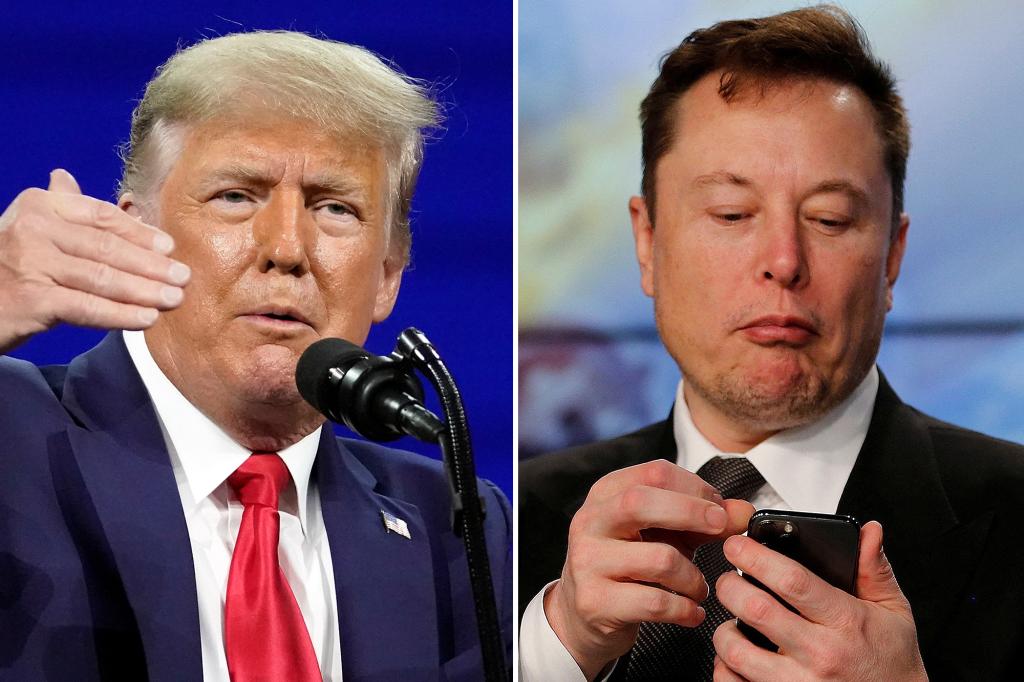 Donald Trump will be legally obligated to post content on his own social media platform, Truth Social, before mouthing off somewhere else — even if his Twitter ban is lifted.

The former president’s return to Twitter has been buzzed about since Elon Musk bid $44 billion to take over the company.

However, Trump must publish any of his posts on Truth Social at least six hours before posting the same content on any other site, according to an SEC filing from Digital World Acquisition Corp.

DWAC is the blank check company, also known as a special purpose acquisition company (SPAC), that was created to facilitate a merger with the Trump-owned media firm, Trump Media & Technology Group, for the purpose of taking it public.

Shares of DWAC, which is traded on the Nasdaq, were even at the opening bell on Monday.

Trump’s deal with DWAC would still allow him to “post social media communications from his personal profile that specifically relates to political messaging, political fundraising or get-out-the vote efforts at any time on any Non-TMTG social media platforms,” according to the filing.

Trump was permanently banned from Twitter and other large social media sites after he was accused of fomenting violence at the US Capitol on Jan. 6, 2021.

Musk on Friday tweeted that the deal to acquire Twitter was on hold “pending details supporting calculation that spam/fake accounts do indeed represent less than 5% of users.”

The Tesla CEO said he was still committed to following through on the acquisition, though Wall Street analysts think the “bot” issue is merely a ploy to get Twitter to reduce the asking price.

Trump, for his part, has vowed not to return to Twitter, instead touting his own social media platform, Truth Social.

The site has been downloaded roughly 1.4 million times to date since it launched in February, according to Sensor Tower. Twitter has roughly 300 million users – counting the bots.

Musk, in a rare public reference to the situation last month, said Truth Social is due for a name change.

Trump has not been as active on Truth Social as he was on Twitter.

Last week, the former president took to Truth Social and predicted that Musk wouldn’t buy the San Francisco-based firm “at such a ridiculous price.”

“There is no way Elon Musk is going to buy Twitter at such a ridiculous price, especially since realizing it is a company largely based on BOTS or Spam Accounts,” the 45th president wrote.

Trump continued: “By the time you get rid of them, if that can even be done, what do you have? Not much?”

He added: “If it weren’t for the ridiculous Billion Dollar breakup fee, Elon would have already been long gone.”

Trump then touted his own social media platform, which has been struggling since its launch due to technical glitches as well as the departure of top executives.

“Just my opinion, but Truth Social is MUCH better than Twitter and is absolutely exploding, incredible engagement!”

Musk’s pending acquisition of Twitter was welcomed by supporters of Trump who say it will usher in a new era of unfettered speech.

But a Trump-friendly environment on Twitter could spell bad news for Truth Social, which was specifically created as an alternative to the mainstream micro-blogging platform.

Musk has vowed to take a less censorious approach to content moderation on Twitter and has blasted former company decisions – such as the move to ban The New York Post’s exclusive story about Hunter Biden’s laptop – as “obviously incredibly inappropriate.”

Highly contagious Indian COVID variant spreading rapidly in the US

nypost.com - 1 year ago
The highly contagious COVID-19 variant that first emerged in India is spreading at a rapid rate in the US — and now makes up 7 percent of new cases, data shows. The dramatic rise of the B.1.617.2 variant comes after it accounted for only 1 percent of new
Read More

nypost.com - 2 months ago
Video captures the moment a shooter opened fire from a stolen car in the Bronx this week – striking a man in the leg in broad daylight.
Read More

nypost.com - 9 months ago
Grading the Giants after their 30-29 loss to Washington on Thursday night. Offense The Giants failed to get points out of a possession that advanced into field-goal range — the fifth time that happened in the first five quarters of the season. Daniel Jone
Read More