Gunfire erupted outside another high school graduation Thursday and two people were caught in the crossfire, according to Michigan authorities.
Author: David Propper
Published: 2022-05-20 01:39 am 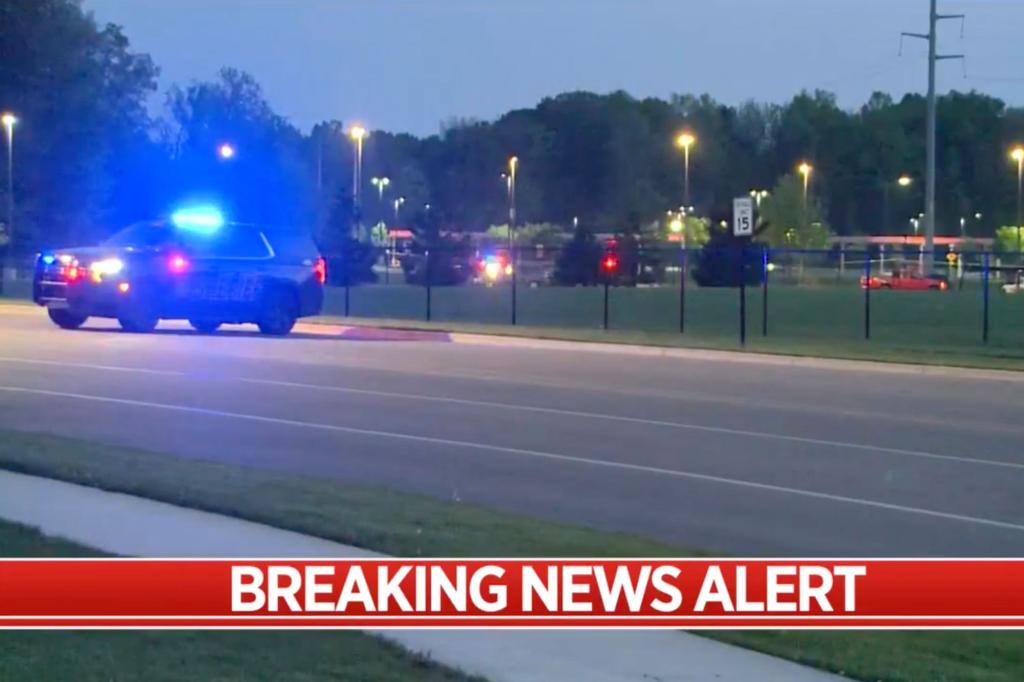 Gunfire erupted outside another high school graduation Thursday and two people were caught in the crossfire, according to Michigan authorities.

Multiple rounds were fired in the parking lot as people left the school’s stadium shortly after 7 p.m., she said. Following the shooting, both cars sped away and at least two shooters are being pursued by police.

Sheriff deputies were inside the stadium when they heard gunshots, but the suspects fled by the time they reached the parking lot, the sheriff’s office said.

During the press briefing posted by Fox 17 WXMI, LaJoye-Young said both victims are in stable condition after they were rushed to the hospital. She said they were innocent bystanders.

The teen, from Texas, was hit on the wrist and the woman, from Grand Rapids, was shot in the stomach and wrist, LaJoye-Young said.

She wasn’t sure how many bullets were fired, but estimated a “large number of shots were fired at this scene.”

“This is a difficult thing for a school district to go through, a community to go through so we’re working very hard to make sure that we’re bringing it to closure as soon as possible,” she told reporters on the scene.

LaJoye-Young said she was unsure what the motive was behind Thursday’s hail of bullets.

“A celebration like this is something that brings family together, makes us feel close as a community with pride of our young people and what they’re accomplishing,” LaJoye-Young said. “This is very difficult to have happen in this community at this moment of celebration.”

The Kentwood Public School said 60 students, as well as family and friends, attended the graduation, according to a copy of a statement tweeted out by Fox 17 reporter Marisa Oberle.

“When violence occurs within our community, it is both troubling and tragic,” Superintendent Kevin Polston said. “We remain committed to the health and safety of our community and will provide support and counseling to any students that need it.”

Dwayne Haskins ‘drank heavily’ before he was killed: medical examiner

nypost.com - 1 month ago
Dwayne Haskins "drank heavily" before being struck to death on a South Florida highway, medical examiner reports that were released on Monday concluded.
Read More

nypost.com - 1 year ago
Jeffrey Epstein’s Florida home has sold for $18 million, freeing up more money for the Victims’ Compensation Program to resume making pay-out offers to the dead sex perv’s victims, according to a source. The sale of the waterfront Palm Beach mansion
Read More

nypost.com - 2 weeks ago
Finally: Mayor Eric Adams is lifting the mask mandate for preschoolers as of Monday. But his claim that the move is guided by “science” is utter bull.
Read More

nypost.com - 1 year ago
Former President Donald Trump said Friday in his first public remark since leaving office that he will make a comeback in some form — but he’s not saying how. “We’ll do something, but not just yet,” Trump told journalist Rob Crilly of the Washington
Read More
More News & Articles