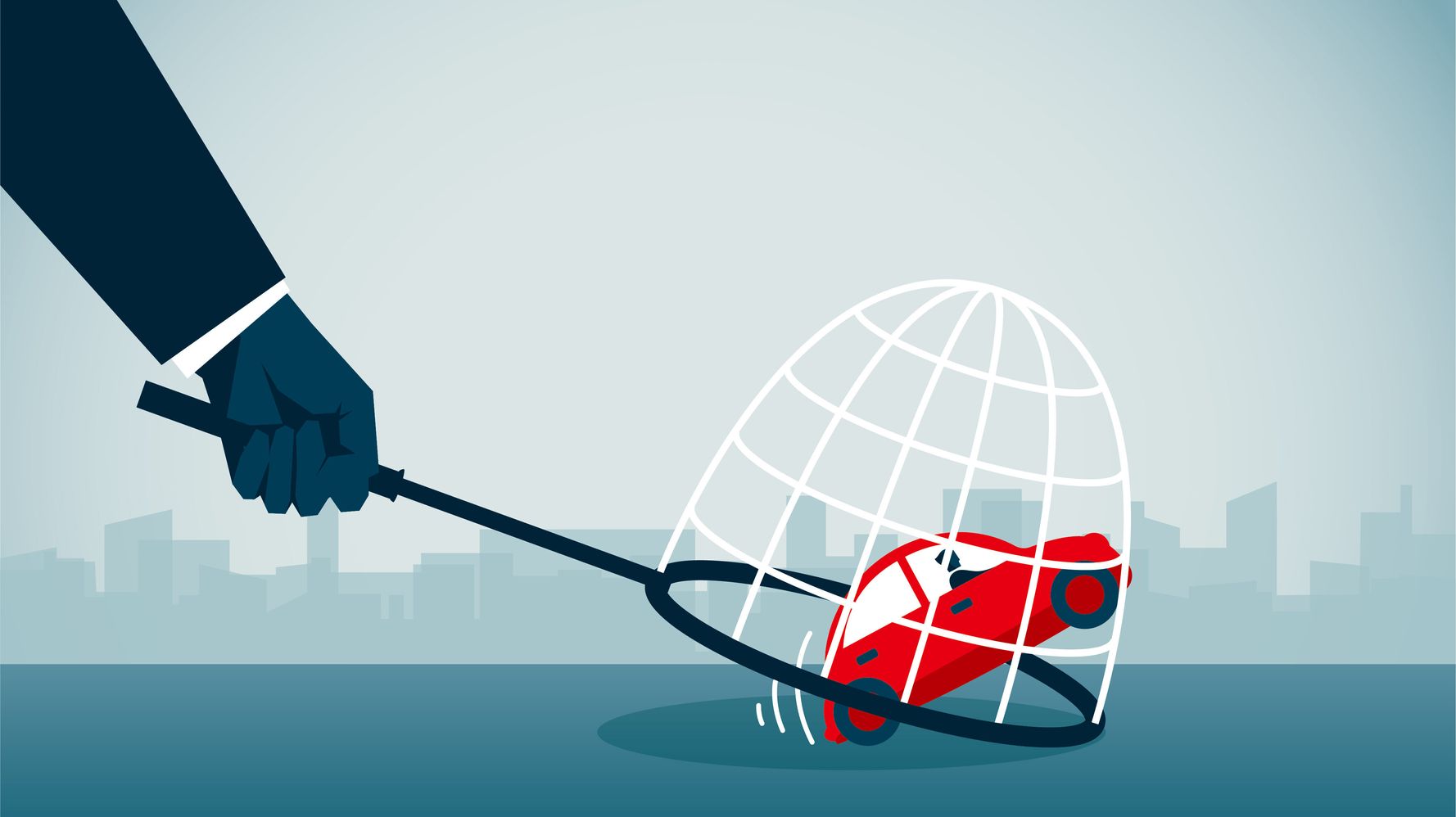 She was caught in a trap and couldn’t drive out.

A 53-year-old Minnesota woman’s attempt at a speedy getaway failed when her car got stuck in wet concrete, Minnesota news outlet KAAL reported.

Police in Rochester, Minnesota tried to pull over the woman, who was using a bullhorn to “spread the word of God” as she drove, on Monday after officers saw her run a red light. In a video posted to Facebook, the woman shouted “good luck” while stopped in the middle of the road.

The woman avoided one officer’s pursuit, per KAAL. When a second officer caught up to her, she plowed through a construction barrier and drove directly into “150 feet of wet, freshly poured concrete.”

“She bottomed right out,” Chippewa Concrete worker Robert CeManko told the newspaper. “She tried spinning her tires to keep going, but she just couldn’t.”

CeManko said construction workers had to make repairs after the incident.

The woman, who the police department did not name, is the subject of nine complaints since last week and faces multiple criminal charges, KAAL reported.

www.huffpost.com - 2 months ago
Jose Roman Portillo, Yesenia Guadalupe Ramirez and Baldomeo Sandoval were arrested for walking into a home with a baby carrier and leaving with an infant.
Read More