The House Ethics Committee will look into whether Rep. Madison Cawthorn may have promoted a cryptocurrency he had an undisclosed financial interest in.
Author: Callie Patteson
Published: 2022-05-23 05:27 pm 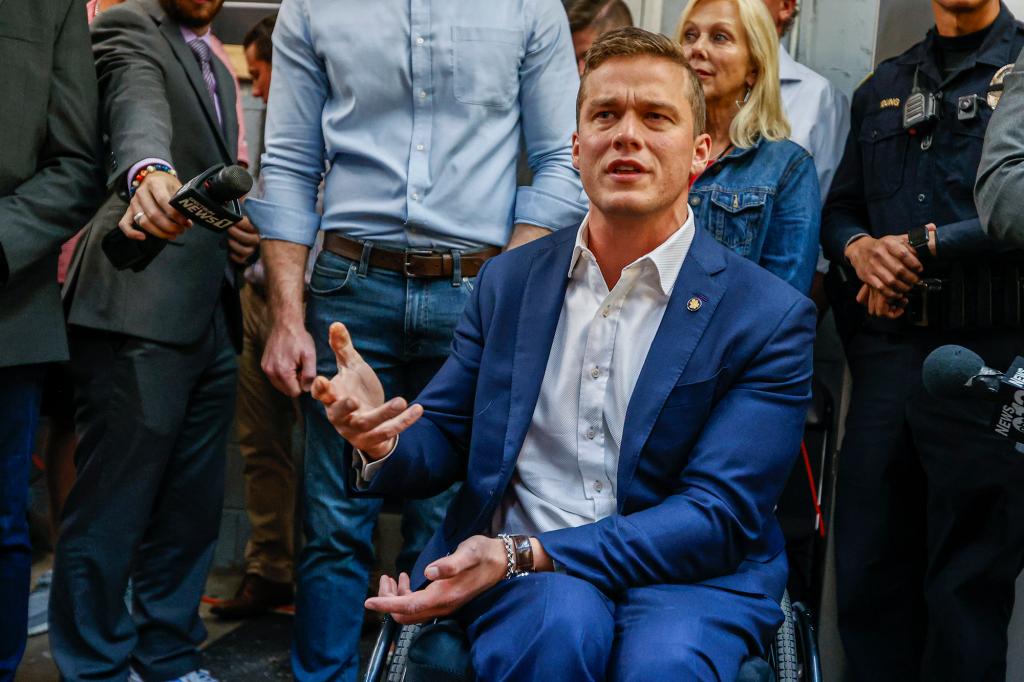 The House Ethics Committee announced Monday it was looking into whether controversy-hit Rep. Madison Cawthorn “improperly promoted” a cryptocurrency in which he may have had an undisclosed financial interest — as well as claims the 26-year-old had an “improper relationship” with someone on his staff.

Committee Chair Ted Deutch (D-Fla.) announced the investigation in a statement, which noted that “the mere fact of establishing an Investigative Subcommittee does not itself indicate that any violation has occurred.”

The cryptocurrency claim stems from a Washington Examiner report from last month, which suggested Cawthorn may have violated federal laws over his public support of the Let’s Go Brandon cryptocurrency one day before it announced a partnership with NASCAR driver Brandon Brown.

It was not immediately clear to whom the “improper relationship” allegation was referring. However, an Office of Congressional Ethics complaint filed last month blasted Cawthorn over his closeness with his scheduler and distant cousin Stephen Smith, according to The Hill.

A recently released video shows Cawthorn in a car saying: “I feel the passion and desire and would like to see a naked body beneath my hands.” In the same video, Smith was heard saying, “me too” before placing his hand on the lawmaker’s crotch.

Cawthorn has also been accused of providing Smith with free gifts, such as rent, without disclosing it.

“We welcome the opportunity to prove that Congressman Cawthorn committed no wrongdoing and that he was falsely accused by partisan adversaries for political gain,” Blake Harp, the lawmaker’s chief of staff, told The Hill. “This inquiry is a formality. Our office isn’t deterred in the slightest from completing the job the patriots of Western North Carolina sent us to Washington to accomplish.”

News of the ethics probe comes six days after Cawthorn lost his bid for reelection in a Republican primary, falling to State Sen. Chuck Edwards by fewer than two percentage points.

Cawthorn did not take the loss gracefully, calling on “Dark MAGA” to topple “the Uni-party” in a Thursday Instagram post and saying that “the time for gentile [sic] politics as usual has come to an end.”

“It’s time for the rise of the new right, it’s time for Dark MAGA to truly take command,” he wrote, referring to the Make America Great Again acronym.

“We have an enemy to defeat, but we will never be able to defeat them until we defeat the cowardly and weak members of our own party. Their days are numbered. We are coming.”

Leading up to last week’s election, Cawthorn increasingly drew the ire of his fellow Republicans over several controversial actions and statements – including calling Ukrainian President Volodymyr Zelensky a “thug” in charge of an “incredibly evil” government in March.

The North Carolinian Republican has been busted twice for attempting to carry a gun on an airplane and has been charged for driving with a revoked license.

Cawthorn has also been accused by a former staffer of denying her emergency leave after two unexpected family emergencies.

Additionally, the lawmaker has received flack over various photos or videos that have been leaked – including one that showed the congressman wearing little or no clothes as he thrust his pelvis towards another man’s head.

“The sexual perversion that goes on in Washington, I mean, being kind of a young guy in Washington, where the average age is probably 60 or 70 — [you] look at all these people, a lot of them that I’ve looked up to through my life … Then all of a sudden you get invited. ‘We’re going to have a sexual get-together at one of our homes, you should come.’” He said on a podcast in March.

House Minority Leader Kevin McCarthy (R-Calif.) blasted the North Carolinian over the accusations saying Cawthorn “lost” his trust and would “have to earn it back.

Cawthorn’s office did not immediately respond to The Post’s request for comment.

I worry Democrats won’t concede and other commentary

nypost.com - 2 years ago
Liberal: I Worry Dems Won’t Concede “I find myself truly worried about only one scenario” this November, reveals Shadi Hamid at The Atlantic: President Trump “will win re-election, and Democrats and others on the left will be unwilling, even unable, to
Read More

NYC to run out of monkeypox vaccine by Monday, awaits Biden resupply

nypost.com - 2 months ago
"New York City is among the first in the nation to offer monkeypox vaccinations and as of this afternoon, all available appointments are booked through Monday."
Read More

nypost.com - 3 months ago
Spanish soccer player Santi Mina was sentenced to four years in prison on Wednesday after being found guilty of sexual abuse.
Read More

Paige VanZant gets over Bare Knuckle boxing loss in a bikini

nypost.com - 2 years ago
Paige VanZant is enjoying the sunshine after a cloudy day. Taking to Instagram, the 26-year-old fighter — who lost to Britain Hart on Friday in her Bare Knuckle Fighting Championship debut — shared a photo of herself in a bikini on the beach. Captioning
Read More
More News & Articles