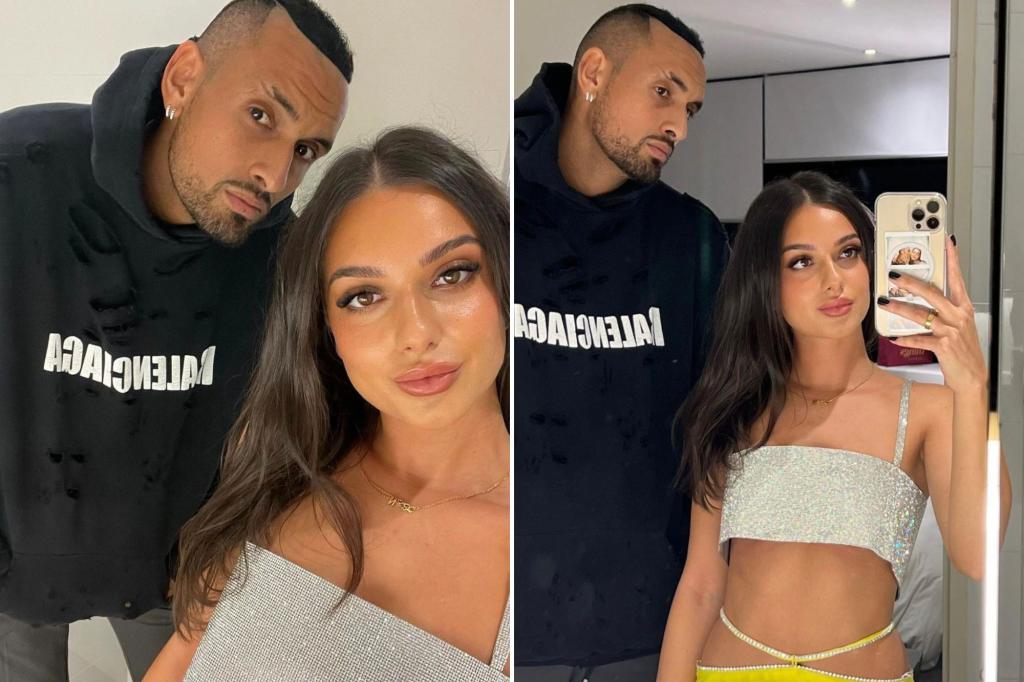 It seems wedding bells might soon be ringing for Nick Kyrgios and girlfriend Costeen Hatzi.

The Australian tennis star, 27, dropped a major hint about his future with fashion blogger Hatzi, 22, during a recent Instagram Q&A, revealing when the two may tie the knot.

“Very soon,” Kyrgios said in an Instagram Story, according to the Daily Mail.

Kyrgios and Hatzi have been at the center of engagement rumors for some time, with the pair initially sparking buzz in April after the athlete shared a curious message on social media that featured a ring emoji.

In an interview with The Daily Telegraph this month, Kyrgios proudly declared that Hatzi is “definitely the one.”

“I guess for me as an athlete, just to know that I have got that person there that can overcome and have that shoulder to lean on whenever I need, that is what I love about her,” Kyrgios said of Hatzi’s support.

Since making their romance public in late 2021, Kyrgios and Hatzi have been nearly inseparable, with the couple frequently posting about their travels on social media. Hatzi herself opened up about life on the road with Kyrgios in March, noting it’s been an adjustment.

“It was a little overwhelming at first but definitely getting used to it,” she said in an Instagram Story at the time. “Nicks team is so friendly and we’re all supportive so it works well when we travel.”

Hatzi also addressed the “pros & cons” that come with having a public relationship.

“You definitely have to be secure within yourself & in the relationship or else the relationship will just be problematic. There’s constant articles & opinions that are unwarranted, but that comes with the lifestyle,” she said in March.

“As long as we are both strong & happy that’s all that matters. All the external noise is irrelevant.”

nypost.com - 1 year ago
The director of "Grown-ish" was so shaken up by his Tuesday morning near-miss that he recounted it to his crew even before news of the golfing legend's horrifying crash first broke, according to TMZ and The Sun.
Read More

Francisco Lindor back in Mets lineup despite fractured finger

nypost.com - 3 weeks ago
Francisco Lindor’s sore right middle finger is fractured, but not to the extent of keeping him removed from the Mets lineup.
Read More

nypost.com - 2 months ago
A Florida ex-convict accused of fatally shooting his wife in front of her young daughter and other children has pleaded not guilty to the horrific slaying.
Read More

nypost.com - 2 years ago
Senate Majority Leader Mitch McConnell on Thursday revealed that he stopped going to the White House two months ago because of how officials there are handling coronavirus safety protocols. The top Republican in Congress, who regularly wears a mask in
Read More
More News & Articles