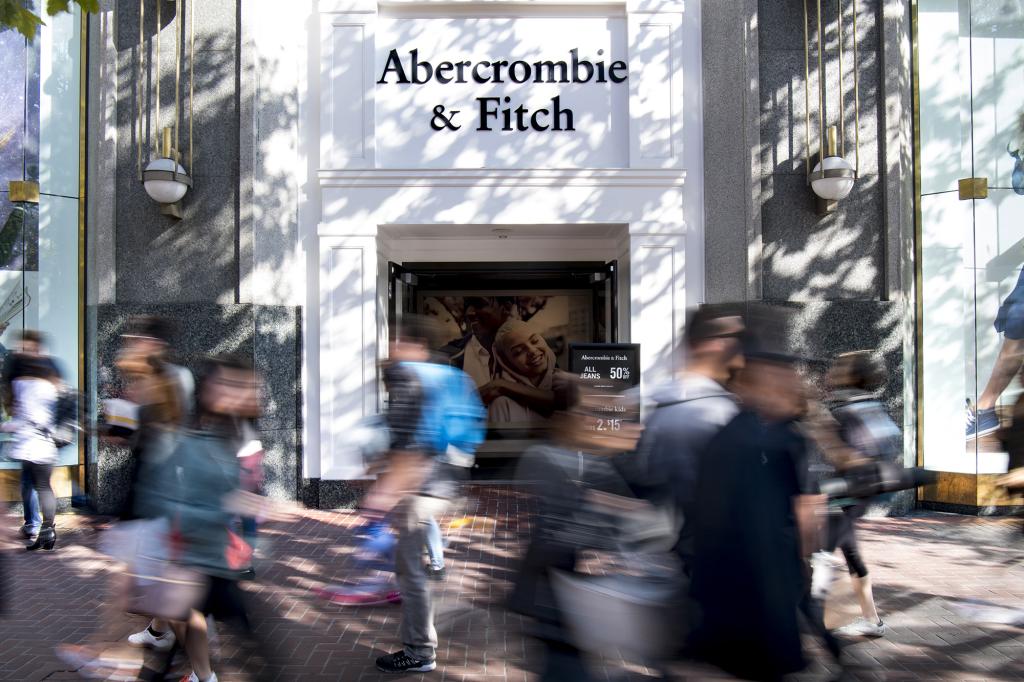 Shares of Abercrombie & Fitch plunged more than 30% after the teen apparel retailer, once known for its skimpily clad models, lowered its financial forecast, citing disappointing sales and rising costs.

The mall-based chain, which also owns Hollister and Gilly Hicks, slashed its sales outlook for the year, saying that revenues will remain flat or up 2% compared to its previous forecast of 2% to 4% growth.

Wall Street had been expecting 3.5% growth. The retailer reported a $14.8 million loss in the quarter ended April 30.

“Looking forward, we expect higher costs to remain a headwind through at least year-end,” said chief executive Fran Horowitz in a statement. “We will continue to manage expenses tightly,” she added.

The company blamed the loss on its increasing costs as inflation hits a 40-year high. It’s hardly alone as other major retailers including Walmart, Target and Kohl’s all flagged that consumers are spending more cautiously.

The slowdown in spending is contributing to A&Fs inventory buildup, the company said, pointing to a 45% increase compared to a year ago.

Overall sales at the New Albany, Ohio-based company rose by 4% in the quarter to $781 million while Hollister sales were down 3% compared to a year ago and Abercrombie & Fitch sales rose by 13%.

Horowitz, who has been CEO since 2017, was responsible for toning down the sexualized marketing at the company, spearheaded by her predecessor, Mike Jeffries. She’s ditched bare-chested male models, added plus-size models and leaned into the “body positivity” movement.

In March, Netflix released a documentary about that era in the late 1990s and early 2000’s called “White Hot: The Rise and Fall of Abercrombie & Fitch.”

nypost.com - 10 months ago
Nichols was involved in a very public controversy with Maria Taylor during the NBA Finals.
Read More

nypost.com - 9 months ago
Alex Rodriguez became the talk of Twitter during his wild-card broadcast on ESPN – and not for a good reason.
Read More

nypost.com - 10 months ago
The movie’s not even out, but some reviews are already in, and commentators want to know: Who greenlighted this?
Read More
More News & Articles