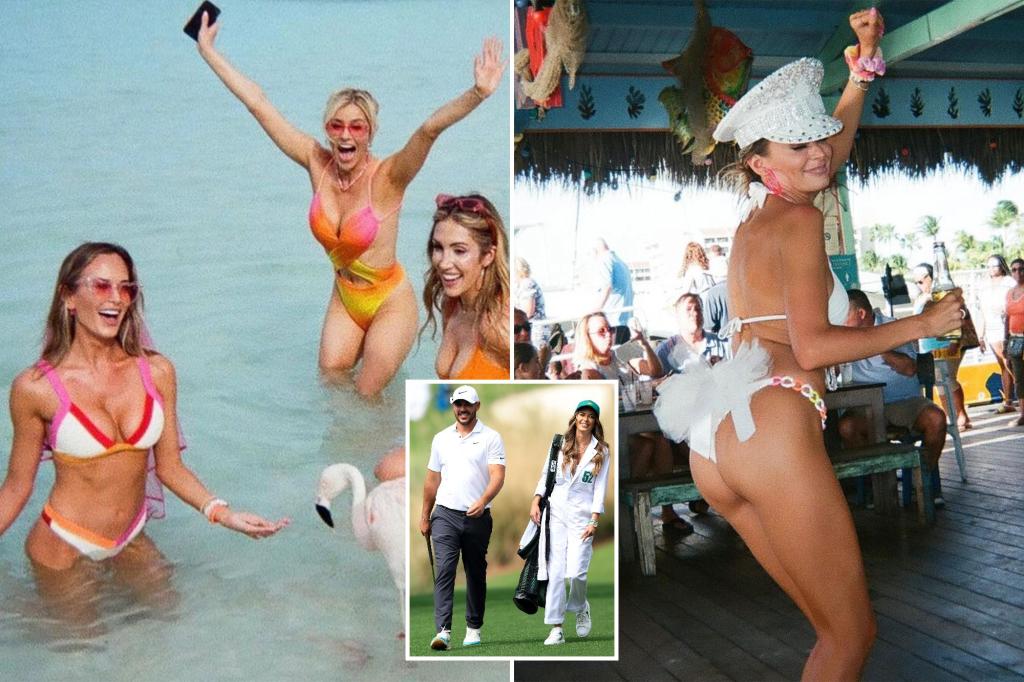 Jena Sims is giving the people what they want.

Taking to Instagram, the soon-to-be Mrs. Brooks Koepka shared more photos from her April bachelorette bash in Aruba, where she celebrated with her nearest and dearest.

“Bachelorette content is never over 😉,” Sims recently quipped in the post’s caption.

In one photo, Sims is seen splashing around in the water as she hangs with a flamingo and her gal pals, and dancing in a white bikini in another. Other shots appear to feature moments captured from inside the group’s private jet.

Sims, 33, who announced her engagement to Koepka, 32, last year, previously gushed about her bachelorette party on social media, telling her followers that she was “still speechless” over the epic trip.

“I cried so many happy tears seeing my friends from different phases of my life (childhood, college, pageants, Los Angeles, and now Jupiter) bonding and forming relationships. 🥲 I felt so celebrated, loved, and present,” she posted last month.

Before jetting off to an island paradise, Sims supported Koepka at the 2022 Masters. During the tournament, which took place in early April, the Steve Madden collaborator participated in the annual par-3 event, in which the loved ones of golfers act as their caddies.

Sims and Koepka will soon be tying the knot in a destination wedding. Although many of the details are under wraps, Sims told The Post last month the longtime couple isn’t sweating the small stuff in terms of wedding plans.

“We’re not too hung up on just the extravagance, we want — at the end of the day, we’re marrying each other, we already feel like we’re married,” Sims said. “We just want everyone to have a good time, and not stress about some of the big details.”

nypost.com - 2 years ago
The Cleveland Indians are dropping their controversial nickname, according to a report. Following in the footsteps of the Washington Football Team, Cleveland will remove the “Indians” moniker many consider racist, the New York Times reported. The
Read More

Mom left fighting for her life, loses part of ear after being told sepsis was ‘probably the flu’

nypost.com - 7 months ago
A UK mother was left fighting for her life, and lost part of an ear, after she contracted sepsis during childbirth -- but a midwife told her she probably had the flu.
Read More

Journalists pray for miracle to stave off Tribune takeover by Alden

nypost.com - 1 year ago
Now that talks have broken off between Tribune Publishing and hotel magnate Stewart Bainum, the newspaper company’s journalists are hoping for a miracle to derail a $634 million bid by cost-cutting hedge fund Alden that will give it control of the New Yor
Read More
More News & Articles