The Elizabeth line, the latest addition to London’s sprawling tube system, officially opened on Tuesday after years of construction, allowing Londoners to board spacious new trains and walk the cathedral-like halls of the stations.
Author: Megan Specia
Published: 2022-05-24 02:54 pm 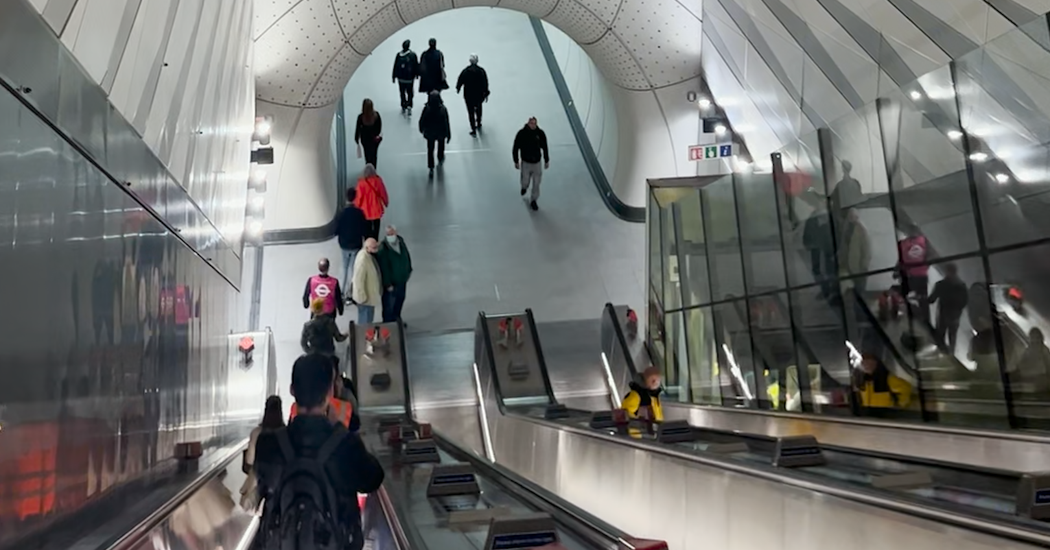 The Elizabeth line, the latest addition to London’s sprawling tube system, officially opened on Tuesday after years of construction, allowing Londoners to board spacious new trains and walk the cathedral-like halls of the stations.

I hopped on board with thousands of riders →

The line, also known as the Crossrail, stretches across London from east to west, has been 13-years in the making, and will eventually run for more than 62 miles once all stations are opened.

At Paddington station, I met Prateek Karandikar, a public transport enthusiast who lives in central London. He got up before dawn to be on the first train open to the public.

The line has 41 accessible stations, 10 of which are new.

Brendon Taylor, 18, a disability rights advocate from Bristol, described his ride as “mind-blowing.‘’ A journey that once took him two hours will now take him 15 minutes.

“Since we are old Londoners, we can ride for free!” Mr. Grant said with a chuckle.

The line’s namesake, Queen Elizabeth II, made a surprise visit to the Elizabeth line at Paddington station last week.

The line opened a week before national celebrations marking her Platinum Jubilee.

In the first three-and-a-half hours of the train running, more than 130,000 rides were taken.

But the line is still only partially operating, with full service scheduled to begin in May 2023.

Read more on the Elizabeth line:

www.nytimes.com - 12 months ago
In a bold move, Stewart Rhodes, the founder and leader of the right-wing militia group, sat for an interview with federal agents after they seized his phone in May.
Read More

Ellen DeGeneres to End Her Talk Show in 2022

www.nytimes.com - 1 year ago
“The Ellen DeGeneres Show” suffered a steep decline in ratings this season after the host addressed accusations of a toxic workplace.
Read More

www.nytimes.com - 1 year ago
More than 1,200 cases have been reported, mostly mild and more often in young men and boys. The benefits of vaccination still far outweigh the risks, experts said.
Read More

CNews, a Fox-Style News Network in France, Rides a Wave of Discontent

www.nytimes.com - 9 months ago
CNews, the creation of the billionaire Vincent Bolloré, has become France’s No. 1 news network by giving a new bullhorn for right-wing views on crime, immigration, climate and Covid.
Read More
More News & Articles