“We continue to urge Pyongyang to cease its destabilizing and provocative activities and choose the path of diplomacy," a top State Department official said.
Author:
Published: 2022-06-07 04:08 pm 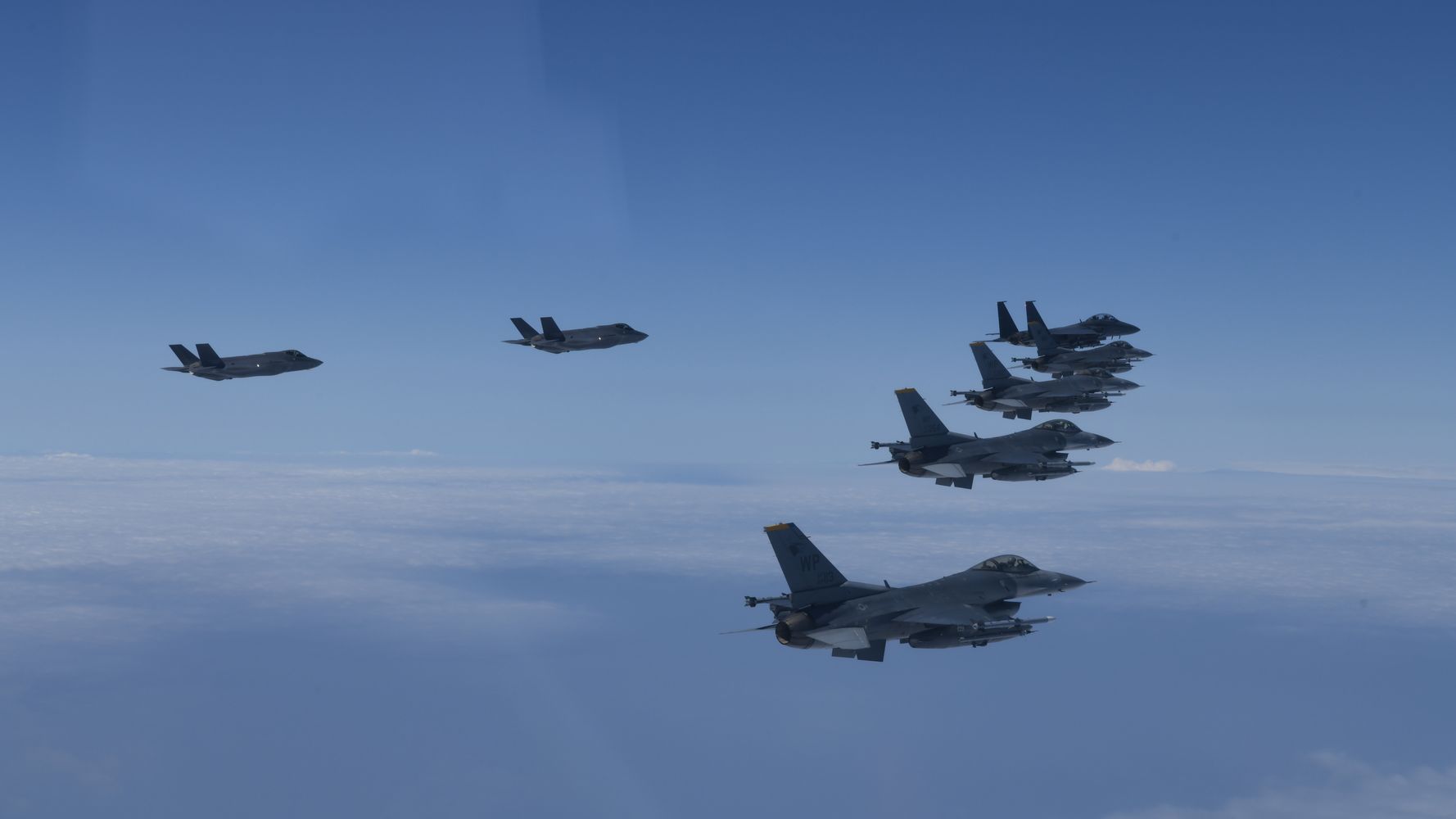 The United States warned North Korea Tuesday it would face a “swift and forceful” response if the country moved ahead with any test of its nuclear weapons.

South Korea and the U.S. flew dozens of fighter jets near the Korean Peninsula the same day in a joint show of force, hoping to demonstrate to North Korean leader Kim Jong Un that the countries’ militaries would quickly respond to any provocations.

The demonstration comes amid increased tensions with Pyongyang and growing concern the Kim regime could be on the cusp of another nuclear demonstration, its first since 2017. North Korea launched a barrage of short-range ballistic missiles on Sunday, just a day after the U.S. and South Korea held joint naval exercises near the Korean Peninsula.

On Monday, the U.S. and South Korea fired their own barrage of ballistic missiles in a tit-for-tat, demonstrating the Biden administration’s harder line against the country’s antagonistic weapons program.

North Korea has been extremely active with military tests after a relatively quiet period, launching 18 rounds of missiles in 2022 alone, more than both 2020 and 2021 combined. Defense analysts have said for months that North Korea appears to be working on its Punggye-ri test site, the country’s only known nuclear facility. The International Atomic Energy Agency also said Monday that North Korea may have opened an access way to the underground testing site, which could signal preparation for another nuclear test.

“Any nuclear test would be in complete violation of U.N. Security Council resolutions. There would be a swift and forceful response to such a test,” U.S. Deputy Secretary of State Wendy Sherman said Tuesday after meeting with her counterparts in Seoul. “We continue to urge Pyongyang to cease its destabilizing and provocative activities and choose the path of diplomacy.”

“The entire world will respond in a strong and clear manner,” Sherman continued, per Yonhap News. “We are prepared.”

If Kim does test another nuclear weapon, the act could pose a serious challenge to President Joe Biden after a period of relative calm with North Korea during the COVID-19 pandemic. Nuclear negotiations have stalled since 2019, and any test could force the U.S. and its allies to reckon with Pyongyang as a nuclear armed power and give Kim more strength negotiating economic and security deals, the Associated Press notes.

The Biden administration and South Korea’s president, Yoon Suk-yeol, have vowed to punish North Korea for any further nuclear tests, including through increased sanctions that could further hamstring the already isolated nation. But it’s unclear how far any sanctions could go amid disagreement between the permanent members of the United Nations’ Security Council about how best to rein in North Korea.

North Korea’s weapons testing hasn’t slowed despite the country being in the grips of its first major outbreak of the coronavirus. Pyongyang reported nearly 74,000 new cases on Sunday, saying it had had more than four million since late April. Almost all North Koreans are thought to be unvaccinated, and the country has rejected any offers of medical assistance.

www.huffpost.com - 3 weeks ago
In his over 50 years in the entertainment business, Sorvino was a mainstay in films and television.
Read More

www.huffpost.com - 8 months ago
Google wants Jonathan Kanter to recuse himself from DOJ’s antitrust case against the company.
Read More