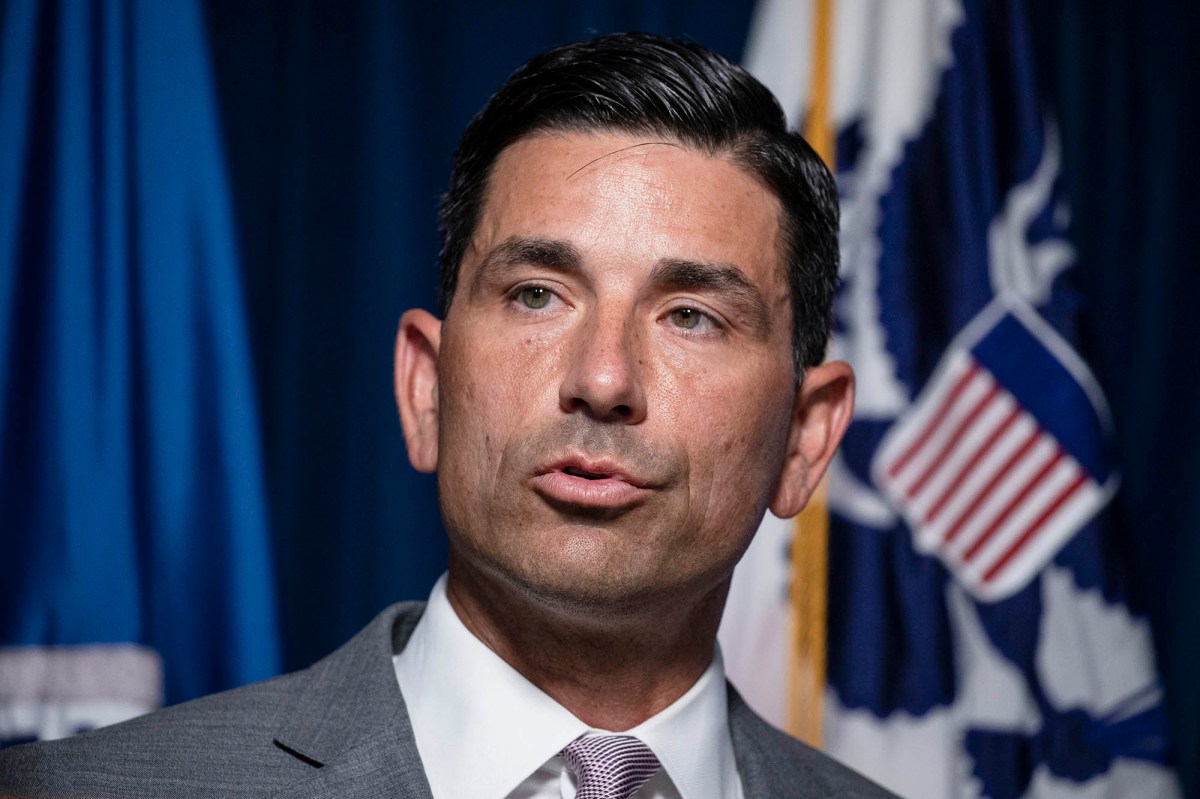 The White House on Wednesday evening instructed Wolf to fire Krebs after he openly dismissed claims of voter fraud in the Nov. 3 election.

“He gave us a bunch of reasons why he didn’t want to do it and he said no,” a senior White House official told The Post about Wolf’s refusal.

“If anything, Chad is carrying Krebs’ water,” the source added.

Krebs, a former Microsoft executive, has since 2017 led DHS’s Cybersecurity and Infrastructure Security Agency (CISA) and recently launched a “Rumor Control” website to debunk claims of voter fraud. A CISA panel declared Thursday that the “November 3rd election was the most secure in American history,” rejecting Trump’s claims of widespread fraud.

A different administration official said “the president wants to fire him” and “Chad Wolf is refusing.”

Both officials told The Post that there was no ambiguity about whether the termination order came from the president, who says fraud resulted in narrow unofficial losses to Biden in crucial swing states.

“Honestly, it was the president saying, ‘What the heck is this guy doing? He’s giving me grief before the election and now he’s saying there’s nothing wrong in the world?'” the White House official said.

A third person familiar with the matter noted concern that Krebs employs as his senior adviser for election security an Obama appointee, Matt Masterson.

“Chad was asked by the president to fire Anonymous’ best friend and he’s refusing,” the administration official said. “He is not managing his agency but that should not surprise anyone because he is a [former DHS Sec. Kirstjen] Nielsen lackey.”

Taylor did not respond to a request for comment from The Post about whether Krebs is indeed a friend.

It’s unclear if Trump will use his unilateral right to dismiss Krebs from his post without Wolf’s assistance, officials said.

A spokesman for Wolf said, “All political appointees serve at the pleasure of the president. The White House has unilateral authority in hiring and firing of presidential appointees.”

Wolf, in office less than a year, immediately preceded Taylor as Nielsen’s chief of staff. But he’s an unlikely face of lame-duck resistance to Trump after regularly backing he president’s policies in public and helping put down anti-police brutality riots this year.

Among Krebs’ sins, according to sources, is his decision to host an election-night gathering at a northern Virginia office building — described by a detractor as a watch party. A document reviewed by The Post indicates it was attended by two staffers of Dominion Voting Systems, whose platform miscounted some Michigan votes.

Dominion software’s widespread use across states is a focus of Trump backers claiming fraud.

Krebs told associates this week he believes he will be fired, according to reports, and some detractors believe he is trying his best to get terminated — potentially to boost future career opportunities.

On Thursday, Krebs retweeted a message urging people not to circulate “wild and baseless claims about voting machines, even if they’re made by the president.”

“Krebs is trying to make himself a resistance hero obviously,” the senior official said.

The official added: “It’s not surprising that Wolf would be protecting someone who worked closely with him under Nielsen along with Anonymous. It kinda makes you wonder if they’re putting the Resistance ahead of the president they are supposed to be serving.”

nypost.com - 6 months ago
Seven pro-democratic lawmakers were arrested in Hong Kong on Sunday on charges related to obstructing a legislative council meeting in May, they said on Facebook, a move that comes after Beijing passed a contentious security law in June. The arrests, whic
Read More

nypost.com - 8 months ago
The Jets had their full complement of wide receivers on the field Wednesday for the first time since training camp began. The injury news is finally looking up, with both Breshad Perriman (knee) and rookie Denzel Mims (hamstring) practicing fully as the
Read More

nypost.com - 1 month ago
Heartbreaking video captured by a US Border Patrol officer shows a ​frightened little boy, tears streaming from his eyes, pleading for help, apparently abandoned after crossing the Rio Grande river in Texas. The boy carefully approached​ ​a car​ whose
Read More

nypost.com - 4 weeks ago
Hideki Matsuyama’s Masters reign started very casually. The 29-year-old, who became the first male Japanese golfer to win a major championship, was spotted at the airport waiting to board a commercial flight to Chicago on Monday with his green jacket slun
Read More
More News & Articles