Golden Tate is owning up for his outburst that earned him a spot on the Giants bench. Nearly two weeks removed from yelling, “Throw me the damn ball” at his own sideline in a loss to the Buccaneers, which led to him being inactive last week against
Author: Greg Joyce
Published: 2020-11-13 03:37 pm 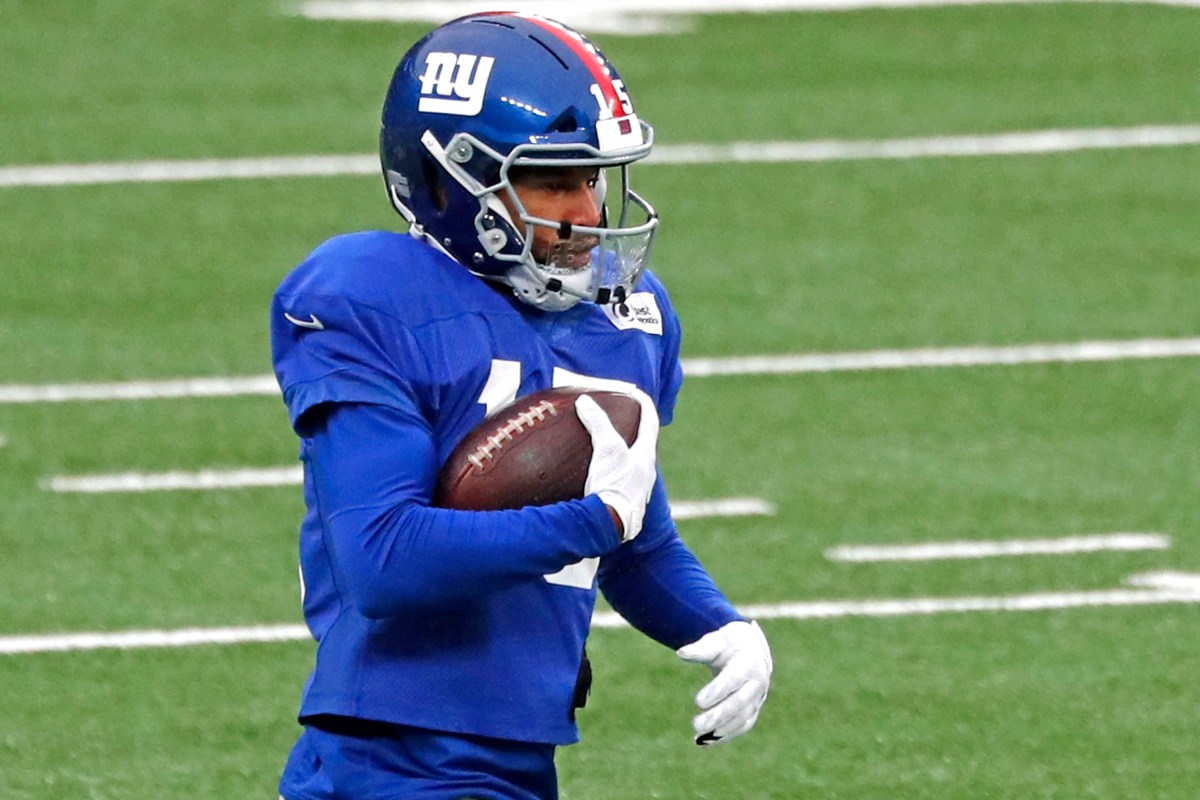 Golden Tate is owning up for his outburst that earned him a spot on the Giants bench.

Nearly two weeks removed from yelling, “Throw me the damn ball” at his own sideline in a loss to the Buccaneers, which led to him being inactive last week against Washington, Tate spoke for the first time Friday and said it won’t happen again.

“I just got caught up in the moment,” Tate said. “I was wrong to draw attention to myself. I take full responsibility for that. I handled it the wrong way and brought negative attention to our organization. It was something that won’t happen again.”

Tate said he wasn’t trying to get traded by making his demand for the ball, but wanted to help the team win however he could. In the aftermath of his public plea, Tate was told to stay home for one practice and then spent time on the scout team the rest of the week before not making the trip to Washington.

“I was definitely disappointed, but there’s consequences for your actions,” Tate said. “My actions were unacceptable and I apologized to the team, the GM, the coaches, the offense. I’m excited to move forward. But I did have fun on scout team, that was fun. I enjoyed it.”

Tate said he had a “productive” conversation with coach Joe Judge about how he can be better.

The 32-year-old, who still has two years left on the four-year, $37.5 million contract he signed in 2019, was asked if he saw himself finishing it in New York.

“I plan on honoring my contract the best I possibly can,” he said. “Like I said earlier, I want to be here. I love this organization, what it represents and the direction we’re heading in. Hopefully I’m a part of it.”

Majority of voters say they don’t want Trump to run in 2024, poll finds

nypost.com - 10 months ago
A majority of voters do not want to see President Trump run for the White House again in 2024, while 42% said history would remember him as “one of the worst presidents,” according to a new poll from Fox News. The poll found a decisive 57% of voters would
Read More

nypost.com - 7 months ago
A Texas eighth-grader was shot with BB guns and duped into drinking his own urine in a racially motivated attack by classmates, his attorney claims. SeMarion Humphrey, a 13-year-old at Haggard Middle School in Plano, attended a sleepover at a white
Read More

nypost.com - 3 months ago
So far, this beat up, Scranton-infused version of the Yankees has had more success against the Red Sox than the usual team. They won a second straight over Boston on Sunday night in The Bronx, 9-1, and finished the series seven back of the AL East-leading
Read More

nypost.com - 6 months ago
The Post’s Ryan Dunleavy gives his top 10 edge rushers in this year’s NFL draft, based on evaluations and conversations with people around the league: Kwity Paye, Michigan, 6-2, 261 lbs.: Ran a lightning-fast 6.71-second three-cone drill to test agility i
Read More
More News & Articles