"I lost my arm, my leg and was financially ruined. But, somehow, that led me to a grand adventure," he told the Guinness Book of World Records.
Author: adiaznyp
Published: 2022-06-24 06:40 pm 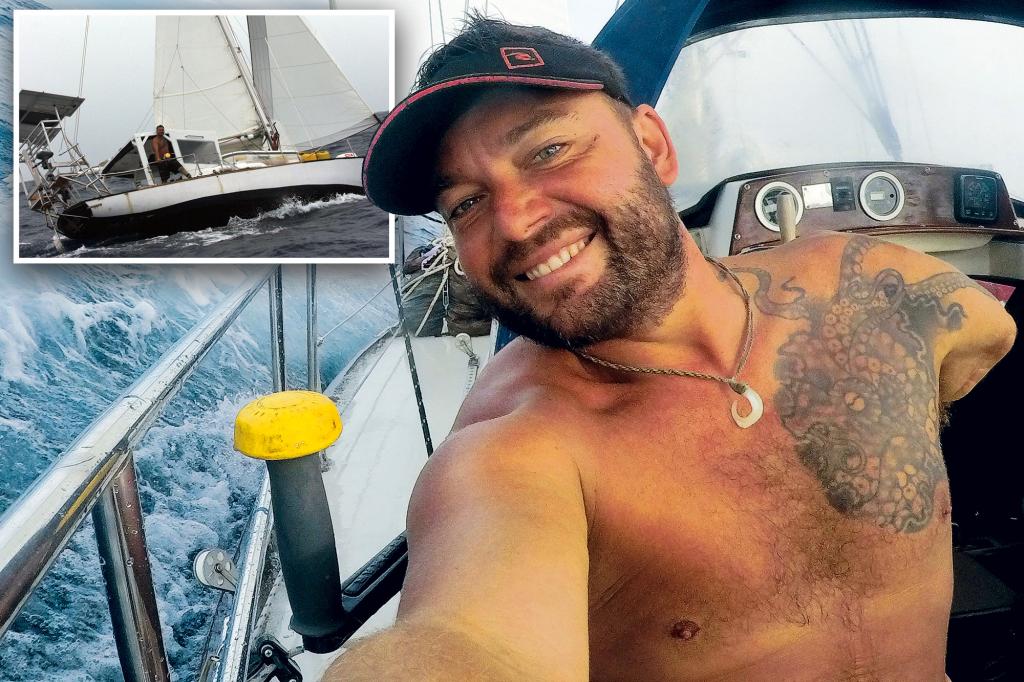 A Hawaiian man who lost his left arm and leg after he was hit by a drunk driver set a new world record for the first solo voyage around the world completed by a double amputee.

Dustin Reynolds, who had never sailed alone before, returned home in December after a seven-year trip around the world starting and ending in his home state.

The “Single-Handed Sailor” wanted to redefine his life after suffering from his terrible accident.

Reynolds was hit head-on by a drunk driver while riding his motorcycle in 2008. The horrific crash left Reynolds with a punctured spleen and lung, as well as a broken scapula, and resulted in a double amputation.

After medical bills piled up, Reynolds was left bankrupt with only his carpet cleaning business and a run-down fishing boat. One day he came across a list of people who set records for sailing around the world — and he noticed there was no double amputee on the roster.

“I lost my arm, my leg and was financially ruined. But, somehow, that led me to a grand adventure,” he told the Guinness Book of World Records.

Reynolds sold his company and fishing vessel for $12,000 and bought a sailboat. He spent the next year repairing his new boat and teaching himself how to sail by reading books and watching YouTube tutorials.

“I don’t think anything could have fully prepared me. I mostly tried to get the boat in the best shape possible, spare parts for everything you can think of, and lots of food and rum,” the adventurer said.

Reynold’s boat is not specially designed for a disabled person, so he was even forced to use his teeth to raise the sail.

“There are tons of challenges in doing everything with one hand and fatigue doing everything alone,” he explained. “My biggest worry would be falling overboard. There is nobody to come back for me.”

But after his wild journey — which included visits to 36 countries and overseas territories — Reynolds said he “honestly” thought that sailing around the world is statistically safer than driving in city traffic.

He had originally planned to spend about five years sailing around the world but was often delayed by COVID restrictions and issues with his boat — which added on an extra two years.

“No matter how tired or lonely I got, the finish line was always in sight; usually with a burger and beers,” Reynolds said. He was able to connect with friends and family via text at times but spent most of his time alone or making new friends.

“I appreciate the lack of internet and distractions. It’s nice to just be with your own thoughts and think things through,” he said.

The sailor spent a total of 11 months at sea completely alone — except for some animal companions.

“The whales, seabirds and dolphins were always welcome company, even though the seabirds loved pooping on my solar panels,” Reynolds recalled.

“My most unique encounter was with a juvenile whale shark that swam right up to my boat about 250 miles southwest of Mentawai,” he continued of the adventure. “I had been becalmed for nearly a week and jumped in and swam with him for about 45 minutes.”

During his trip, the sailboat broke down several times, leaving Reynolds with repairs the bankrupt sailor couldn’t afford, so he began crowdfunding to continue his trip. He has since returned home to Hawaii with new skills, friends, memories and plans for adventure.

Reynold’s next goal: to become the first double amputee to land on the moon.

“I think I’ll need a much more successful crowdfunding to finance that one,” he joked.

But until then, Reynolds plans to “pay forward” the kindness of those who supported his voyage through public speaking and by writing a book about his adventure.

Dems’ bid to tax $2.2T from rich and big biz will be middle class warfare

nypost.com - 11 months ago
Benjamin Franklin was right about death and taxes, but new taxes only become inevitable when a Democrat is elected president, and here we are. The House Ways and Means Committee released an outline of tax proposals to offset President Biden’s jaw-dropping
Read More

nypost.com - 5 months ago
All the world’s a stage, especially at this house, which has a set piece to prove it.
Read More

nypost.com - 1 year ago
A New Jersey police chief accused of offering one of his cops a promotion if the officer let him have sex with his wife or underage daughter should be demoted, a hearing officer ruled. Vineland Police Chief Rudolph Beu was found guilty of failure to
Read More