A version of this article first appeared in the "Reliable Sources" newsletter. You can sign up for free right here.
Author:
Published: 2022-06-27 12:17 am 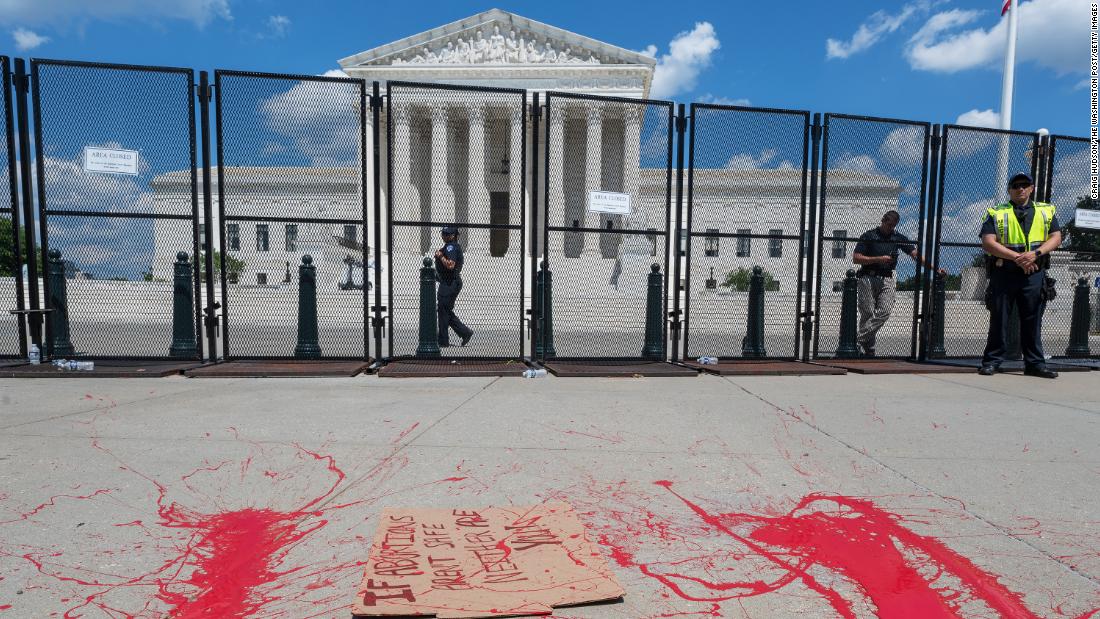 New York (CNN Business)A version of this article first appeared in the "Reliable Sources" newsletter. You can sign up for free right here.

The decision is even topping the BBC's homepage, with a story about what it means for the midterms. And The Guardian is highlighting a column arguing that the US is edging "closer and closer to civil war."

With the issue of abortion now returned "to the states," as many Republicans said in celebrating the ruling, local reporting is indispensable. It's more expensive and time-consuming than a left-versus-right debate, but it's also much more valuable. After all, the landscape is suddenly quite different depending on whether you're in, say, Wisconsin or neighboring Minnesota. On-the-ground coverage is essential to readers near and far. Here are some recent examples:

>> In Missouri, where abortion is now illegal, the St. Louis Post-Dispatch described how two clinics in Illinois were bracing for a "surge" of patients...

>> In Kentucky, the front page of Sunday's Lexington Herald-Leader showcased a story about how organizations in the state prepared for the abortion ban. The headline was a quote from an OB-GYN: "It's still health care, and it's still needed..."

>> In Oklahoma, residents had already "been living in a post-Roe world," Dana Branham of The Oklahoman reported, since "abortions ceased in Oklahoma about a month ago, when a law went into effect banning the procedure at any point during pregnancy." Still, the court's decision left abortion rights advocates devastated and "prompted celebration for conservative state leaders..."

>> In Louisiana, NOLA.com health care reporter Emily Woodruff wrote about providers "expecting to see a surge in drastic measures." She interviewed a 16 year old who couldn't get an appointment for an abortion and heard from a friend about a do-it-at-home option...

>> In Arkansas, Sunday's front page of the Democrat-Gazette said the "next step" is seeing how local prosecutors will be "enforcing" the state's abortion ban...

>> In Alabama, "waves of demonstrations" continued on Sunday, Shauna Stuart reported for AL.com...

Reporters from national media outlets are also playing key roles in telling local stories. Over the weekend CNN correspondent Nadia Romero was stationed outside the Jackson, Mississippi abortion clinic at the center of the SCOTUS ruling. She described how men with anti-abortion signs were "confrontational" and "threatening" outside the clinic on Saturday morning, but she continued her live shots despite the disruptions.

The 19th's Chabeli Carrazana was stationed at a clinic in San Antonio when abortion procedures abruptly had to stop on Friday. "Across Texas and other states where trigger bans are in place," she wrote, "the same scene was playing out simultaneously: Waiting rooms were emptied. Waitlists were pulled up. Phone calls were made to people who had their abortions scheduled." Some "cried," some "screamed," and some "begged for help," she reported.

Stephania Taladrid wrote for The New Yorker about similar scenes in Houston, at "one of America's largest abortion clinics."

Caroline Kitchener, who covers abortion for the Washington Post, continues to stand out by interviewing stakeholders and seeing around corners. On Sunday she led the Post's front page with a must-read story about how antiabortion activists want to "capitalize on their momentum." Some of what's being talked about: "Enshrining constitutional abortion bans, pushing Congress to pass a national prohibition, blocking abortion pills, and limiting people's ability to get abortions across state lines."

>> Kitchener tweeted, "Right when I started this beat, I asked an antiabortion lawmaker when they'd be done. 'Never,' they told me — because abortion is murder, and we can't stop until there's no more murder, anywhere. So I believe them when they say this is just the beginning..."

Demonstrations against the SCOTUS decision mobilized in many cities on Friday and again throughout the weekend. Digital Forensic Research Lab's Jared Holt wrote about right-wing influencers who stoked "fears of left-wing mass violence" that clearly did not come to fruition. However, there were reports of vandalism and other damage at a number of Christian pregnancy clinics. In Rhode Island, a Democratic candidate was allegedly hit in the face by her Republican rival. In Iowa, the driver of a truck hit abortion rights supporters. There were several tense episodes between police officers and protesters. Journalists in L.A. called attention to the LAPD's aggressive treatment of media observers: "Over the course of several hours, LAPD officers repeatedly ignored recently expanded protections established for journalists covering protests in the state and used physical force to remove them from areas where they had a right to be, journalists said..."

At the start of Sunday's "Reliable Sources," I noted that Google Trends is a valuable resource in the aftermath of Roe's demise. According to my queries of the database on Sunday, Google searches for the question "can I get an abortion" are especially high in states where the procedure is now illegal, like Missouri, Kentucky, Arkansas, and Oklahoma. Searches for the term "abortion pills" are also elevated in some red states.

>> Axios also wrote about this on Sunday: "Searches for 'abortion clinic near me' over-indexed in the Southeast, where a number of states had trigger laws on the books..."

>> Another notable stat from the poll: "Today, just 19% of Americans feel things in the country are going well..."

www.cnn.com - 2 years ago
Three skiers are missing after getting caught in a large avalanche between the Colorado towns of Silverton and Ophir, according to a preliminary report from the Colorado Avalanche Information Center.
Read More

www.cnn.com - 11 months ago
The annual Macy's Thanksgiving Day Parade will be a lot more like its old self in 2021, with a return to a more traditional route and the public lining the streets of Manhattan to watch.
Read More

Teen survives 10-inch knife lodged in face: 'It could have been the end of me'

www.cnn.com - 3 years ago
When Dr. Koji Ebersole laid eyes on the boy whose face was impaled on a 10-inch knife, the neurosurgeon thought,"here we go again."
Read More