Sri Lanka sends 2 ministers to Russia for oil amid crisis

Sri Lanka is sending two ministers to Russia to negotiate for fuel, a necessity that the Indian ocean island nation has almost run out of amid its ongoing economic crisis
Author:
Published: 2022-06-27 01:46 am 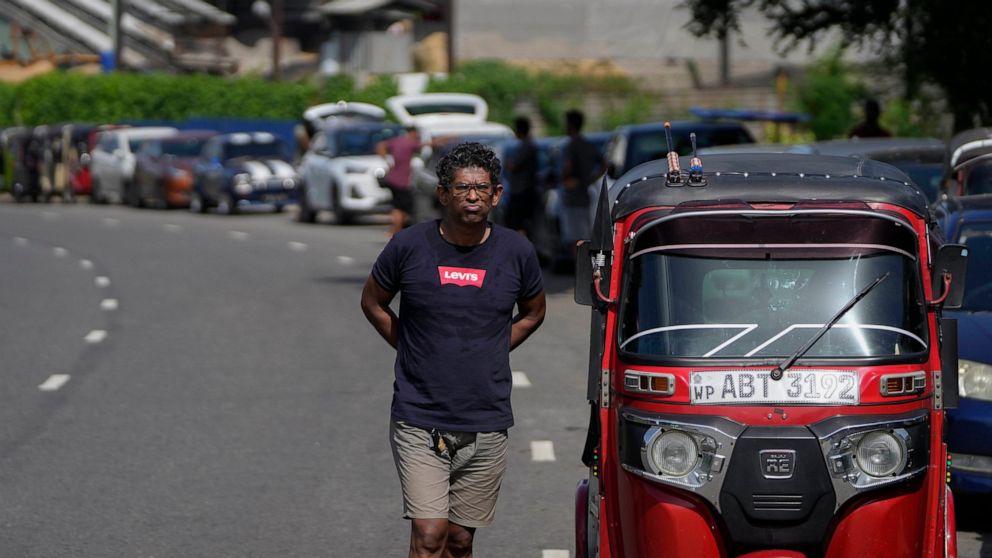 Sri Lanka is sending two ministers to Russia to negotiate for fuel, a necessity that the Indian ocean island nation has almost run out of amid its ongoing economic crisis

COLOMBO, Sri Lanka -- Sri Lanka is sending two ministers to Russia to negotiate for fuel — one of the necessities that the Indian ocean island nation has almost run out of amid its ongoing economic crisis.

Power and Energy Minister Kanchana Wijesekera said two ministers are scheduled to leave for Russia on Monday to continue in person talks that Sri Lanka has been having with Russian authorities to directly purchase fuel, among other related issues.

He urged people Saturday not to line up for fuel, saying new shipments would be delayed due to “banking and logistics reasons.”

He said limited stocks of fuel will be distributed to limited stations throughout next week. He said until the next shipments arrive, “public transport, power generators and industries will be given a priority.”

Residents have had to queue for hours and sometimes days to get fuel, sometimes resorting to burning charcoal or palm fronds for cooking.

Since Russia’s invasion of Ukraine in late February, global oil prices have skyrocketed. While Washington and its allies are trying to cut financial flows supporting Moscow’s war effort, Russia is offering its crude at a steep discount, making it extremely enticing to a number of countries.

Like some other South Asian nations, Sri Lanka has remained neutral on the war in Europe.

However, Wijesekera said the foreign ministry and the Sri Lankan ambassador in Russia have been making arrangements for a fuel sale.

“There is an advantage for us if we cold buy oil directly from the Russian government or the Russian firms. There are talks going on,” he told reporters Sunday.

The shortages have led to protests against the government, recently to demand fuel.

Sri Lanka says it’s unable to repay $7 billion in foreign debt due this year, pending the outcome of negotiations with the International Monetary Fund on a rescue package. It must pay $5 billion on average annually until 2026. Authorities have asked the IMF to lead a conference to unite Sri Lanka’s lenders.

Last month, the country bought a 90,000-metric-ton (99,000-ton) shipment of Russian crude to restart its only refinery, Wijesekera said.

In an interview with the Associated Press in mid-June, Prime Minister Ranil Wickremesinghe said Sri Lanka would be compelled to buy oil from Russia, adding that his country desperately needs fuel, and was trying to get oil and coal from the country’s traditional suppliers in the Middle East.

“If we can get from any other sources, we will get from there. Otherwise (we) may have to go to Russia again,” he said.

Wickremesinghe also said last week that the state-run Ceylon Petroleum Corporation was $700 million in debt and as a result, no country or organization was willing to provide fuel.

Protesters have occupied the entrance to President Gotabaya Rajapaksa’s office for more than two months demanding his resignation, saying the primary responsibility for the crisis rests with him and his family, whom they accuse of corruption and mismanagement.

abcnews.go.com - 12 months ago
Indonesia’s navy says it has seized an oil tanker that was wanted by Cambodian authorities on suspicion of stealing nearly 300,000 barrels of crude oil
Read More

abcnews.go.com - 7 months ago
Police in Honduras say a local leader of the indigenous Lenca group has been shot to death
Read More