"Full House" star shoved to the ground by LAPD during protest

A journalist who captured the moment said she had been attempting to lead peaceful protesters away from the freeway when the incident occurred.
Author:
Published: 2022-06-27 07:58 am 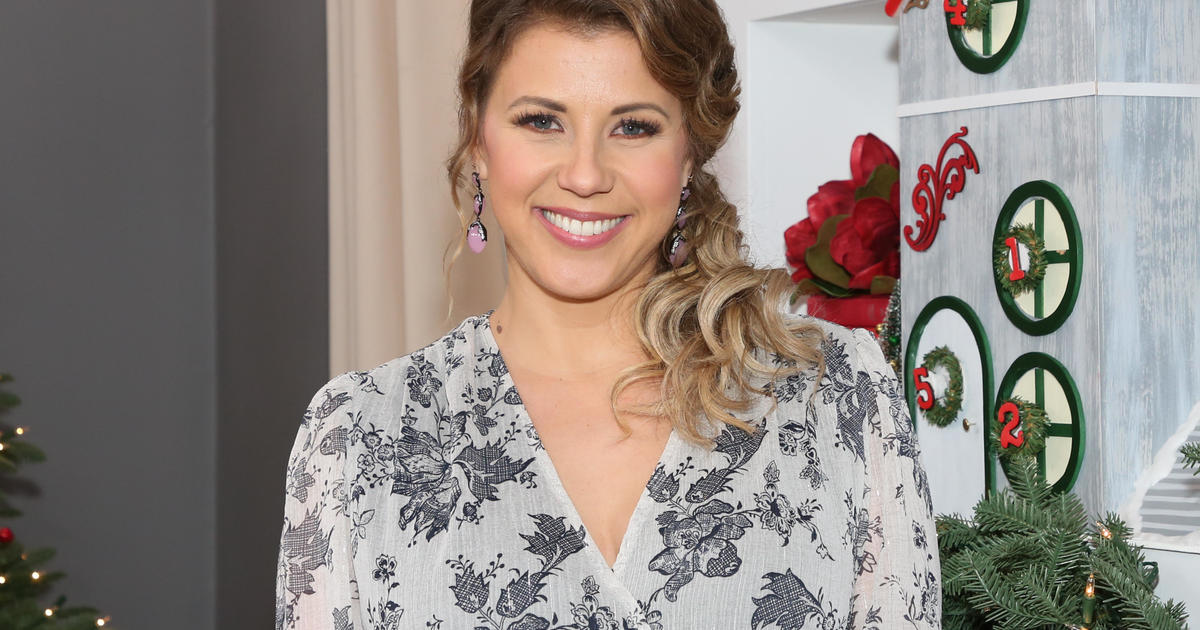 During one of many protests for abortion rights over the weekend, actress Jodie Sweetin was seen on video being shoved to the ground by Los Angeles police officers. Sweetin, best known for her role as Stephanie Tanner on "Full House," was leading a group of protesters away from the freeway when the incident occurred, a journalist who captured the moment said on Twitter.

In the video, Sweetin is seen standing on an embankment on the freeway shouting something through her megaphone towards the protesters when LAPD officers grab her and shove her several feet onto the freeway. She promptly stood back up.

The crowd immediately starts shouting at the officers, with one person yelling, "what the f*** is wrong with you guys?" The protesters then began chanting, "No justice, no peace," led by Sweetin. It is not immediately clear what may have happened prior to the incident.

Mike Ade, the journalist who captured the moment on video, said it "pained" him to see Sweetin being "thrown to the ground" in such a manner.

"She was trying to lead a group of peaceful protesters away from the freeway," Ade said on Instagram. "[Shaking my head] @LAPDHQ what are y'all doing? Jodi is the definition of a real one and fortunately she's okay! But for others who choose to protest today move with caution and keep your head on swivel. It's going to be a very long summer."

CBS News has reached out to the LAPD for comment.

Another video captured by Ade this weekend shows police using batons to shove and hit protesters. Some of the protesters were seen confronting the police directly.

Sweetin, who also appears on the CBS show "Beyond the Edge," posted the video to her own Instagram profile, commenting, "Love everyone out there in the streets fighting for what's right."

In a statement to People, Sweetin said, "Our activism will continue until our voices are heard and action is taken. This will not deter us, we will continue fighting for our rights. We are not free until ALL of us are free."

This weekend's protest in Los Angeles was one of many across the country spurred by the Supreme Court's announcement on Friday that it has overturned Roe v. Wade, the 1973 landmark decision that guaranteed the constitutional right to an abortion in the U.S. Justice Samuel Alito delivered the opinion, calling Roe "egregiously wrong from the start" and saying it was a decision that's had "damaging consequences."

The three dissenting judges, however, said the 6-3 ruling is a "curtailment of women's rights, and of their status as free and equal citizens."

"In thus safeguarding each woman's reproductive freedom, the Constitution also protected '[t]he ability of women to participate equally in [this Nation's] economic and social life,'" the dissenting judges wrote. "But no longer."

Denver suspect: "A lot of guns" but no MLB All-Star Game plot

www.cbsnews.com - 1 year ago
Ricardo Rodriguez spoke to CBS Denver​ via a video feed at the jail where he is being held on a weapons charge.
Read More

Inside look at the new film "Gone Girl"

www.cbsnews.com - 1 year ago
"Gone Girl" is one of the most highly anticipated films of the year. Starring Ben Affleck and Rosamund Pike, the movie is based on the best-selling novel of the same name. Suzanne Marques gives us a preview.
Read More

www.cbsnews.com - 1 year ago
Mitt Romney's former personal aide is calling a claim in Obama strategist David Axelrod's new book a "lie" and "ridiculous." Axelrod said when Romney called Mr. Obama to concede the 2012 election, he implied the president won by getting out the black vote
Read More
More News & Articles