A 20-year-old woman was fatally struck by a Manhattan subway train after accidentally falling onto the tracks on Tuesday night, police said.
Author: Kenneth Garger
Published: 2022-06-29 02:32 am 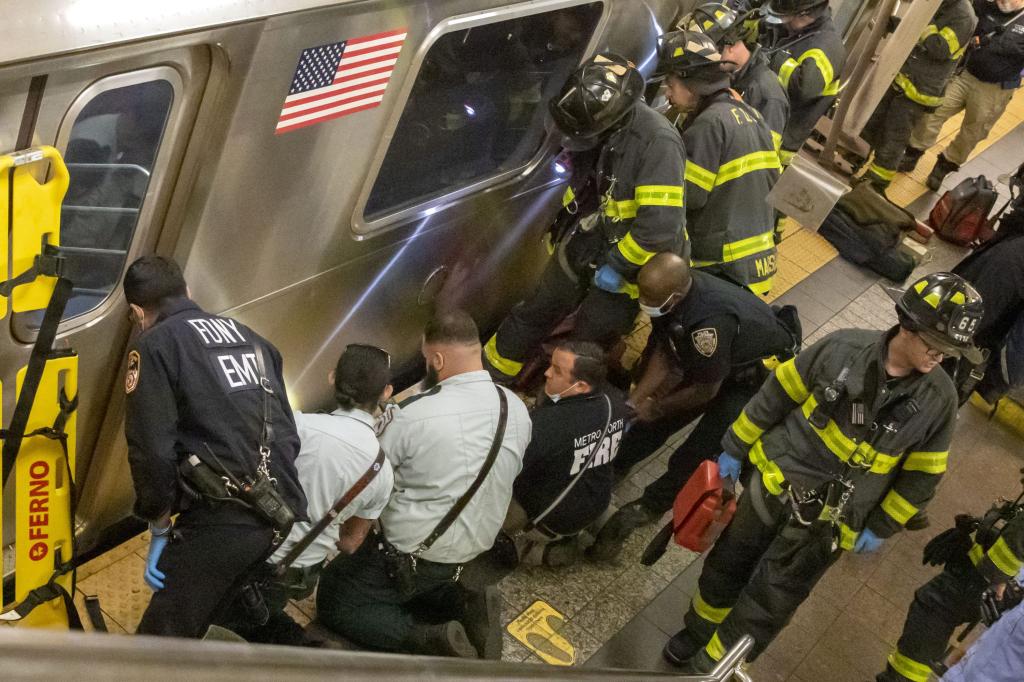 A 20-year-old woman was fatally struck by a Manhattan subway train after accidentally falling onto the tracks on Tuesday night, police said.

The woman somehow tumbled onto the roadbed at the Grand Central subway station as a southbound 7 train was approaching at about 10:40 p.m., according to the NYPD.

The train’s operator tried to break in time, but ended up striking the woman, cops said.

First responders with the FDNY tried to save the woman, but she was pronounced dead about an hour later, authorities said.

It wasn’t immediately clear what caused the victim to fall onto the tracks.

nypost.com - 8 months ago
A group of advertising industry employees are decking out New York’s diners and food carts for Christmas with lots of green -- tips of $100 or more.
Read More

nypost.com - 12 months ago
The Giants now know which quarterback to prepare for in Week 1.
Read More

LaMarcus Aldridge, Nic Claxton off injury report as they near Nets return

nypost.com - 6 months ago
Both LaMarcus Aldridge and Nic Claxton have been removed from the most recent injury report
Read More

nypost.com - 8 months ago
The Irish made official what has been speculated on for days, promoting defensive coordinator Marcus Freeman to be the 30th head football coach in South Bend.
Read More
More News & Articles