Republicans are downplaying the effect the Supreme Court's recent decision striking down Roe v. Wade will have on the upcoming midterm elections.
Author: Mark Moore
Published: 2022-06-29 11:58 am 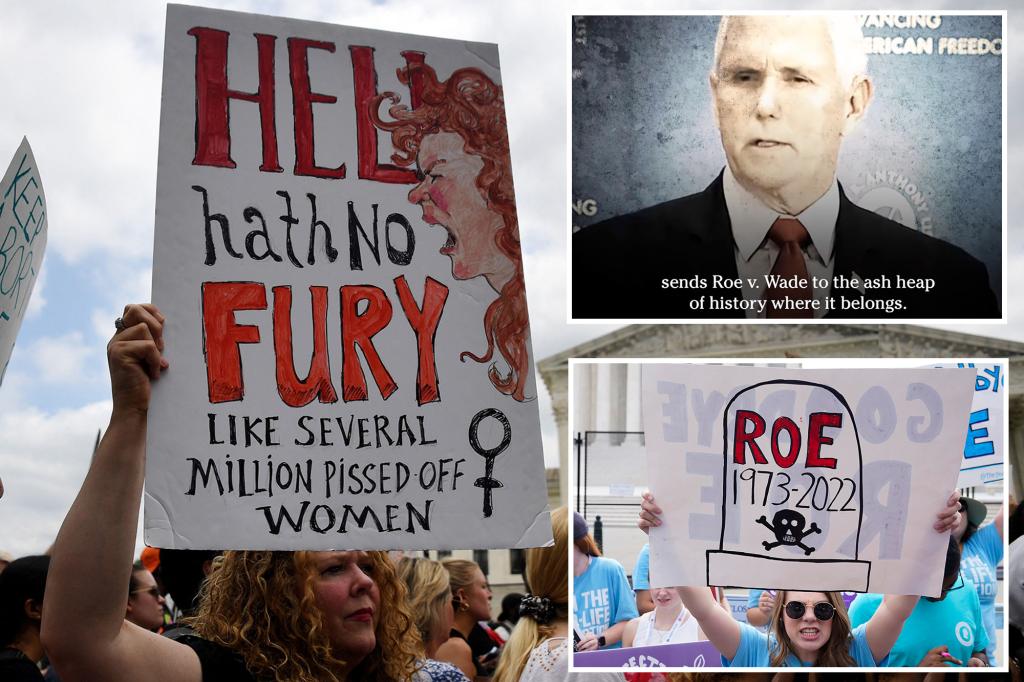 Republicans are downplaying the effect the Supreme Court’s recent decision striking down Roe v. Wade will have on the upcoming midterm elections as Democrats launched a digital ad campaign targeting suburban women and attempting to link the GOP to the landmark abortion ruling.

The Republican State Leadership Committee released a polling memo showing only 8% of voters consider abortion an important issue, far behind the 37% who singled out the high cost of living and inflation, and slightly behind the 9% who said rising crime was a top issue, The Hill reported on Wednesday.

The memo indicated that 60% of independents chose inflation, jobs and the economy as their top concerns, while just 21% picked abortion as the “absolute most important issue.”

“A little more than four months from Election Day, the political environment is still a disaster for state Democrats, state Republicans have a commanding lead on what is far and away the most important issue to voters, and the issues state Democrats are trying to exploit to distract from Biden’s failing economy are not going to be salient enough to save them come November,” the polling memo says, according to The Hill.

At the same time, Democrats plan to use abortion to rally female voters, who played a crucial role in electing Joe Biden president in 2020, The Hill reported.

The Democratic National Committee rolled out a five-figure ad buy in a number of battleground states warning that if Republicans make gains in November’s elections they would back a nationwide ban on abortion.

While some GOP lawmakers have raised the possibility of a nationwide ban since the Supreme Court overturned the 49-year-old Roe ruling Friday, McCarthy only backs codifying a 15-week limit on the procedure and McConnell has said he doesn’t foresee a national ban taking effect.

But Pence, speaking after the decision was announced Friday, said, “we must not rest and must not relent until the sanctity of life is restored to the center of American law in every state in the land.”

Recent polling conducted after the ruling shows that Americans are more likely to support a midterm candidate who supports enacting legislation guaranteeing the right to an abortion.

Slightly more than 60% said the Supreme Court’s decision has made them more likely to vote in November, according to a NPR/PBS NewsHour/Marist Poll.

The survey said 78% of Democrats were more motivated to go to the polls, compared to 54% of Republicans and 53% of independents.

A CBS News poll found that 50% of Democrats said the decision will make them “more likely” to vote, compared to 28% of independents and 20% of Republicans.

nypost.com - 11 months ago
A "heroic" bus driver who motored through a Queens street clogged by waist-deep flooding recalled the shocking moments her bus was filled with water.
Read More

COVID hospitalizations for older NYers cut in half since vaccinations began

nypost.com - 1 year ago
The rate of COVID-19-related hospitalizations for New Yorkers 65 and older has fallen by more than 50 percent since January after vaccinations first became available — a far larger drop than for younger residents, officials revealed, officials said
Read More
More News & Articles