Harmony Tan withdrew from the women's doubles tournament a day after her upset of Williams in the first round of Wimbledon that took 3 hours and 11 minutes.
Author: Justin Terranova
Published: 2022-06-29 12:01 pm 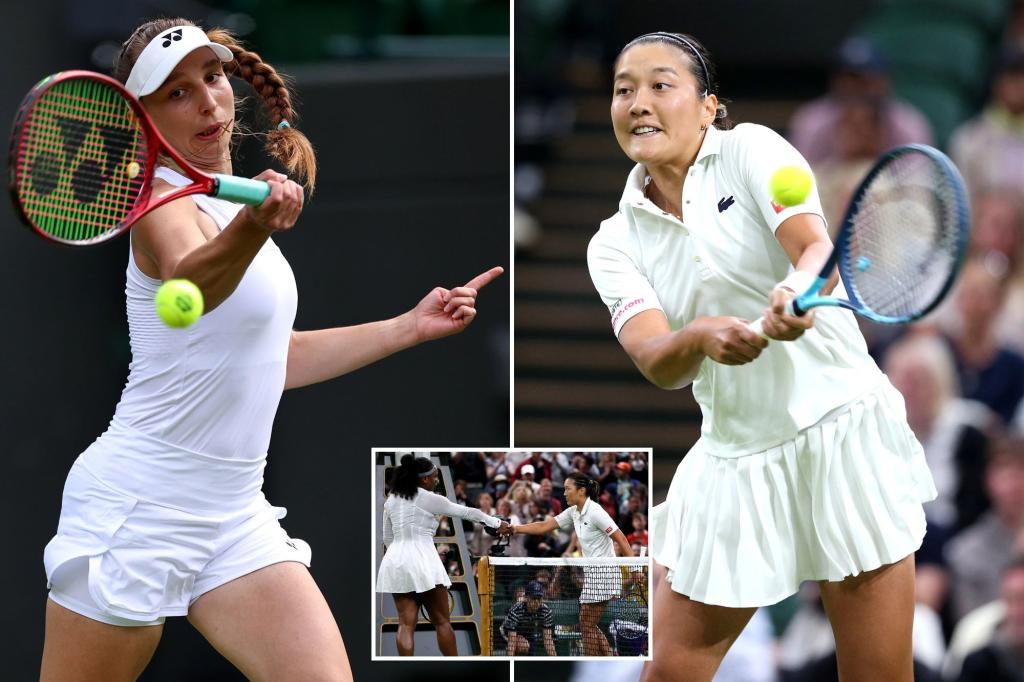 Harmony Tan withdrew from the women’s doubles tournament a day after her upset of Williams in the first round of Wimbledon that took 3 hours and 11 minutes. That’s according to her doubles partner, Tamara Korpatsch, who was none too pleased with the turn of events.

“Unfortunately my Doubles Partner H. Tan retired from our doubles [Wednesday],” the German Korpatsch posted on Instagram. “She just texted me this morning. Let me wait here 1 hour before the match start. I’m very sad, disappointed and also very angry that I can’t play my 1st Doubles Grand Slam.

“And It’s really not fair for me😒 I didn’t deserve that. She asked me before the tournament if we wanna play doubles and I said yes, I didn’t ask her, she asked me! If you’re broken after a 3h Match the day before, you can’t play professional. That’s my opinion.”

The caption was on a photo of Korpatsch looking crestfallen on Wimbledon’s grass courts.

Tan played late into the London night to upset the 23-time Grand Slam champion. It is Tan’s first main draw as a singles player.

She was scheduled to play in the first round of the women’s double draw with Korpatsch against Raluca Olaru and Nadiia Kichenok on Wednesday morning.

Tan will play Sara Sorribes Tormo in the second round of the singles on Thursday.

nypost.com - 10 months ago
Jeffrey Epstein stunningly claims in an upcoming documentary called "The Monsters" that he was a "firm believer and supporter" of the anti-sexual harassment Time's Up movement.
Read More

nypost.com - 2 months ago
Sam Burns highlights a group of best bets for first round leader at the Travelers Championship.
Read More

nypost.com - 2 years ago
The long wait for Super Bowl 2021 is nearly over. We are now just two days away from kickoff. On Thursday, we saw the largest wager placed on the game, with Houston furniture store owner Jim McIngvale risking $3.46 million on the Bucs spread. “Mattress
Read More

nypost.com - 1 year ago
Dramatic footage shows two men on a motorcycle snatching a chain right off the neck of a 73-year-old woman at a Manhattan crosswalk Saturday — without even bothering to slow down. The shocking clip was released by the NYPD hours after the 1 p.m. attack in
Read More
More News & Articles