Taijuan Walker, with the help of Luis Guillorme's defense, pitched 7¹/₃ scoreless innings in the Mets' 2-0 loss to the Astros Wednesday at Citi Field.
Author: Mark W. Sanchez
Published: 2022-06-30 01:20 am 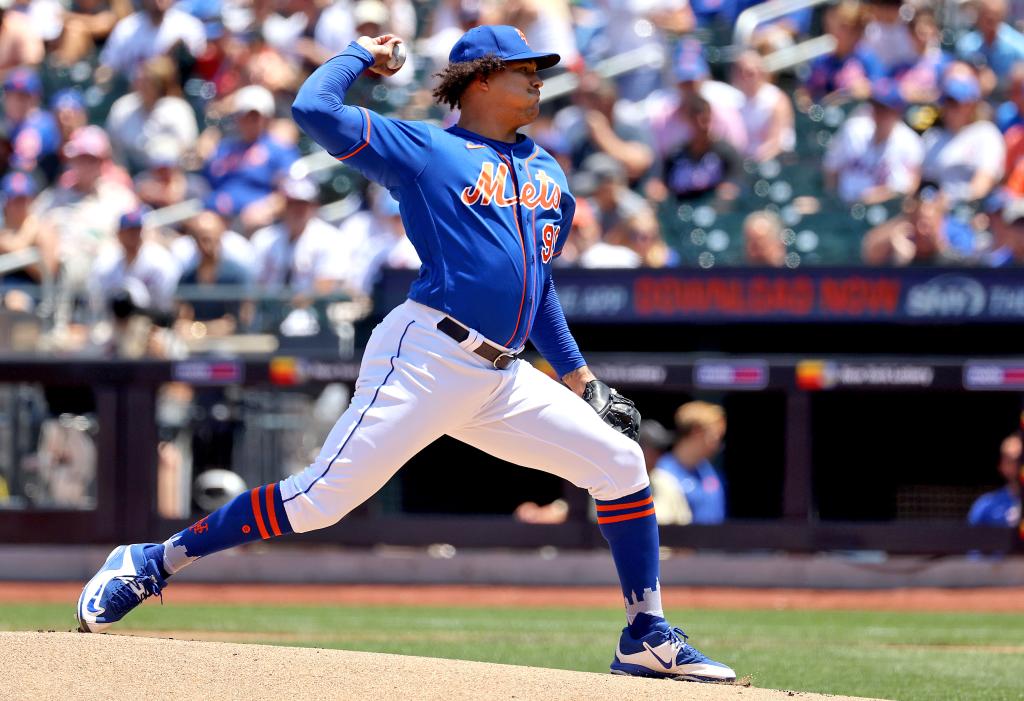 Buck Showalter denied intentionally surrounding Taijuan Walker on Wednesday afternoon with what probably projects to be the Mets’ best defensive infield. Luis Guillorme was at third base over Eduardo Escobar, the manager said, simply because he wanted Escobar to have two days off, including the off-day Thursday.

Regardless of the exact reasoning, it worked out.

Walker, the best on the Mets’ pitching staff at keeping the ball on the ground, continually induced contact that headed south — and continually headed toward Guillorme’s vacuum glove. That helped Walker limit one of baseball’s better offenses in perhaps his best start of the season.

“I feel like I had everything working today,” said Walker, who shut down the Astros for 7 ¹/₃ innings in the Mets’ 2-0 loss at Citi Field. “We got a lot of soft contact today, which is good, and the defense behind me was really, really good.”

Jose Altuve, the game’s first batter, lined out to left. None of the ensuing outs Walker tallied left the infield until Yordan Alvarez flew out to center to end the top of the sixth inning.

Of the 22 outs Walker recorded, Guillorme had a hand — whether catching pop-ups, fielding grounders and throwing over or jump-starting a double play — in 12. In just his seventh start at third base, Guillorme showed off the same glove that has made such an impression at second base predominantly and shortstop.

“He’s a Gold Glover,” Walker said after allowing four hits and two walks while lowering his ERA to 2.72. “Any time they hit it over that way, I know it’s a for-sure out.”

The Mets also had Dominic Smith playing first base on an afternoon when Pete Alonso served as the DH. If they were trying to ensure the infield defense was sure-handed, there was good reason.

Entering play, Walker was 19th in baseball and best on the Mets among starters with at least 60 innings thrown at getting ground balls, at a 49 percent clip.

“I think Tai’s one of those guys — with all his pitches — a lot of people, especially righties, are going to roll over [the ball],” Guillorme said after starring on defense, but going 0-for-3 at the plate. “It’s something you’re always expecting out there.”

Walker rolled through seven innings in just 85 pitches. He had to campaign to return in the eighth inning, but he needed eight pitches to induce a ground ball from Houston’s Jake Meyers to (who else?) Guillorme to end his day.

Edwin Diaz then came on to face the top of the Astros’ lineup, and though the closer got the job done, Drew Smith allowed the go-ahead home run in the ninth.

“He had done his job,” Showalter said of Walker, who struggled in the second half last season and has not gone past 103 pitches in an outing this year.

On the centenary of the Chinese Communist Party, the West must kowtow no more

nypost.com - 1 year ago
If this regime gets away with what it has done to Hong Kong, it won’t stop there. It will be emboldened in its aggression toward Taiwan, and it will continue encroaching on our liberties, too. We can’t kowtow any longer.
Read More

nypost.com - 2 years ago
The Super Bowl is more than a game, it is a global event. As such, there are people across a broad spectrum beyond just the NFL who are intriguing players, on the field or elsewhere. With Super Bowl LV set to kickoff off Sunday, here are The Post’s 55
Read More