I was horrified when I discovered mystery late-night doorbell buzzer 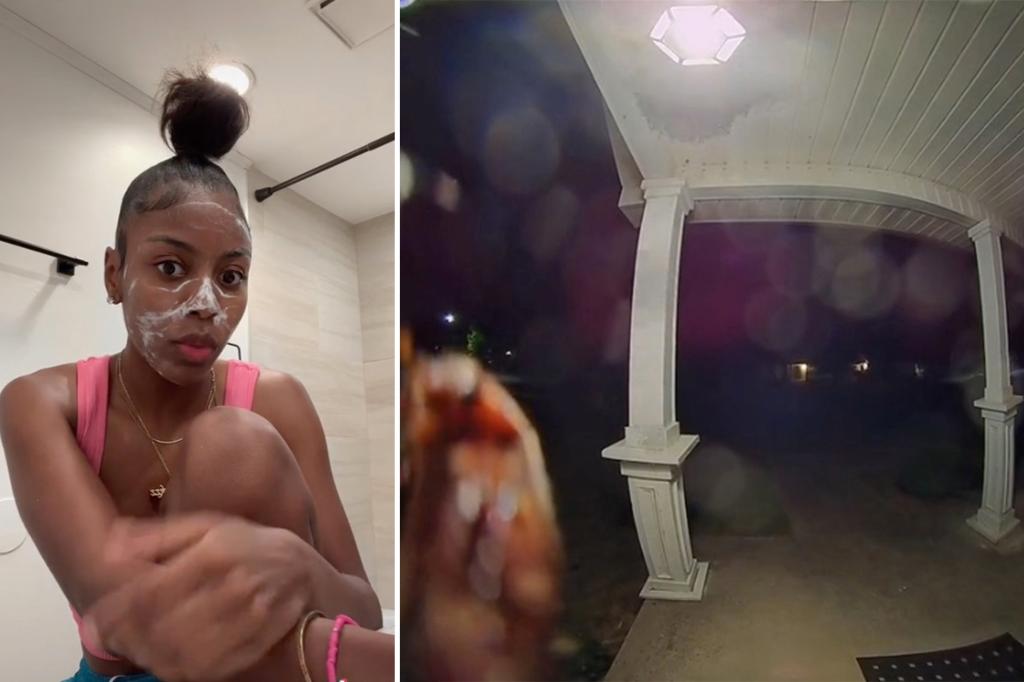 This will absolutely bug you out!

Florida woman McKenzie Sterdivant’s mom complained that a mysterious, uninvited visitor would ring her doorbell at 3:00 a.m. every morning. However, when her mother reviewed her Ring home surveillance footage, there’d be no one at her doorstep.

But after Sterdivant, known virally on social media as Kenzie or @Morbuckzz, investigated the weird recurrence, she discovered that the late-night buzzer was actually a roach.

“So I was at my mom’s house, and she kept telling us that somebody keeps ringing her doorbell at like 3 o’clock in the morning. And I’m like, ‘Oh, that’s weird,’” said Sterdivant, a Jacksonville resident, in a trending TikTok. The creepy-crawly clip has scared up over 1.5 million views.

“But every time she went to go check [who was at the door], she couldn’t find out who it was.”

After learning of the unsettling scenario, Sterdivant decided to spend the night at her mom’s house. And during her stay, she, too, was startled by a bizarre ring at the door in the wee hours of the morning.

But when she checked the Ring camera footage on her phone, Sterdivant was shocked to find a six-legged pest perched atop the house bell.

“It’s a g–damn roach,” she exclaimed.

“I had to go show my mom so she knew that we were all seeing the same thing,” Sterdivant added. “We were looking at it, and it’s looking back at us like, ‘Bitch, open the door.'”

She then shared a clip of the uninvited houseguest repeatedly ringing the doorbell.

And the sights sent online audiences into a laughing fit.

“LMFAOOOO THE VIDEO PROOF OMG,” one commenter cackled. “The fact that it’s strong enough to push a button is killing me,” penned another.

Other viewers joked that the cockroach was their creepy ex-lover.

“Not my ex ringing the wrong doorbell,” a digital kidder teased. “It’s my ex, lord he won’t Leave no one alone,” wrote an equally scorned jokester.

And others simply wanted to know: “Well did y’all open the door???”

But Sterdivant has yet to respond to the hilarious query.

nypost.com - 1 year ago
A Mexican man has been charged with running the human-smuggling operation that ended with 13 people dead in a horrific SUV crash at the California border earlier this month. Jose Cruz Noguez, 47, of Mexicali but also a legal US resident, was arrested
Read More

nypost.com - 2 years ago
A London writer with the deceptive surname found herself in the social-media spotlight at the height of the GameStop mania last week -- when her Twitter blew up with request after request for stock tips.
Read More

Aide’s note to Biden: ‘Sir, there is something on your chin’

nypost.com - 1 year ago
Was that egg on his face? President Biden had to be alerted to remove a speck of something from his chin during a virtual event being livestreamed from the White House on Friday. The meeting to discuss wildfires with a group of governors from western
Read More
More News & Articles