Hey, Trevor Bauer and the Mets, get a room! I’m still betting that the newly minted National League Cy Young Award winner, a free agent, winds up landing somewhere besides New York. Yet, in a baseball era when teams and players — their two sides
Author: Ken Davidoff
Published: 2020-11-15 08:40 pm 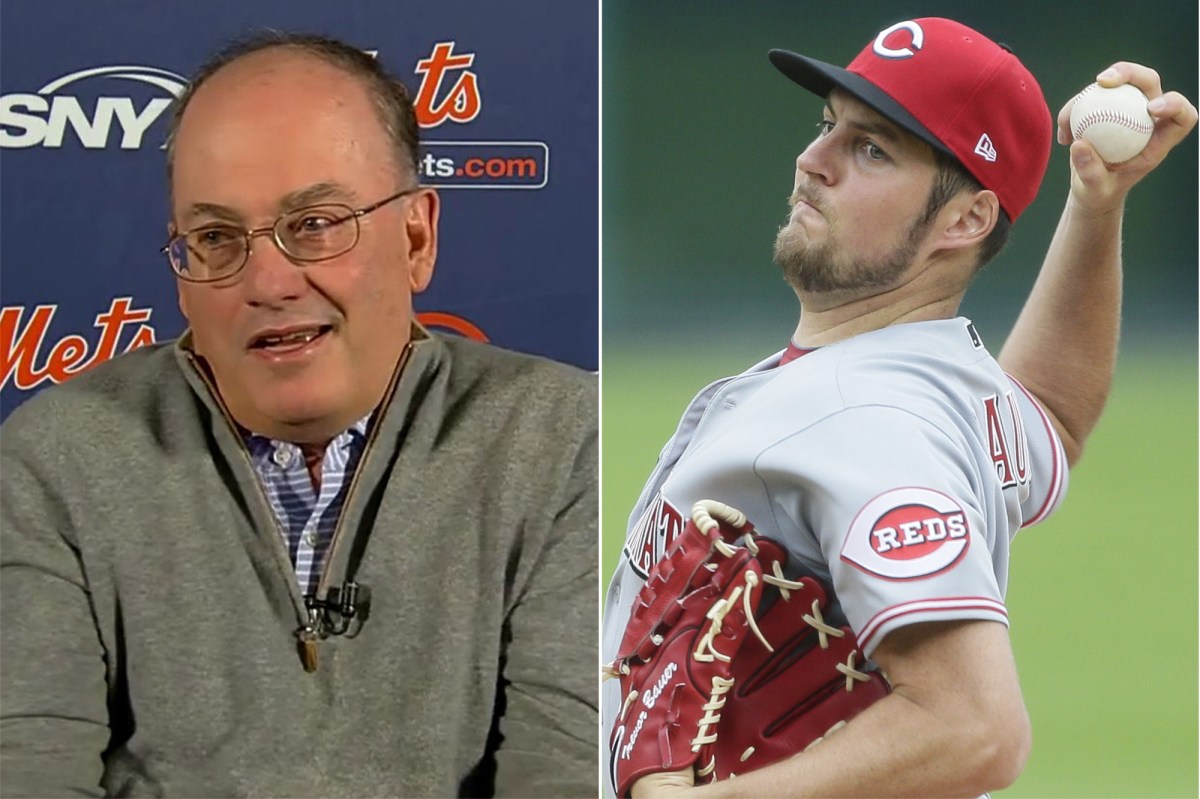 Hey, Trevor Bauer and the Mets, get a room!

I’m still betting that the newly minted National League Cy Young Award winner, a free agent, winds up landing somewhere besides New York. Yet, in a baseball era when teams and players — their two sides perennially warring at the bargaining table — are discouraged from saying anything specific about each other out of fear that it will be used against them, much appreciation goes to Bauer and Steve Cohen’s Mets for providing some Hot Stove content with enough good feelings to carry a half-decade’s worth of Pixar movies.

Bauer, in his latest video love letter, even threw a little shade at the Yankees, for good measure — which furthers the notion that the Yankees, looking to cut payroll, won’t be in play for Gerrit Cole’s UCLA teammate/frenemy.

This occurred in a 16-minute, 52-second video — titled “Steve Cohen’s BRILLIANT Start” — that the 29-year-old Bauer posted on his YouTube channel. Which followed Sandy Alderson praising the quirky Bauer last week on WFAN, saying, “I actually think Bauer would be a great personality in New York. [He’s] the kind of guy that fans would endorse. We’re in the entertainment business.”

I prefer Alderson’s digestible sound bite to Bauer’s dissertation on Successful Team Building. Yet, I admire Bauer’s willingness to put himself out there in such an unconventional way. He truly thinks deeply about everything, and that, including his embracing of analytics, has helped him attain his greatness on the mound. His excitement to share such a high volume of his thoughts has created occasional turbulence and, as I’ve written previously, makes me wonder whether he’d be able to navigate New York’s intensity and scrutiny.

Anyway, Bauer’s bouquet to Cohen, who has owned the Mets for a little over a week, details four areas of praise:

1. His engaging with fans on Twitter (agreed, it’s “most brilliant,” as Bauer said).

2. His statement that he wants to win the World Series in three-to-five years, which Bauer called “outlin[ing] the what.”

3. His vow to delegate authority to Alderson and everyone beneath him, which will include a diverse array of employees, “defin[ing] the how.”

4. “He’s setting himself apart from his main competitor in New York, which is the Yankees.” Bauer then proceeds to admit that, having never lived in New York, he really doesn’t know what he means by this and offers some vague suggestions. If he had paid me a consulting fee, I would have advised Bauer to talk about the Mets’ potential to establish themselves as the more irreverent New York team, with colorful performers and memorable personalities like Pete Alonso, Dom Smith and Noah Syndergaard. Nevertheless, this gets an A for trouble-stirring effort, especially the parts that are “censored” by his agent Rachel Luba as to not compromise his free agency.

It’s early for a normal baseball winter, and even more so for what figures to be an especially slow one, the COVID-reduced 2020 and COVID-threatened 2021 throwing clubs’ finances in disarray. It wouldn’t surprise to see someone or multiple people from free agency’s top tier — Bauer, J.T. Realmuto and George Springer — remain unsigned into the new year. Players and owners will spew venom at each other as the days pass.

Hence the joy at seeing Bauer turn professorial and passionate about Cohen. At hearing Alderson tout the value of an unconventional player in Bauer, who has lived up to the Mets president’s hype without receiving a dime from Cohen’s billions.

nypost.com - 7 months ago
Vice President Mike Pence said Wednesday at the vice presidential debate in Utah that Americans “have a right to know” about President Trump’s health as he receives treatment for COVID-19 and have been getting that information. “The care the president
Read More

nypost.com - 1 month ago
CHATTANOOGA, Tenn. — This would have been no way for minor-league baseball to return. Police were asking “Where’s Looie?” after a minor league baseball team in Tennessee reported its team mascot was stolen from its ballpark. Thankfully, the mascot appears
Read More

People who are into kinky sex more likely to do illicit drugs, study says

nypost.com - 2 weeks ago
A new study has found that illicit drug users are more likely to have had a more diverse array of sexual experiences.
Read More

nypost.com - 5 months ago
The newest segment of the park beneath the Brooklyn Bridge will be named after the groundbreaking woman engineer who helped design and build the iconic span more than a century ago, Mayor Bill de Blasio announced Wednesday at its groundbreaking. The new $
Read More
More News & Articles