The tweet about Bryant came amid speculation that James was pushing hard for the Lakers' front office to trade for his former teammate, current Nets guard Kyrie Irving.
Author: Ryan Glasspiegel
Published: 2022-07-15 04:37 pm 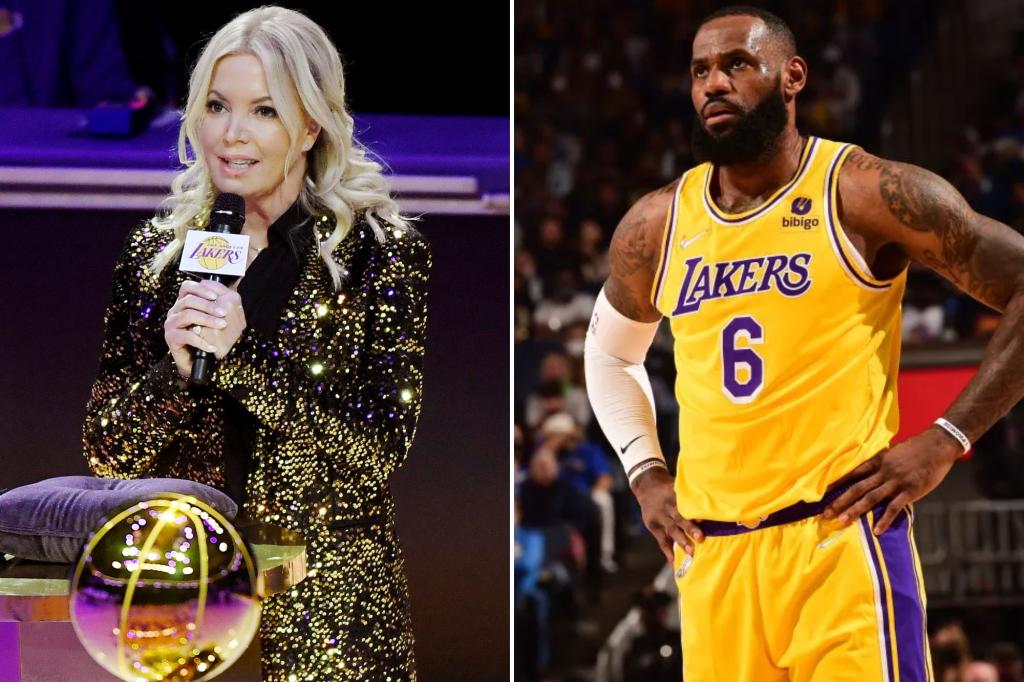 Jeanie Buss has denied that her recent tweet about Kobe Bryant was a veiled shot at LeBron James.

Earlier this month, Buss tweeted a cryptic message that mentioned the late Lakers legend, who tragically died in a helicopter crash in January 2020. Speculation immediately arose about the meaning behind her tweet, which, as Buss explained in a new interview with NBA.com, was not an indirect shot at James.

“No. It was that my heart was full of sadness,” the Lakers owner said. “You look to people surrounding you that feel the same way to commiserate. That’s all it was. It wasn’t intended at anything other than I had sorrow in my heart and I was trying to lighten my load.”

The tweet about Bryant came amid speculation that James was pushing hard for the Lakers’ front office to trade for his former teammate, current Nets guard Kyrie Irving.

The Lakers missed the playoffs this year and finished the regular season with a record of 33-49.

As far as what Bryant meant to her, Buss also explained in the interview, “We’re getting ready to start promoting our 10-part docuseries on Hulu and we’re immersed in all things Lakers. There are so many people I miss. But the person I miss the most is Kobe. We miss his voice, his friendship and everything that was taken away from us when we lost him. What I know is Laker fans feel the same way I do.”

Buss does not expect the “void” of Bryant’s loss to ever be filled.

“So when I feel down like that, I know when I say something, the response that I get makes me feel not alone. That’s how a community comes together to grieve. This grieving process with losing Kobe will go on for the rest of my life. It’s a void that can never be filled and was never expected,” she continued.

“When Phil [Jackson] left to go to the Knicks, the NBA made us sign a letter because we’re on two different teams. He said, ‘This means I can’t help you anymore. But you always have Kobe. Kobe has your back. Talk to him if you ever need advice. You’ll always have Kobe.’ That’s what Phil said to me. So, the idea that we don’t always have Kobe is hard to accept.”

nypost.com - 1 year ago
Following the May attack, the teen had been transferred to another Loudoun school, where he was accused of another sexual assault on a different 15-year-old girl.
Read More

Jussie Smollett has been moved to a new jail cell: sheriff’s office

nypost.com - 11 months ago
Jussie Smollett is still in the jail’s psych ward, but was moved to a different cell when medical professionals determined another detainee needed it more.
Read More

nypost.com - 1 year ago
The victim, who was shot in the abdomen and legs, was taken to Lincoln Hospital, where he was pronounced dead, authorities said
Read More
More News & Articles