A bipartisan group led by Sens. Susan Collins and Joe Manchin is proposing two bills to make it harder to overturn a certified presidential election

A bipartisan group of senators reached a deal to make it harder to overturn a certified presidential election, marking the most significant response by Congress to former President Donald Trump's relentless pressure campaign to overturn the results of the
Author:
Published: 2022-07-20 03:13 pm 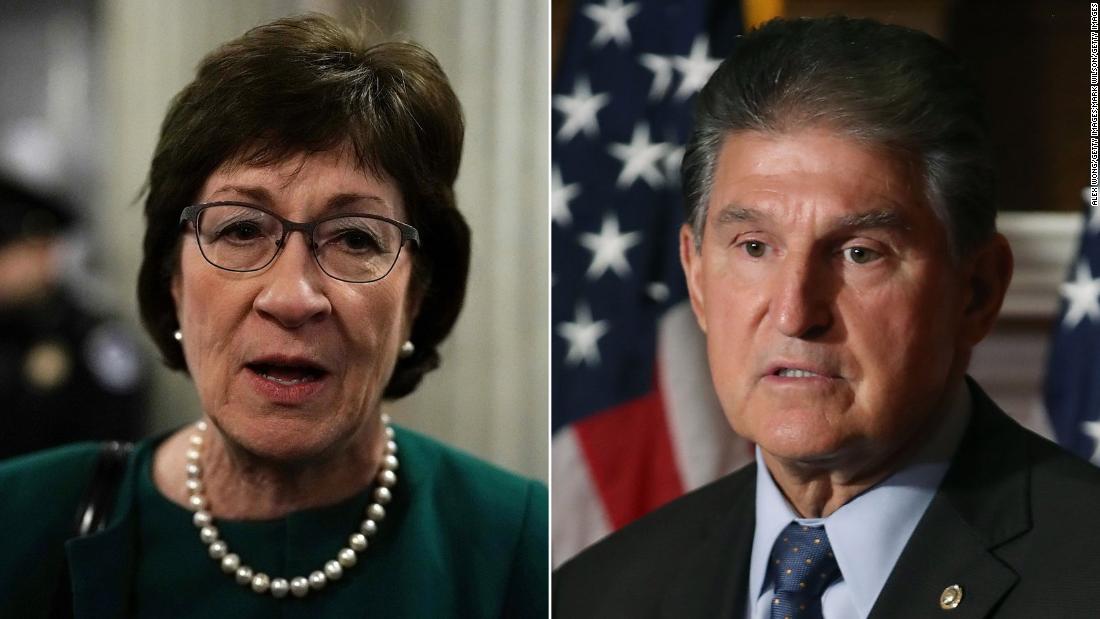 The proposal still needs to be approved by both chambers and will need 60 votes in the Senate to break any filibuster attempt, meaning at least 10 Republicans would be needed to support any legislation. Announcement of the plan kicks off what is expected to be a challenging, months-long process to get the deal passed into law before the end of the year.

The deal is the culmination of months of negotiation led by Republican Sen. Susan Collins of Maine and Democratic Sen. Joe Manchin of West Virginia, along with an additional six Democrats and eight Republicans. The proposal unveiled Wednesday is split up into two bills.

One of the bills is focused on modernizing and overhauling the Electoral Count Act, an 1887 law that Trump had sought to exploit and create confusion over how Congress counts Electoral College votes from each state. As part of that proposal, senators are attempting to clarify that the vice president only has a ceremonial role in overseeing the certification of the electoral results.

The proposal also includes key provisions intended to promote an orderly transition of presidential power by outlining guidelines for when eligible candidates can receive federal resources for a transition into office.

If neither candidate concedes within five days of Election Day, both candidates would be able to receive access to federal transition resources until "it is substantially certain who will win the majority of electoral votes," according to a fact sheet. Ultimately, only one candidate will be eligible when there is "a clear winner of the election."

Amid revelations of an effort by Trump allies to put forward illegitimate electors in key states, the bill tries to prevent a similar situation from happening again in the future.

It would also make it harder for members of Congress to attempt to overturn an election by increasing the number of House and Senate members required to raise an objection to election results when a joint session of Congress meets to certify them. Under current law, just one senator can join one House member in forcing each side to vote on whether to throw out results subject to an objection.

The bill is co-sponsored by the nine Republicans and seven Democrats who announced the deal.

According to the fact sheet, the proposal dealing with the vice president's role would make clear that the responsibility is "solely ministerial and that he or she does not have any power to solely determine, accept, reject, or otherwise adjudicate disputes over electors."

The second bill is aimed at improving election security and would enhance federal penalties for anyone who threatens or intimidates election officials as well as increase penalties for the tampering with election records. The bill is co-sponsored by five Republicans and seven Democrats.

While constitutional experts say the vice president currently can't disregard a state-certified electoral result, Trump pushed then-Vice President Mike Pence to obstruct the Electoral College certification in Congress as part of his pressure campaign. But Pence refused to do so and, as a result, became a target of the former President and his mob of supporters who stormed the Capitol on January 6, 2021.

Democratic Sen. Mark Warner of Virginia said the bill would make it harder to overturn an election when a joint session of Congress convenes to certify a presidential election.

"Anything we can do and show to the American public that we realize how serious that day was, and that we're going to do all we can to prevent a repeat of January 6th, is a step in the right direction," he said.

"Any future vice president cannot, should not, will not be able to overturn legitimate votes of Americans and their electors that states vote," Warner said.

Further details on what's in the deal

The bill that seeks to overhaul the Electoral Count Act would include a number of changes aimed at making sure that Congress can clearly "identify a single, conclusive slate of electors from each state," a fact sheet states.

This comes as revelations surface about an effort by Trump allies to subvert the Electoral College process and install fake GOP electors in seven swing states.

The newly unveiled deal creates a set of stipulations designed to make it harder for there to be any confusion over the accurate electors. For example, it states that each state's governor would be responsible for submission of a certificate that identifies electors. Congress would not be able to accept a slate of electors submitted by any other official. "This reform would address the potential for multiple state officials to send Congress competing slates," the fact sheet states.

The bill would also set a higher bar for members of Congress to be able to raise objections to the certification of electoral votes.

The fact sheet says that the proposal "raises the threshold to lodge an objection to electors to at least one-fifth of the duly chosen and sworn members of both the House of Representatives and the Senate."

The bill dealing with election security also includes a number of other key provisions.

One such proposal would reauthorize an independent agency known as the Election Assistance Commission for a period of five years and require the commission to implement cyber security testing for voting systems.

What's next for the proposal

The Senate Rules Committee announced on Wednesday following the release of the deal that the panel plans to hold a hearing on the Electoral Count Act and efforts to overhaul electoral laws in response to the January 6 attack. The announcement is one sign that the newly released proposal is not on track to move immediately to the Senate floor for consideration and instead will take time to work its way through the legislative process as senators work to try to pass legislation before year's end.

Some senators believe that the issue could slip into a lame-duck session of Congress between the November elections and January.

Slain officer was an 18-year US Capitol Police veteran

www.cnn.com - 2 years ago
A Florida school district is investigating an incident that happened at an elementary school after a mother secretly recorded her 6-year-old being paddled on the buttocks by staff, the school district tells CNN.
Read More

www.cnn.com - 1 month ago
Maxi Jazz, the British musician best known as the lead vocalist for dance group "Faithless," has died, according to the band.
Read More

The US vice president thanked her for raising awareness around abortion. Indiana's AG is investigating her

www.cnn.com - 6 months ago
It's been nearly a month since an Indiana doctor helped a 10-year-old Ohio rape victim undergo an abortion and was thrust into the national spotlight.
Read More
More News & Articles