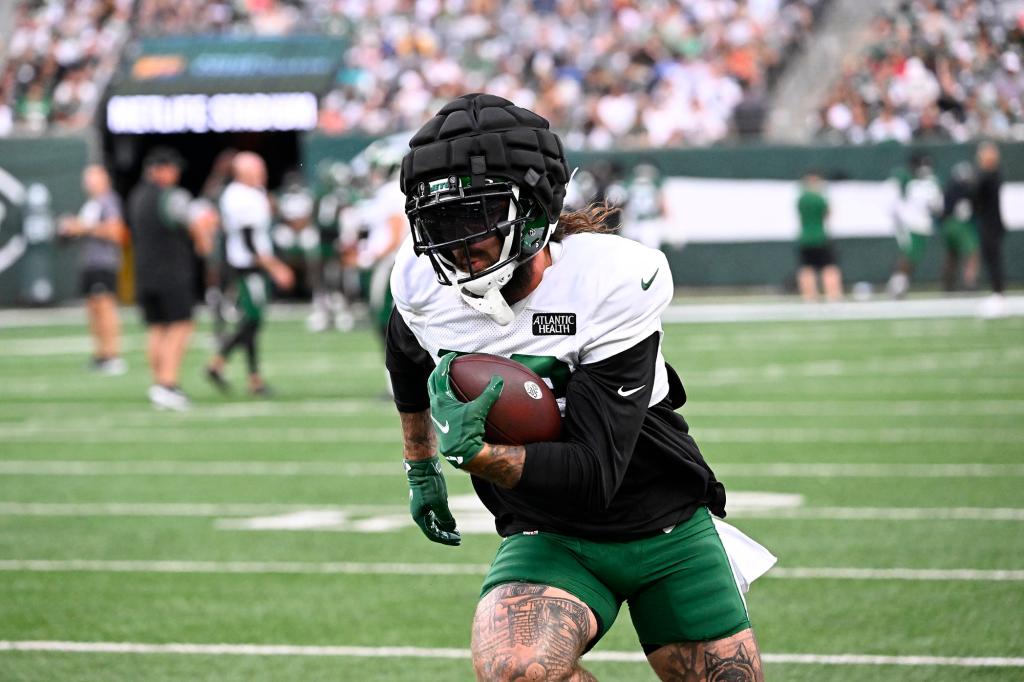 Conklin had seven catches between all of the team periods, including the only touchdown the starting offense scored. The Jets signed him to a three-year, $21 million deal during free agency and he has been having a very strong training camp. It is clear that he and quarterback Zach Wilson already have good chemistry.

“Conk is awesome, he’s been fantastic for us,” Jets coach Robert Saleh said. “The whole [tight end] group really has been really good for us, but as far as he’s concerned, just his ability on third down to create separation and win those one-on-one’s and be a run blocker, he’s an all-around tight end. He’s been a pleasant surprise.”

Conklin and C.J. Uzomah could give the Jets a really nice combination at tight end.

“This offense should be open up with both of us in 12 personnel [two tight ends] and 11 personnel [one tight end],” Uzomah said. “There shouldn’t be a beat that’s missed. We need to fine tune things with certain motions, with certain IDs. We’re moving around and that’s shifting the defense and it’s also shifting our keys. Things that we need to make sure we’re on our Ps and Qs about. It should be fun and it should open up the offense a lot with both of us.”

The starting offensive line was together early in Saturday’s scrimmage. But later in the scrimmage tackles George Fant and Mekhi Becton were off the field due to a snap restriction set for them as both come back from knee injuries.

“Those five got to play together more,” Saleh said. “With the injuries and trying to ease guys back in, we haven’t been able to get those five together at the same time as much as we like, and the sooner that happens, the more they’ll kind of mesh together and get even tighter. So, today was a good day for those guys, and I anticipate it getting even better.”

Uzomah on Wilson:  “Bro, this dude is so stupid athletic.”

nypost.com - 1 year ago
The Yankees didn’t make Gerrit Cole the highest-paid pitcher of all time for games in April against the Orioles, but on this April night, with Baltimore in The Bronx, Cole was as dominant as he has ever been in pinstripes. The right-hander, reunited with
Read More

nypost.com - 1 year ago
Cuba's embassy in Paris was attacked overnight with at least three Molotov cocktails -- which the communist regime blamed on the US for supporting the recent uprisings.
Read More

nypost.com - 2 years ago
Sen. Rand Paul spoke out in the wake of protests after a grand jury decided against indicting the cops responsible for the killing of Breonna Taylor.
Read More
More News & Articles