Ex-NYPD top aide John Miller: Bail reform was ‘atom bomb’ that ‘set us back a decade’ 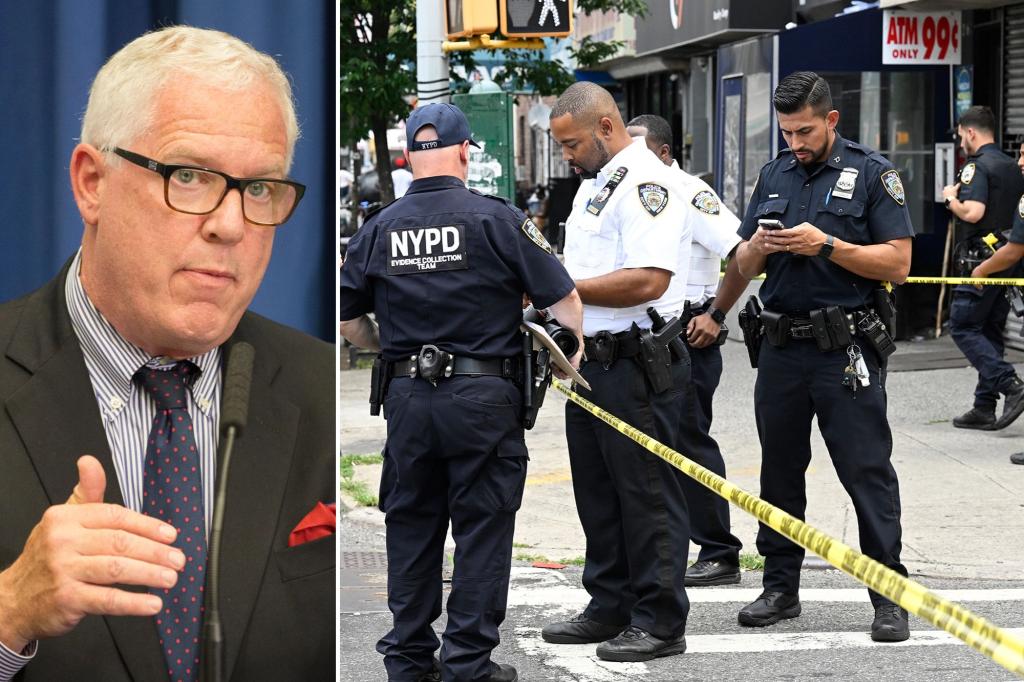 A former top NYPD official said Sunday that state lawmakers “set us back a decade” by dropping an “atom bomb” on the criminal-justice system with their 2019 bail-reform laws.

Ex-Deputy Commissioner of Intelligence and Counterterrorism John Miller blasted the state’s bail-reform measures as “all ideology over common sense,” saying the laws were pushed by “advocates for people who commit crimes.”

Miller, who retired from the NYPD a few weeks ago after nearly a decade there, told radio’s “Cats Roundtable” that violent crime was at its lowest in 2018 and 2019 — before bail reform was passed in Albany.

“And then you saw crime start to climb, and it really set us back a decade in terms of shootings and murders, which is shame,” Miller told AM 770 host John Catsimatidis. “It’s like having a cure for a disease and then having the hospital take the vaccination away.”

Miller said state lawmakers “literally took every proposal that had been sitting on the shelf that they couldn’t pass because common-sense people wouldn’t let it happen, they blew the dust off them, and they passed them all at once.”

Critics of bail reform, including NYC Mayor Eric Adams, have blasted the laws for allowing repeat offenders back on the streets and not jailing people accused of violent crimes before trial.

Gov. Kathy Hochul has suggested that judges are to blame for the ongoing surge of violence.

“[Legislators] balled [the reforms] into one budget bill and then snuck them out in the middle of the night. And we’ve been suffering from it ever since,” Miller said. “I don’t think anybody bothered to read them. I think it was all ideology over common sense.

“And I think the criminal-justice system is a complex ecosystem where you can make changes and adjustments, and there are reforms that made sense that are in there,” he said. “But you can’t do all of that at once and drop it like an atom bomb on a system that that’s complicated and not expect turmoil.

Meghan McCain: Replace Fauci with someone who ‘understands science’

nypost.com - 2 years ago
“The View” co-host Meghan McCain got into a debate with Whoopi Goldberg on Monday when she called on President Biden to fire Dr. Anthony Fauci — and replace the top infectious disease expert with someone who “understands science.” McCain, who is the
Read More

nypost.com - 5 months ago
James McCann got plunked by a pitch to drive in the Mets’ first run of the season. It has been difficult to find a noteworthy offensive contribution since then from the slumping catcher.
Read More

nypost.com - 4 months ago
“The Guilty Always Pay The Price" is the movie's marketing tagline.
Read More