A family has accused a Brooklyn funeral home of mishandling their loved one’s body so poorly that she looked like a “mud monster” the day of her wake.
Author: David Propper
Published: 2022-08-09 09:37 pm 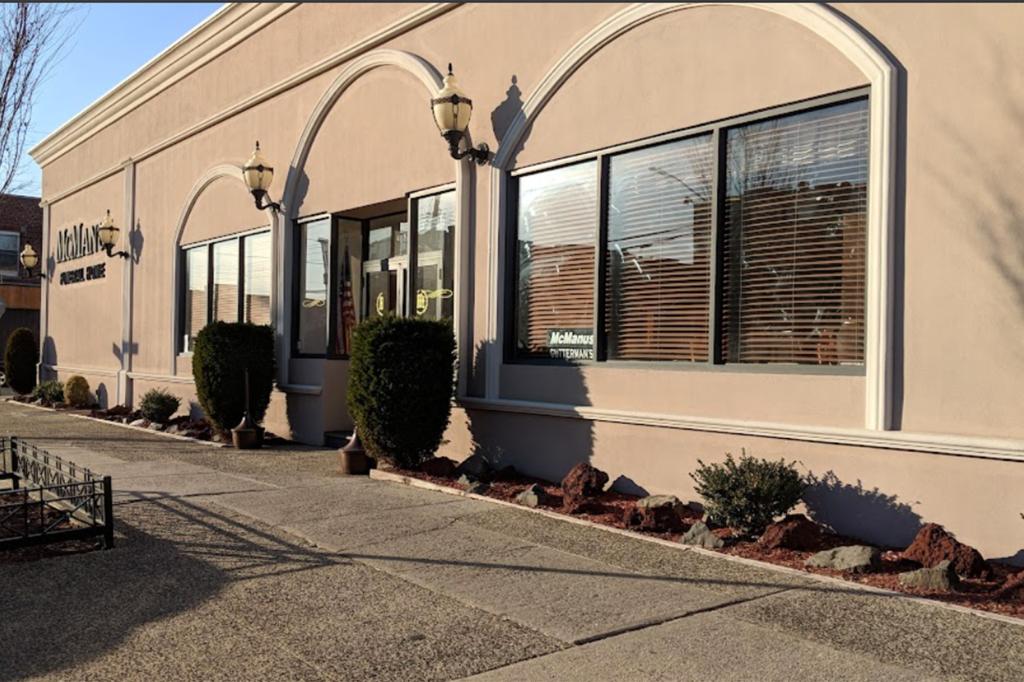 An outraged family has accused a Brooklyn funeral home of mishandling their loved one’s body so poorly that she looked like a “mud monster” the day of her wake, a lawyer representing the family told The Post.

The mother and ex-boyfriend of Regina Christophe, who died in her sleep at 37-years-old on June 24, filed a lawsuit on Friday against John J. McManus and Sons Funeral Home after her body was left unrecognizable during a July 9 memorial, attorney Kurt Robertson said in an interview.

Robertson described a nightmarish scene on the day of the wake, with “maggots crawling” from Christophe’s eye and claimed her body was partially wrapped in garbage bags. The lawyer also alleged Christophe’s dress was stained.

“The evidence strongly suggests she had not been embalmed, that she had been decomposing over the two weeks she had been at the funeral home,” Robertson said.

“Apart from all it was just the incredible stench of the decomposing body that permeated the funeral home,” he added.

“It doesn’t look like a person at all,” Robertson also said. “It looks like a mud monster.”

Christophe’s mother, Chantal Jean, stopped her daughter’s two children, a 16-year-old and 6-year-old, from seeing their deceased mother for the last time because she didn’t want that to be “the last image they see,” Robertson said.

But Jean, who dealt with the ordeal directly, continues to struggle since the incident, the lawyer said.

“She has been depressed, she has had to seek counseling, she’s had some pretty dark thoughts to put it mildly,” Robertson said. “She’s been in a very dark place as a result of that.”

The day of the service, Jean couldn’t find anyone in charge to speak to about the rotting body and the funeral home didn’t make any attempt to connect with relatives prior to the lawsuit being filed, Robertson said.

Ultimately, the family could not even have a closed casket because of the putrid smell, Robertson said. Only a photo of her was put up during the service.

Jean told News 12 all she could remember was “a monster being in that coffin–not my daughter.”

“Her skin was all off, it wasn’t even connected to face anymore,” she told the television station.

A rep for the John McManus and Sons Funeral Home could not be reached for comment on Tuesday night.

But in an interview with News 12, the funeral manager blamed multiple factors for the condition of the body, including the duration the body was in the heat before it was brought to the medical examiner and the amount of time it was at the examiner’s office.

The funeral home picked up the body from the medical examiner about four days after it was ready to be collected, according to the report.

“I was devastated by this whole thing,” said manager Anthony Tenga. “By what she looked like. It was a real disappointment to me professionally and personally.”

He claims he told the family of the body’s condition the day before the wake and the day of.

“I thought I gave them fair warning,” Tenga told News 12.

The family is seeking unspecified damages.

nypost.com - 4 weeks ago
Here are five key players that could have a say in the Mets’ attempt to reach the finish line in first place.
Read More

nypost.com - 10 months ago
Ruthless Twitter critics have lasered in on Jared Leto's accent, taking potshots at the actors' performance, which many analogized to the titular character in "Super Mario."
Read More

nypost.com - 10 months ago
“Vocally, I started with the Lucy voice," Kidman said at a Thursday "Being the Ricardos" screening in NYC. "And I’d do it for my husband who has a great ear, cause he’s a musician, and he’d be, like, ‘Hmmmm.’ Kinda scary.”
Read More
More News & Articles