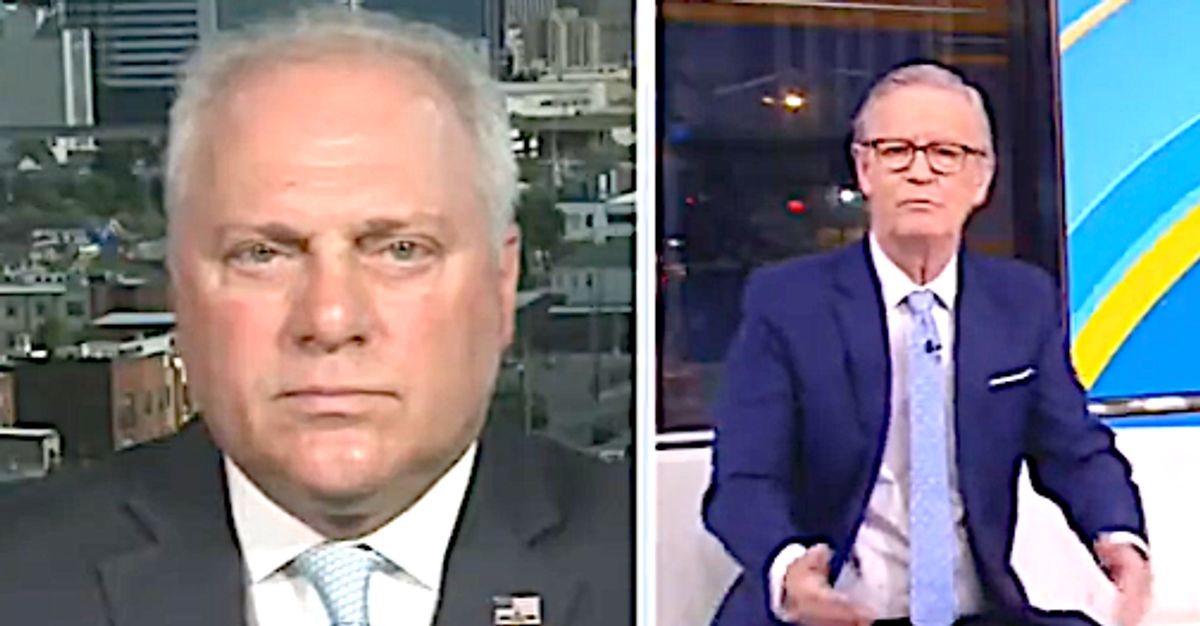 “Who went rogue? They were following a search warrant,” Doocy said.

Early on in the conversation, Doocy asked Scalise: “Whatever happened to the Republican Party backing the blue — and in particular the... members of law enforcement, federal law enforcement at the FBI?”

The Fox host went on to refer to “specific death threats” against FBI field agents in the wake of Republican lawmakers and others online “demonizing” the bureau following the search of the former president’s home. Doocy quoted a tweet from Rep. Paul Gosar (R-Ariz.) where he wrote Monday: “We must destroy the FBI.”

The problem, Scalise added, is “if you see some agents go rogue,” when they don’t “have the right checks and balances at the top.”

When pressed by Doocy about his claims against the so-called “rogue” agents, Scalise pointed to inaccurate reports that Attorney General Merrick Garland, “said he didn’t even know about this raid.”

Doocy fired back: “Steve, why not wait a week or so until we know more about this search warrant than immediately rush to judgment and say, ‘The FBI, they’re crazy.’”

Garland said in a statement Thursday he had “personally approved” the FBI’s decision to seek a search warrant for Trump’s Florida home.

The Department of Justice has taken action to make the warrant public, Garland also explained, citing the clear public interest in the investigation.

Check out the conversation below.

Critics on Twitter slammed Scalise’s — and other Republicans’ — selective notion of justice.

Republicans are fine with backing the blue when it fits their narrative. When law enforcement is holding them accountable they cry that they’re victims.

His mantra is "Back the Blue until they come for you!".

www.huffpost.com - 2 years ago
From clinginess to regression, here's what to look out for. And how to give them attention without depleting yourself.
Read More