The agreement requires Boeing to monitor stormwater runoff for 195 pollutants after the company completes a cleanup of the Santa Susana Field Lab.
Author: Tony Briscoe
Published: 2022-08-12 01:37 am 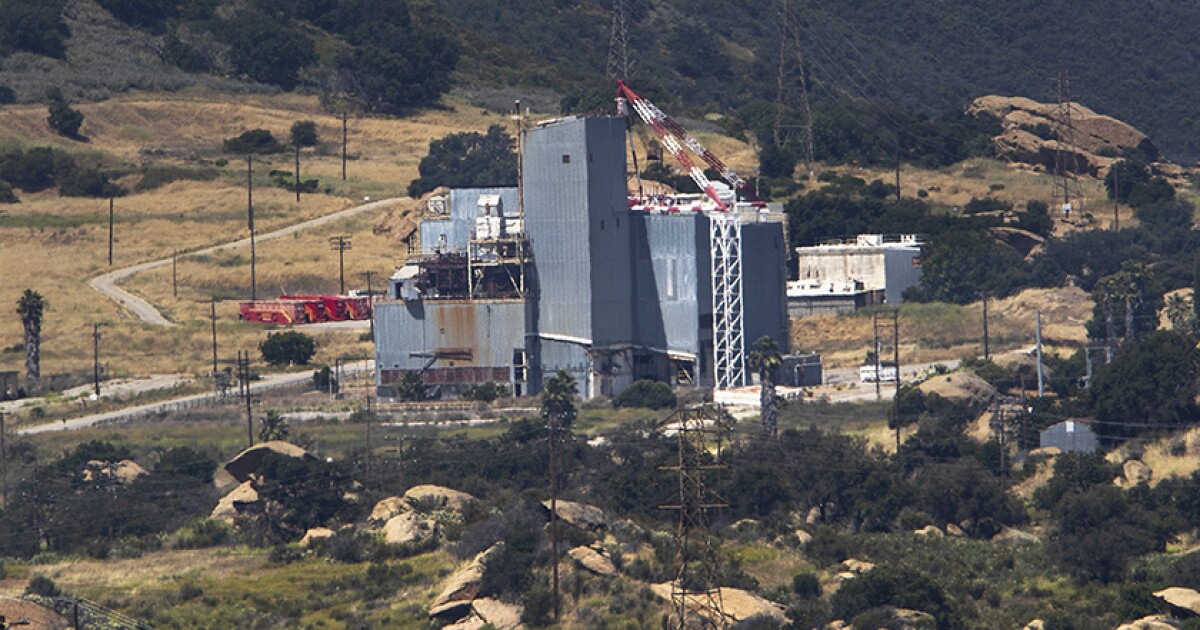 Despite the heated objections of neighbors and environmentalists, the Los Angeles Regional Water Quality Control Board voted unanimously Thursday to approve an agreement with Boeing Co. that seeks to ensure polluted stormwater isn’t still flowing into local creeks and the Los Angeles River after the company cleans up the notoriously toxic Santa Susana Field Laboratory.

The agreement requires Boeing to monitor stormwater draining into the Calleguas Creek watershed for 195 pollutants after the company completes its cleanup of the 2,850-acre site atop a plateau in southeastern Ventura County. Boeing would have to test for the contaminants in waterway outfalls for at least 12 storm events to ensure levels of pollutants would not violate federal water quality standards or background levels. Afterward, the water board could decide to release Boeing from these regulations if it deems the area is no longer a risk to public health or environment.

The field lab grounds are laced with heavy metals and radioactive contaminants after industrial activities from Boeing, rocket manufacturer Rocketdyne, NASA and the U.S. Department of Energy, which used the site as a proving ground for rocket engines for space exploration and nuclear reactors for power after World War II. These contaminants — including brain-damaging lead and potent carcinogens — have migrated off site and have been observed in the local creeks that feed into the Los Angeles River.

Boeing, NASA and the Energy Department are each responsible for cleaning up different areas of the site. These parties and the state entered into a 2007 consent decree, which required them to clean up the site and minimize the risk of cancer to 1 additional case of cancer for 1 million exposures. However, the health risk depends on how the site is used, and legal disputes over cleanup standards caused significant delays.

The state’s Department of Toxic Substances Control is the agency responsible for overseeing the company’s remediation of soils and groundwater. The cleanup standard still has yet to be decided, but the work could take 10 to 15 years and cost hundreds of millions of dollars regardless of the scenario to excavate and remove soils.

Thursday’s vote was seen by many agency heads as a victory and a means of limiting further delays that could result from litigation.

“Today’s vote clears the way for a stringent cleanup at one of the nation’s most polluted sites and is a monumental step forward after decades of stalled progress,” DTSC Director Meredith Williams said in a statement. “DTSC is grateful for the Water Board’s careful consideration and looks forward to working together to see this cleanup to completion.”

The water board has historically levied fines against Boeing for polluted water discharges detected near the site. In November 2018, roughly 80% of the Santa Susana Field Lab site burned as wildfire raced through Woolsey Canyon, in one of the most destructive wildfires in L.A. County history. Not long after, rain swept through the area and monitoring found unsafe levels of several pollutants, including cyanide, copper, lead, arsenic and dioxins. Boeing paid $25,750 for the elevated levels of TCDD, a potent cancer-causing dioxin.

The water board’s vote came after California Environmental Protection Agency administrator Jared Blumenfeld and a Boeing representative implored the water board to approve a memorandum of understanding in order to advance long-delayed cleanup efforts. Industrial operations at the field lab ceased in 2006.

“We did not enter into mediation with Boeing for the sake of compromising — and for the record, I’ve never been shy about taking legal action against polluters,” Blumenfeld said.

However, it also ran counter to hours of testimony from elected officials, environmental organizations and residents urging the board to postpone or reject the agreement, which many argued was insufficient because it would monitor and regulate only a fraction of the legacy pollutants at the site. The agreement was largely excoriated for the duration and scope of testing. Some were concerned about Boeing administering the testing. There are more than 300 pollutants in the soils, groundwater and surface waters, though water board officials said not all were at levels of concern. The mandated 12 storm events are estimated to occur over five years, which some found insufficient.

“This abrogation of water pollution restrictions is tantamount to an old medical saying of, ‘You can’t find a fever if you don’t check the temperature,’” Dr. Robert Dodge, a family physician in Ventura County and member of the board of Physicians for Social Responsibility. “How is it possible to relieve the responsible parties of their obligation to the promised cleanup and the continued monitoring and control of release of these contents?”

About 700,000 people live within 10 miles of the site in Chatsworth, West Hills, Woodland Hills, Calabasas, Westlake Village and Simi Valley.

Melissa Bumstead, a West Hills resident and founder of Parents Against the Santa Susana Field Lab, says her group has independently identified 81 cases of pediatric cancer within the 10-mile radius.

“We certainly don’t want toxic chemicals in our kids’ water,” said Bumstead, whose daughter was diagnosed with a rare and aggressive form of leukemia in 2014. “We want their water to be as safe as possible. Regardless of whether or not Boeing finds that convenient. Our children eat fruits and vegetables grown in water that can be polluted by the SSFL. They drink the water, bath in it, cook with it and play with it. Having safe, clean water is vital to their health and quality of life. And our children’s lives are more important than politics or Boeing’s profit margin. We live here. I live here. This is our home. A faster but weaker cleanup doesn’t help us”

From the first human spaceflight to the Apollo moon landings, Boeing officials say almost every major U.S. space program owes its success to the research and development conducted in the Santa Susana Mountains.

But community members wanted the water board to consider the toll it’s taken.

Before the board’s vote, Marisa Lopez shared pictures of her teenage daughter who had been diagnosed with brain cancer, who had to undergo surgery and endure 45 rounds of radiation.

“Nobody should have to go through this,” Lopez said. “And if it can happen to our family, it can happen to yours. I’m sharing my daughter’s story because I want you to understand that your decision today will impact real people like my daughter.… She’s not a statistic, and she is not an acceptable risk.”

www.latimes.com - 2 years ago
British scientists have bolstered their case that the new coronavirus variant spreads more easily than its predecessors. It could be worse in the U.S., they warn.
Read More

www.latimes.com - 2 years ago
Authorities say a suspect is expected to face criminal charges in connection with the Valley shooting.
Read More

www.latimes.com - 2 years ago
With election day over two weeks away, more than 1 million Californians have returned mail-in ballots, dwarfing the number submitted at this point in 2016.
Read More
More News & Articles