The Chinese air force is sending fighter jets and bombers to Thailand for a joint exercise with the Thai military on Sunday
Author:
Published: 2022-08-13 12:39 am 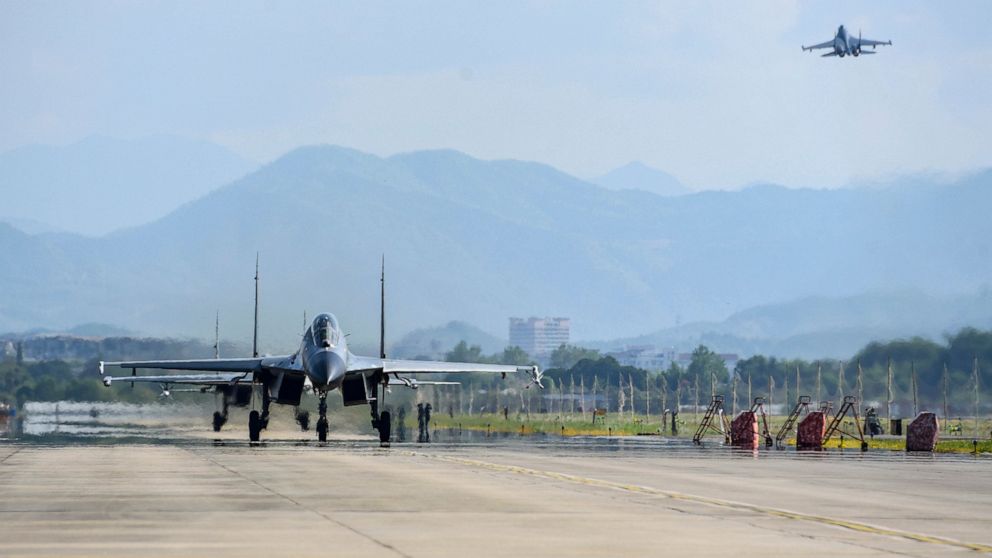 BANGKOK -- The Chinese air force is sending fighter jets and bombers to Thailand for a joint exercise with the Thai military on Sunday.

The training will include air support, strikes on ground targets and small and large-scale troop deployment, the Chinese Defense Ministry said in a statement posted on its website.

China's expanding military activities in the Asia-Pacific region have alarmed the United States and its allies and form part of a growing competition between the world's two largest economies.

U.S. Defense Secretary Lloyd Austin visited Thailand in June as part of an effort to strengthen what he called America’s “unparalleled network of alliances and partnerships” in the region.

The Falcon Strike exercise will be held at the Udorn Royal Thai Air Force Base in northern Thailand near the border with Laos. Thai fighter jets and airborne early warning aircraft from both countries will also take part.

The training comes as the U.S. holds combat drills in Indonesia with Indonesia, Australia, Japan and Singapore in the largest iteration of the Super Garuda Shield exercises since they began in 2009.

It also follows China's sending warships, missiles and aircraft into the waters and air around Taiwan in a threatening response to a visit by U.S. House Speaker Nancy Pelosi to the self-ruled island, which China claims as its territory.

abcnews.go.com - 11 months ago
A Brazilian Senate committee has recommended criminal indictments for President Jair Bolsonaro over his handling of the COVID-19 pandemic
Read More

British pound plummets to new lows against US dollar

abcnews.go.com - 1 day ago
The British pound has fallen to an all-time low against the U.S. dollar after the government pledged a sweeping package of tax cuts that have fueled concerns about its economic policy
Read More
More News & Articles