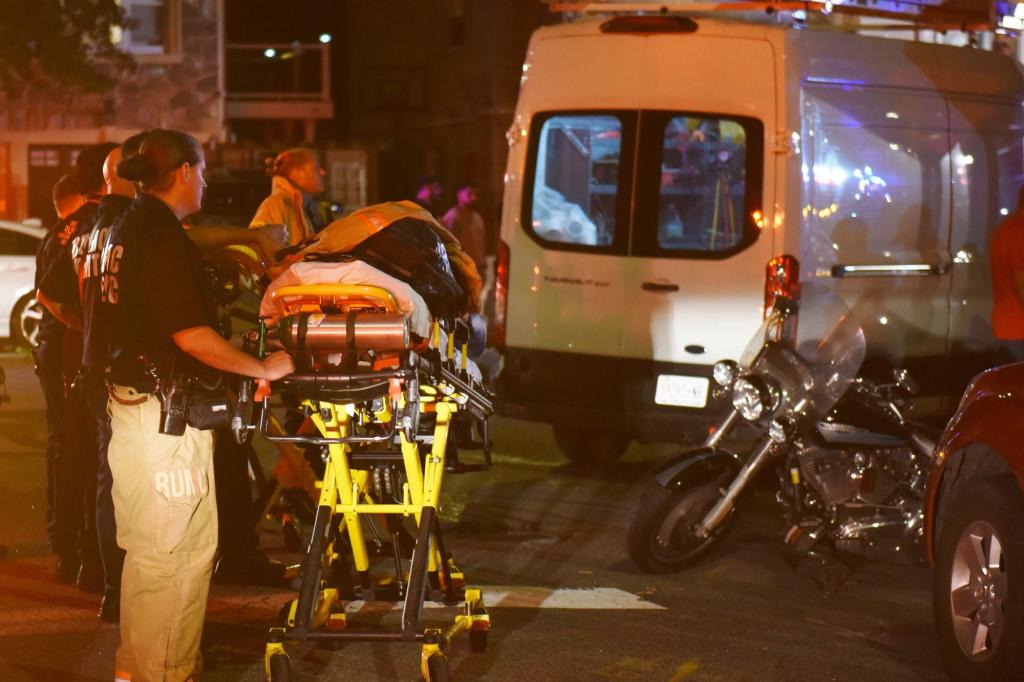 A firefighter was seriously injured while battling a blaze on Staten Island Friday night, authorities said.

The fire broke out on the second floor of a three-story home on Gary Court in Bulls Head just before 10:30 p.m., the FDNY said.

The injured fireman suffered serious injuries to his neck and face, according to sources.

He was being treated at Staten Island University Hospital, officials said.

The fire was under control about 50 minutes after the call went out, the FDNY said.

nypost.com - 1 year ago
Fourth of an 11-part series. Coming tomorrow: offensive line. Pat Freiermuth grew up in Massachusetts and wore No. 87 in college because of one of his favorite players on the Patriots, Rob Gronkowski. Even if he admittedly doesn’t like being tagged with
Read More

nypost.com - 2 years ago
A woman allegedly attempted to bluff her way past a Washington, DC security checkpoint by pretending to be a law enforcement officer — then fled the real cops before she was busted, according to authorities. The suspect approached the checkpoint around
Read More

nypost.com - 3 months ago
With both the NBA and MLB in action today, there are plenty of options for bettors on today’s board. However, expert bettors are targeting three particular contests. All the information about to be presented is drawn from the Action Network PRO Report,
Read More
More News & Articles