A man stole an NYC Parks Department truck, then crashed it into an occupied NYPD cop car in Manhattan.
Author: Jesse O’Neill
Published: 2022-08-13 02:10 am 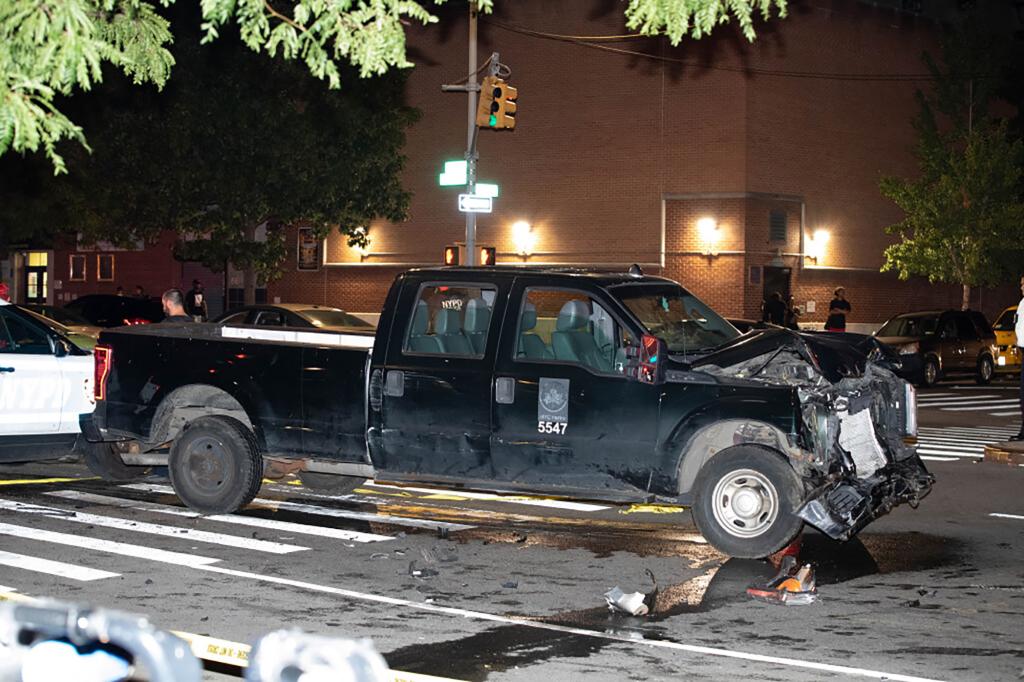 The wild chain of events started when a city parks worker was locking up Fred Samuel Playground on Lenox Avenue and West 139th Street in Harlem around 9 p.m., police said.

The worker got in his city-issued Ford F-250 pickup truck before getting out to pick up something he had dropped. A suspect then hopped in the black vehicle emblazoned with the department’s distinctive green logo and hightailed it north up Lenox, according to police.

The deranged driver then crossed the yellow line five blocks north at West 144th Street and rammed the stolen truck into the police SUV. The two officers inside suffered minor injuries.

Other cops nearby were able to track down the suspect when he tried to flee on foot, officials said.

Charges were pending against the unidentified suspect, who was possibly drunk, according to sources.

nypost.com - 3 months ago
President Biden headed to Germany Saturday for the G7 meetings with leaders of the world's wealthiest nations.
Read More

Trevor Bauer done for the season amid sexual assault investigation

nypost.com - 1 year ago
The Los Angeles Dodgers' star pitcher will miss the remainder of the 2021 MLB season
Read More

nypost.com - 2 months ago
It's widely speculated she will also stop in Taiwan, which Communist China maintains is a breakaway province.
Read More

nypost.com - 2 years ago
WASHINGTON — House Speaker Nancy Pelosi hailed Joe Biden’s historic win Saturday as a “victory for the soul of the nation” — as Republicans in Congress greeted the news with radio silence. “We kept the republic! Congratulations to Joe Biden on his victory
Read More
More News & Articles