HBO Max is pulling 36 titles from its streaming platform this week. The move isn't a kid-friendly one, with the service dumping several animated shows such as Infinity Train and Summer Camp Island. (Image credit: Cartoon Network Studios, Inc.)
Author: Emma Bowman
Published: 2022-08-19 08:40 am 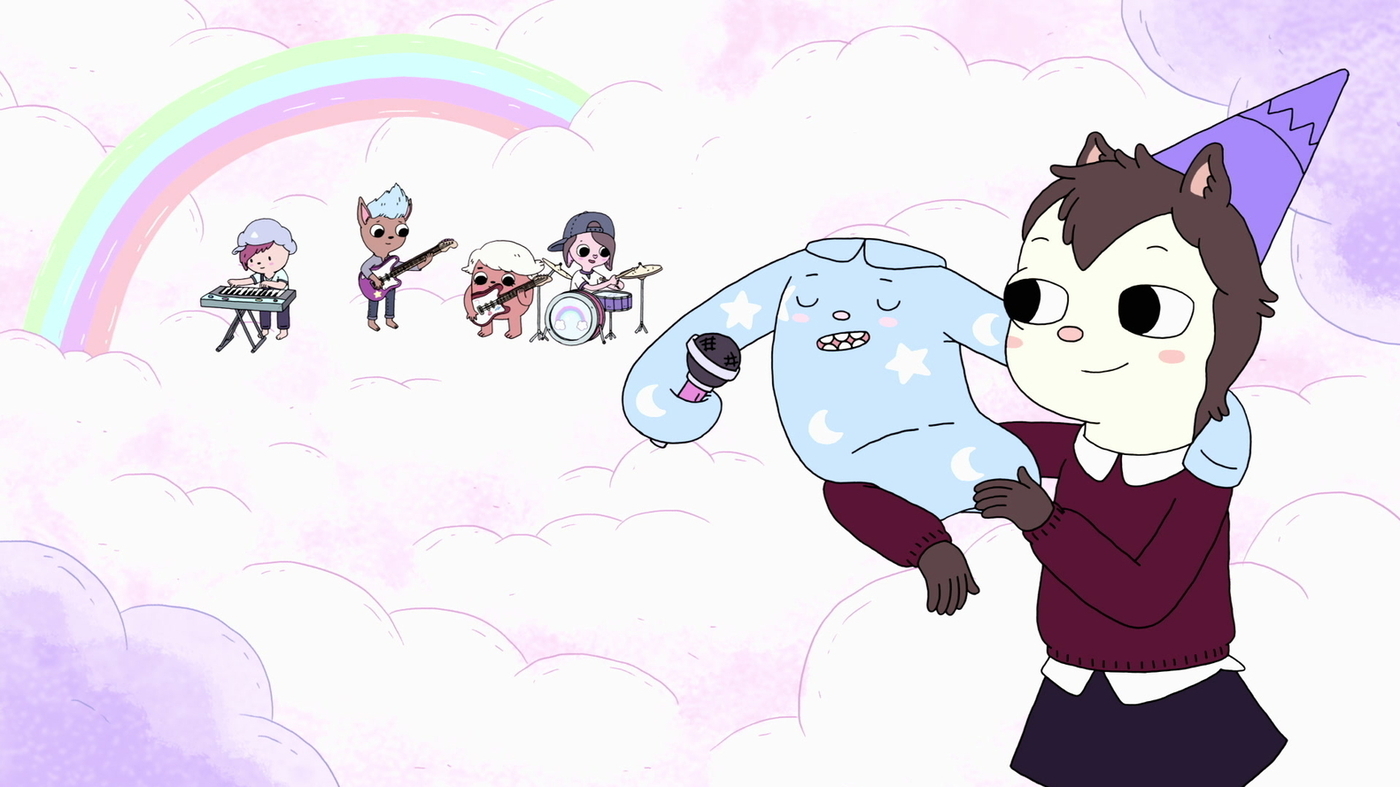 HBO Max is pulling 36 titles from its streaming platform this week, the company confirmed to NPR, citing the pending merger of HBO Max and Discovery+, which are both owned by parent conglomerate Warner Bros. Discovery. It's the platform's latest and largest content purge in a series of recent cost-cutting moves.

"As we work toward bringing our content catalogs together under one platform, we will be making changes to the content offering available on both HBO Max and discovery+," HBO Max said in a statement emailed to NPR. "That will include the removal of some content from both platforms."

The content set to disappear includes HBO Max originals like the teen drama Generation and Sesame Street spinoff The Not-Too-Late Show with Elmo, as well as an unspecified selection of Sesame Street specials, and several animated shows, including Summer Island Camp.

HBO Max has quietly axed several shows and movies in recent weeks, such as Vinyl, Mrs. Fletcher, Run and Camping. But this latest announcement marks the most titles the company has taken off the platform, Variety reported. Removing titles that aren't as popular, the publication noted, will likely save Warner Bros. Discovery money on residuals for those programs.

The content slashes are just one part of multiple changes — largely hitting HBO Max the hardest — ahead of the merger, in the wake of last year's merger between Warner Media and Discovery.

About 70 employees — or about 14% of the total staff — were laid off earlier this week, as Deadline reported. Most of the layoffs were on the HBO Max side, as Warner Bros. Discovery looks to reduce redundant positions.

The news follows the platform's recent canning of Batgirl while the film was in post-production, which Warner Bros. Discovery attributed to its "leadership's strategic shift" as it rethinks its superhero content.

Here's the full list of the titles HBO Max says it will remove this week:

My Dinner with Herve

My Mom, Your Dad

Pac-Man and the Ghostly Adventures

Make It Big, Make It Small

The Not-Too-Late Show with Elmo

www.npr.org - 1 year ago
The Centers for Disease Control and Prevention say fully vaccinated people against COVID-19 can resume activities indoors or outdoors, in gatherings large or small, without masks or distancing.
Read More

www.npr.org - 1 year ago
The dynamics on display between the leaders can give clues on relationships and the status of talks on the world's weightiest issues. (Image credit: PHIL NOBLE/POOL/AFP via Getty Images)
Read More

Once on children's wish lists, hazardous toys are on display in a museum

www.npr.org - 9 months ago
"Dangerous Games," an exhibition at the Napa Valley Museum in Northern California, harks back to a time when sharp and toxic playthings were on every kid's holiday wish list.
Read More

Madeleine Albright, the first female secretary of state in U.S. history, has died