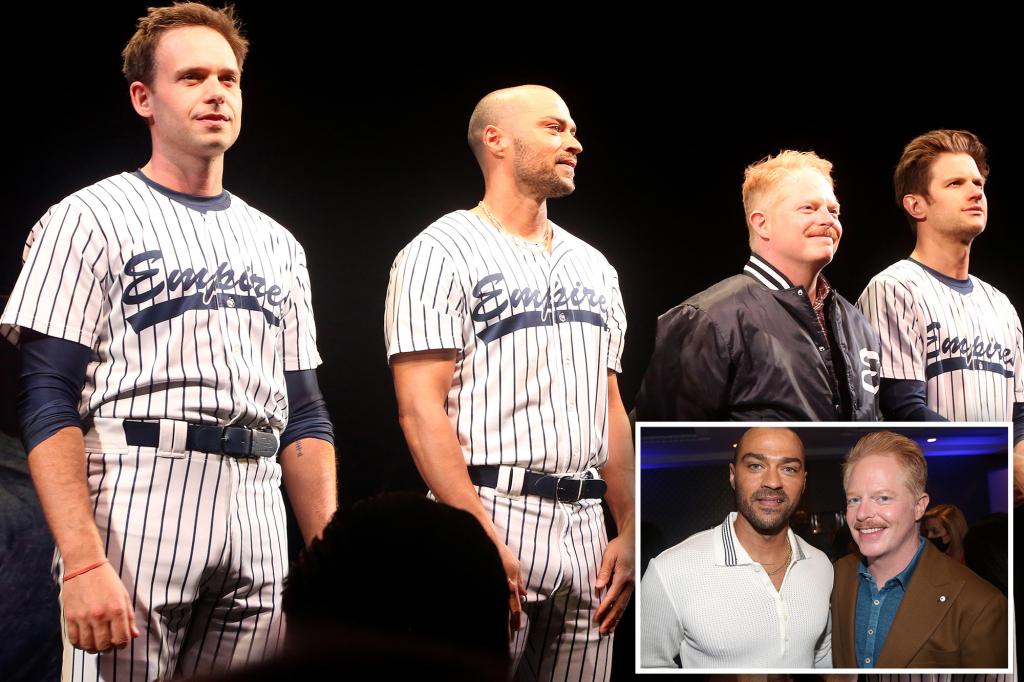 Jesse Williams and Jesse Tyler Ferguson are returning to the Broadway stage later this fall, reprising their roles in “Take Me Out.”

The show, directed by Scott Ellis and written by Richard Greenberg, will begin a limited, 14-week run starting Oct. 27 at Manhattan’s Schoenfeld Theatre.

The “Grey’s Anatomy” alum, 41, stars as Darren Lemming, a baseball player who comes out as gay, while Ferguson, 46, plays Lemming’s business manager. The “Modern Family” actor won the Tony for Featured Actor in a Play earlier this year for his work.

“Fran and I are so honored to serve as pinch-hitters and take the show into extra innings,” Barry Weissler, who produced the show, said in a statement. “We were blown away when we saw it at the Hayes [Theater] earlier this year… After being big fans when the play premiered back in 2004, we were struck by how relevant and timely it continues to be.”

Controversy struck the production in May when leaked nude photos of Williams surfaced online. The footage from the locker room scenes, where full-frontal nudity was shown, was taken during a performance despite audience members being required to lock up their phones at the beginning of the play.

Ferguson and Williams both opened up about the incident earlier this year, with the “Sisterhood of the Traveling Pants 2” actor saying he was fine with it.

“Everybody around me [was] going, ‘Are you serious? Are you sure? Nude, nude? Naked, naked? Front?’ Everybody makes such a big deal,” Williams said on “Watch What Happens Live with Andy Cohen” at the time. “It’s a body. Once you see it, you realize [it’s] whatever. It’s a body!”

Ferguson tweeted in May that he was “appalled by the disrespect shown to the actors of our company whose vulnerability on stage every night is crucial to ‘Take Me Out.'”

nypost.com - 2 years ago
If Prince Harry and Meghan Markle ever thought they could re-enter royal life or straddle the awkward line between using their titles to shill products while being “private” citizens – they got another thing coming! A new report this week claims the Queen
Read More

nypost.com - 6 months ago
Comedian Ricky Gervais recently previewed what he'd say if he ever hosted the Oscars.
Read More

nypost.com - 2 years ago
The Nets’ first challenge of this season is a significant one. The Athletic reported that star guard Spencer Dinwiddie suffered a partially torn ACL and it appears that he will miss the rest of the season. Dinwiddie, who is a free agent after this year,
Read More
More News & Articles