Atlanta Braves outfielder Marcell Ozuna was arrested after 4:30 a.m. on Friday for driving under the influence.
Author: Ryan Dunleavy
Published: 2022-08-19 11:00 am 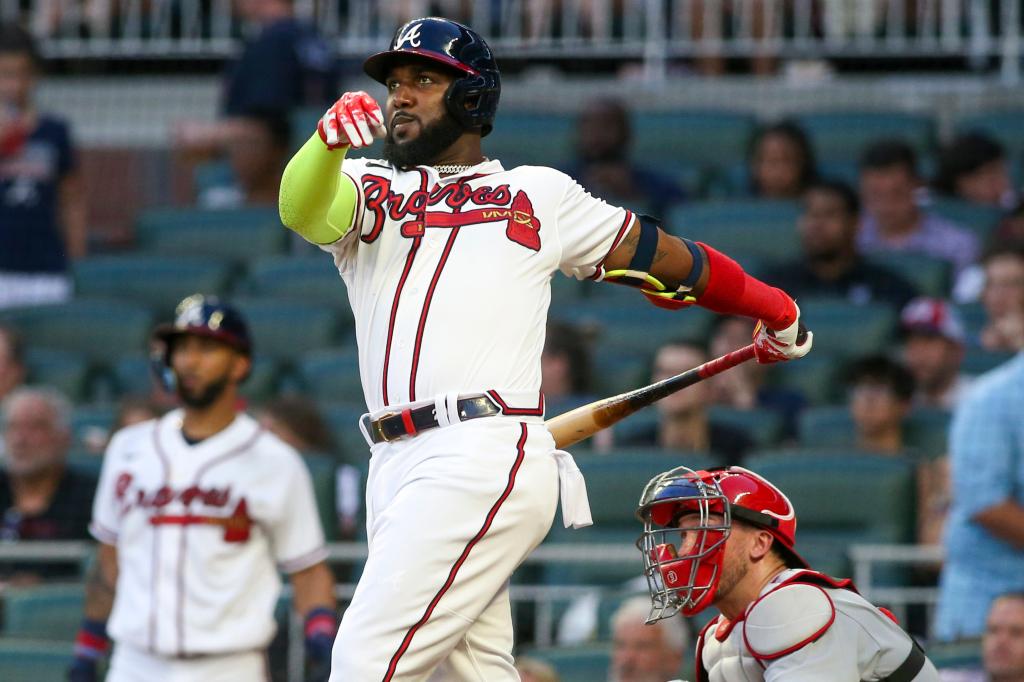 Atlanta Braves outfielder Marcell Ozuna was arrested after 4:30 a.m. on Friday for driving under the influence, according to multiple reports citing police records.

It is the second arrest in 15 months for Ozuna, who faced assault and battery charges last year after police allegedly witnessed him strangling his wife while responding to a call. Felony charges were dropped and replaced with misdemeanor family violence battery and simple assault.

Ozuna agreed to enter into a six-month domestic violence interventional program plus more than 200 hours of community service and anger management counseling as part of a probation deal. He received a retroactive unpaid suspension of 20 games during the 2021 season.

The Braves have not yet commented on Ozuna’s DUI arrest and it is unclear what penalty he will face from the team or MLB. Ozuna was released from county jail on $1,820 bond, according to The Athletic.

Ozuna is owed more than $41 million on his four-year, $65 million contract through the 2024 season, but he lost his starting job earlier this season and is hitting .214.

nypost.com - 2 years ago
She went from morbidly obese to lethally underweight.
Read More

Social media offers parents more controls. But do they help?

nypost.com - 2 months ago
“These platforms know that their algorithms can sometimes be amplifying harmful content, and they’re not taking steps to stop that,” said Irene Ly.
Read More

nypost.com - 2 years ago
Tesla CEO Elon Musk is cozying up to China as the electric-car maker faces growing scrutiny in one of its most important markets. The world’s second-richest man reportedly sang Beijing’s praises in a recent interview with state-run China Central Televisio
Read More

nypost.com - 2 months ago
LIV Golf players were lurking on the leaderboard after the first round of the British Open at St. Andrews on Thursday.
Read More
More News & Articles