The approach includes Cabinet picks speaking out before their Senate hearings.
Author:
Published: 2020-11-18 11:46 am 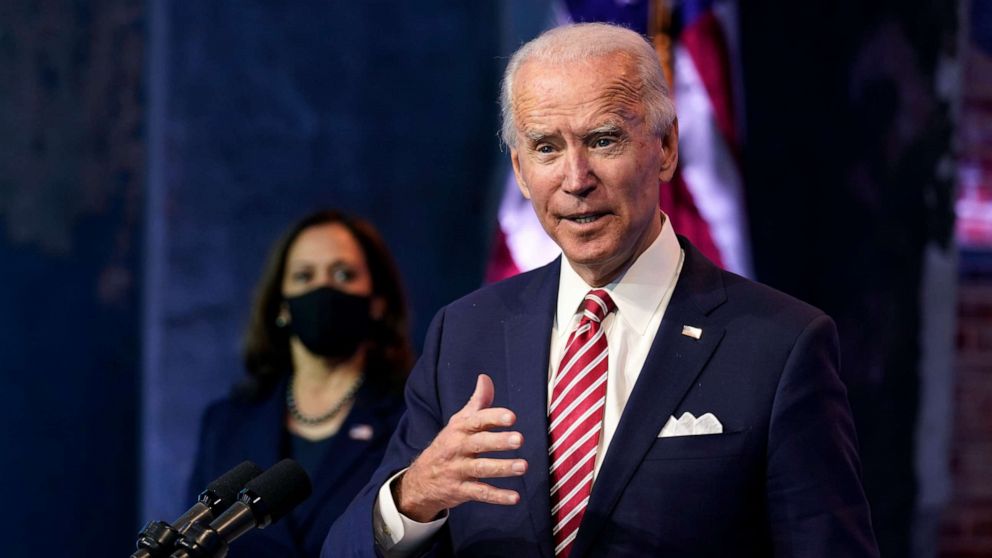 President-elect Joe Biden is rolling out his team and a new strategy to get cabinet nominations confirmed on Capitol Hill as he prepares to introduce nominees to the American people.

Biden's team is expected to do away with the “the old playbook dictating that nominees say nothing in public until their hearings,” signaling a public campaign ahead of any official confirmation process, according to a Biden transition official.

The change would increase nominees' exposure and could bring increased scrutiny, but it could also help build public support for the nominees.

That support could prove critical. Biden is likely to face confirmation battles in the coming months as he builds out his administration, particularly with Senate Republicans favored to retain a majority and as the country remains divided while President Donald Trump continues to push unfounded claims of a stolen election.

Still, Biden has long argued that his administration would prioritize working in a bipartisan manner to help mend deep political divisions, and the president-elect's transition is hoping to revive old traditions of bipartisan support for the incoming president’s cabinet nominations.

“We are operating under belief that the Senate will be under substantial pressure from the public and voters across the country -- as well as from their allies in the business community and throughout Washington -- to take action on the economy and public health crises, to confirm nominees and rebuild federal agencies with competent public servants," a transition official said.

According to the official, the overall nominations team will be led by former White House Communications Director Jen Psaki, working with Senator Dick Durbin’s floor director, Reema Dodin, who will oversee legislative strategy for nominations. Jorge Neri, former senior adviser to the campaign will serve as the deputy outreach director for confirmations.

Andrew Bates, Biden’s rapid response director from the campaign, will serve in a leadership role, as will Saloni Sharma, who served most recently as deputy communications director to Senator Elizabeth Warren. Sean Savett, the former rapid response director for Mayor Pete Buttegieg’s presidential campaign, will also be a key member of the team, according to the official, who said others are also expected to be brought on board.

Biden’s nomination team will coordinate with overall transition staff, including former Deputy Director of the White House Office of Public Engagement Stephanie Valencia handling outreach for the transition and Louisa Terrell, who worked for Biden in the Senate and in President Barack Obama's White House, handling congressional affairs.

abcnews.go.com - 1 month ago
Two almost simultaneous earthquakes have been felt in the South Shetland Islands in the Antarctica and in central Chile, where buildings shook in the capital, with no casualties or damage reported
Read More

Top US general continues to see 'heightened risk' from Iran

Iran’s supreme leader says U.S. must lift all sanctions if it wants Iran to return to nuclear deal