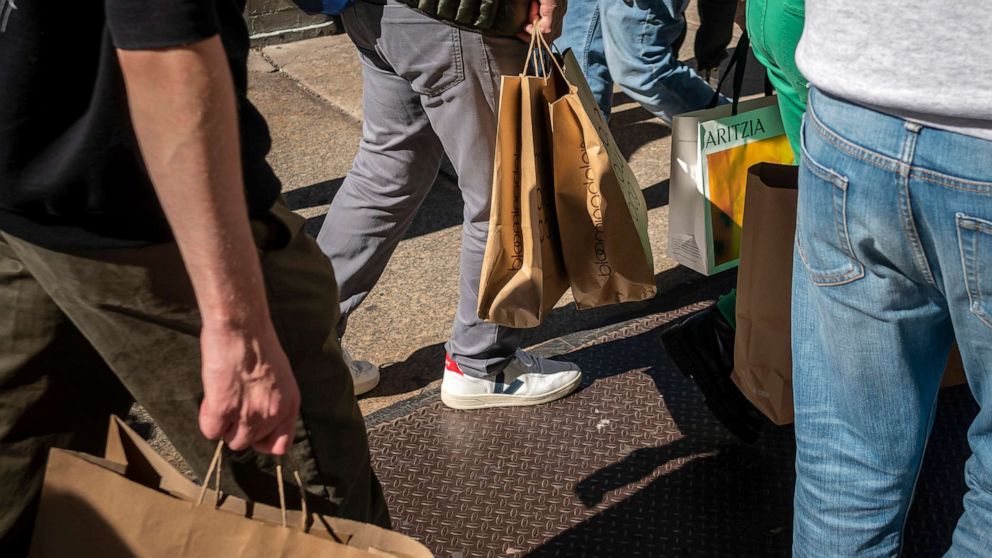 The consumer confidence index jumped to 108.0 this month from 103.6 in August.

U.S. consumer confidence rose more than expected this month, extending a rebound in sentiment that began with a jump in August.

The growing confidence in the U.S. economy defies recession fears on Wall Street less than a week after the Federal Reserve raised its benchmark interest rate and forecasted rising unemployment.

The Conference Board said on Tuesday its Consumer Confidence Index rose to 108.0 this month from 103.6 in August. Consumer sentiment improved both for the current state of the labor market and business conditions.

Last week, the Federal Reserveescalated its fight against inflation by raising borrowing costs 0.75% — a repeat of the same hike it imposed at each of the last two meetings. Prior to this year, the Fed last matched a hike of this magnitude in 1994.

The data from the Conference Board signals resilient consumer confidence, which could sustain consumer spending.

The Fed, which aims to fight inflation by slowing the economy, may see the data as a sign that it should continue its significant rate hikes. The approach, however, risks tipping the U.S. into an economic downturn and putting millions out of work.

Before the Consumer Confidence Index jumped in August, it had dropped for three consecutive months. It reached its lowest point of the year in July.

The persistence of elevated prices has weighed on U.S. consumers and investors for well over a year. A higher-than-expected inflation report this month sent the S&P 500 tumbling for its worst day of 2022.

Inflation data showed that prices rose unexpectedly in August from the month prior but the overall year-over-year inflation rate fell slightly to 8.3%.

abcnews.go.com - 3 months ago
Greek lawmakers have voted for a parliamentary investigation into the surveillance by the country’s secret service of an opposition party leader’s phone
Read More

abcnews.go.com - 10 months ago
Turkey’s central bank kept its key interest rate unchanged for a second consecutive month despite soaring inflation that has left many in the country struggling to purchase food and basic goods
Read More

Dallas to probe why cop accused of murder stayed on job

abcnews.go.com - 2 years ago
Dallas’s mayor has formed a committee to investigate why a police officer was allowed to remain on active duty for more than a year and a half after he was implicated in two 2017 killings
Read More

abcnews.go.com - 1 year ago
Mexico says it has extradited a former Chilean guerrilla who carried out kidnappings in Mexico
Read More
More News & Articles