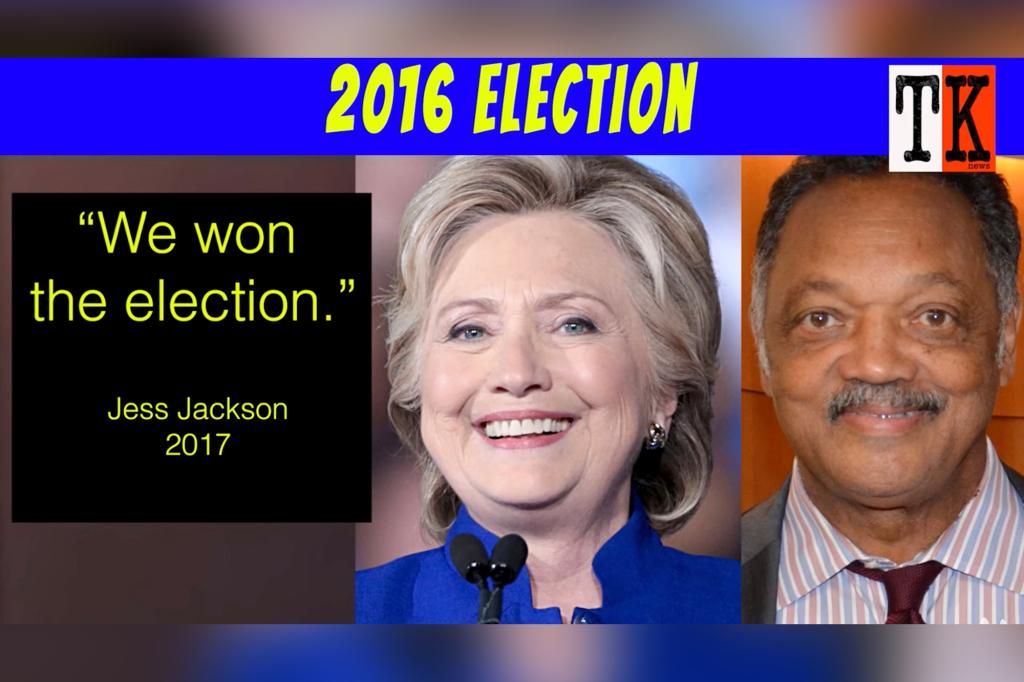 That is: “How can declaring the 2020 election illegitimate be prohibited if saying the same thing about 2016 was and is encouraged?”

The video is a pure fact — that is, it simply documents that denial with clips of “Hillary Clinton, Joe Biden, Kamala Harris, Karine Jean-Pierre, Adam Schiff, Rob Reiner, Tom Arnold, and Chris Hayes, among many others” pushing the fantasy that “Russia hacked the election”, i.e. faked vote totals to rob Hillary of her victory.

YouTube says it’s “not suitable for all advertisers,” which is true of a lot of non-suppressed content. The real issue is simply that it’s embarrassing, as it shows how Democrats set the precedent for denying a new president’s legitimacy. (A follow-up video makes the 2016-2020 parallels even more clear.)

Dems’ denial then was “exactly the kind of behavior we’re now being told is so dangerous that it requires both censorship and official investigation,” Taibbi (a proud lefty!) rightly notes; though Donald Trump’s “brand of election denial was dumber and less likely to succeed than that of his opponents. Orfalea’s video shows the double standard. We either censor and condemn election denial, or we don’t. You can’t have it both ways, but they sure are trying.”

nypost.com - 5 months ago
Michael Fuchs, the ex-HBO chairman and CEO, has sold his longtime penthouse at 130 E. 12th St. to, we hear, a tech founder.
Read More

nypost.com - 2 months ago
It should be a simple thing to understand: If you have more criminals on the street, you have more crime. But Gov. Kathy Hochul and our political leaders keep saying there is not enough data to show that bail reform has been a failure. Really?
Read More

nypost.com - 1 year ago
The Knicks’ thrilling season-opening win ended up being costly for the team’s biggest star.
Read More

nypost.com - 2 years ago
Joe Biden has won gold in the Silver State, coming out on top in Nevada.
Read More
More News & Articles