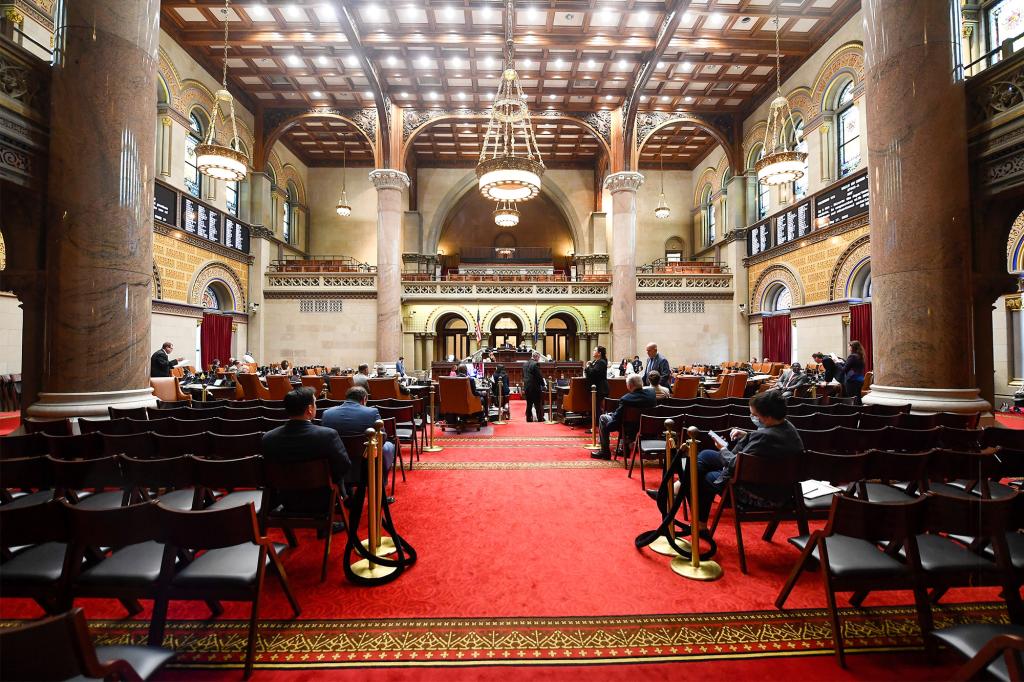 A state judge ruled Thursday that a much-criticized state panel ought to get a second chance at redrawing Assembly district lines next year — despite fears it might once against screw up at its appointed task while wasting millions of taxpayer dollars.

“There is no doubt that the redistricting process did not work as intended,” Manhattan Supreme Court Judge Laurence Love said in the 15-page ruling of the process overseen by the Independent Redistricting Commission established by a 2014 amendment to the state Constitution.

The litigious trio wanted the court to appoint a special master to draw new lines instead of the Commission, whose bunged work might ultimately cost Democrats control of Congress this November when their narrow majority is on the ballot.

The ruling — which could be appealed — means new Assembly lines must be prepared by the IRC for legislative approval by April 28, 2023 following a series of court-mandated public hearings.

“It is hard to overstate our clients’ disappointment with this ruling. We are exploring appellate options now. Returning the process to redraw an unconstitutional map to the entity responsible for the unconstitutionality does one thing only: rewards bad behavior,” Jim Walden, an attorney for Greenberg, Wax, and Nichols told The Post on Thursday.

A spokesman for Assembly Speaker Carl Heastie and an attorney representing his chamber did not respond to a request for comment on the suit, which also named Gov. Kathy Hochul, state Senate Majority Leader Andrea Stewart-Cousins and others as nominal respondents.

“We’ve seen this movie before. We know how it ends. Skip to appointment of special master who is familiar with New York immediately and stop wasting New Yorkers time and money with a useless bipartisan commission that defaults to the Legislature,” Susan Lerner, executive director of the good government group Common Cause New York, said in a statement.

The ruling was a victory for Albany Democrats wanting to avoid the appointment of a special master after Democratic and Republican members — one of whom is now running for the state Senate — deadlocked on new lines for Congress, the state Senate, and the Assembly.

Albany Democrats’ efforts to get favorable maps in place eventually blew up in their faces after the state’s highest court ruled against them.

“The IRC and legislature had a clear, if flawed, process to implement maps and failed that task, leaving it to the courts and a special master to draw a valid map for the Congressional and state senate elections,” Lovelace wrote in the ruling.

But the new Assembly lines remained in place for elections this year because Republicans didn’t bother to challenge them in time though the courts eventually tossed them as well following another round of litigation.

Wax told The Post that he wants to appeal the decision while trying to keep the unfavorable ruling against a special master in perspective.

“This is still a victory at the end of the day,” Wax said of legal efforts against the Assembly lines approved by the Democratic supermajority in the chamber earlier this year.

“In the grand scheme of things we have struck down unconstitutional Assembly maps for the better part of a decade,” he added about the eight years that new lines might remain in place until the next the redistricting process begins anew following the 2030 Census.

nypost.com - 3 weeks ago
"I am going to say this, and she said I could. She wasn't really the architect of any of it — she was in the way background" John Stamos said of Lori Loughlin.
Read More

nypost.com - 4 months ago
Carlos Carrasco gave his team 7 ²/₃ shutout innings in a 4-0 victory over the Marlins on Saturday night at loanDepot park.
Read More

Here are all the intimate details Amazon knows about us

nypost.com - 1 year ago
The company gathers a vast array of information on its US customers, and it started making that data available to all upon request early last year, after trying and failing to defeat a 2018 California measure requiring such disclosures.
Read More

nypost.com - 2 months ago
Progressive Democrats blasted Mayor Eric Adams on Friday over his plan to house migrants in a tent city in The Bronx.
Read More
More News & Articles