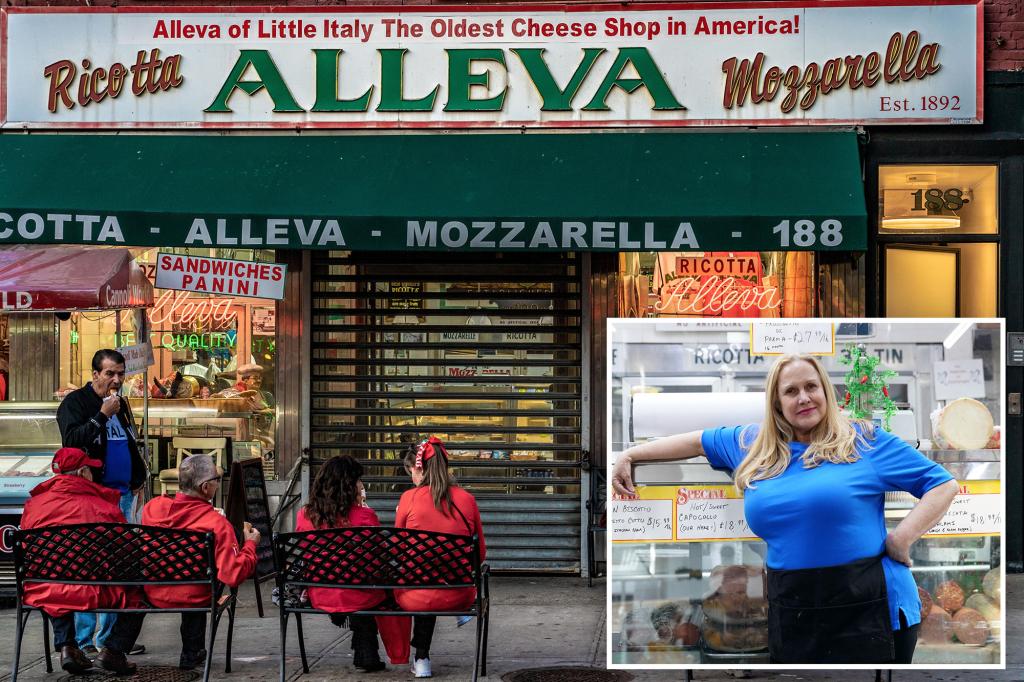 A Manhattan deli known as the nation’s oldest cheese shop was forced to declare bankruptcy amid a lawsuit over the back rent it owes, a spokeswoman for the shop said Thursday.

The beloved 130-year-old mainstay, Alleva Dairy in Little Italy, filed for Chapter 11 Tuesday in the wake of the tourism-starved pandemic years, according to shop owner Karen King.

“Today is one of the saddest days in the 130-year history of this illustrious Little Italy landmark,” King said in a statement after the filing. “We will continue to strive to keep Alleva Dairy alive.”

The store, which first opened on Grand and Mulberry streets in 1892, is in jeopardy of closing due to $509,106 in rent it failed to pay during the pandemic, according to a lawsuit filed in April by its landlord.

A rep for the store, Terri Lynn, said Thursday that King applied for government assistance to help earn some much-needed cheddar, and was denied.

King has since tried repeatedly to strike a deal with Ellen Stabile Bench, who she identified as the landlord-owner of the property, to no avail, she told The Post.

“She’s been to court four times to try to work out an arrangement. She was willing to give the landlord a substantial amount of back rent,” Lynn said. “She was raised to pay off her debts — and she’s trying to.”

The shop recently launched a GoFundMe page dubbed “Save Alleva Dairy,” which had raked in nearly $6,000 by Thursday — with some customers saying the cheese shop has melted their hearts over the years.

“God Bless You,” one fan wrote.

nypost.com - 1 year ago
The National School Boards Association has now apologized for that letter labeling parents “domestic terrorists” subject to the Patriot Act if they speak up about their kids’ education. When will the White House apologize for requesting the hysterical
Read More

nypost.com - 6 days ago
Baby, it's cold outside.
Read More