Thailand’s Constitutional Court is set to decide whether Prime Minister Prayuth Chan-ocha has exceeded the eight-year term limit of his job and must leave office immediately
Author:
Published: 2022-09-29 10:43 pm 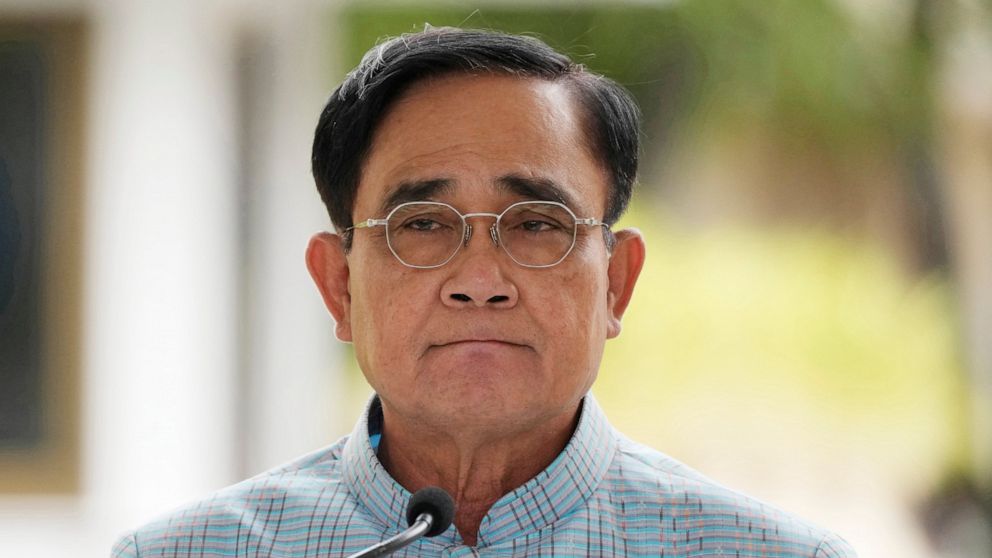 BANGKOK -- Thailand’s Constitutional Court is set to rule Friday on whether Prime Minister Prayuth Chan-ocha has exceeded the term limits of his job and must leave office immediately.

A ruling in Prayuth’s favor is considered likely but risks invigorating a protest movement long opposed to his government because he came to power undemocratically. They have called for a demonstration ahead of the court ruling and promised to bring more pressure if he stays.

The issue before the nine-member court — raised in a petition from opposition lawmakers — is how to count Prayuth’s time in office.

Then an army general, Prayuth led a military coup that ousted an elected government in May 2014, and in August that year, he took the post of prime minister in the military government installed after the coup. His critics thus contend the eight-year term limit expired Aug. 24.

Prayuth’s supporters say the constitution containing the term limit provision came into effect on April 6, 2017, and his time in office should be counted from that date.

A more expansive but less likely interpretation favoring his continuing tenure is that the countdown began on June 9, 2019, when Prayuth took office following a general election.

If Prayuth stays in power, he still will face a political reckoning early next year when Parliament’s four-year term expires and a new election must be called. His popularity ratings are low, with critics saying he has mishandled the economy and botched Thailand’s initial response to the COVID-19 pandemic.

In 2020, tens of thousands of people took to the streets to demand that Prayuth and his Cabinet resign, while also calling for the constitution to be amended and the monarchy to be reformed. Several confrontations between the student-driven protest movement and authorities became violent, and there are fears of a recurrence if the court favors Prayuth.

Should the court rule against him, his Cabinet would become a caretaker government with limited executive powers. Whether Prayuth himself could be caretaker prime minister is unclear, though the court may decide the matter.

The caretaker government would exist until Parliament chooses a new prime minister — the main options being candidates nominated after the 2019 election.

The constitution does not say how soon Parliament would have to convene for a vote, but in practice it should be within a reasonable time, no longer than two weeks, said Professor Prinya Thaewanarumitkul of Thammasat University’s Faculty of Law.

The eight-year term limit was meant to target former Prime Minister Thaksin Shinawatra, a populist billionaire who was ousted by a 2006 military coup but whose political machine remains powerful. The army in 2014 also ousted the government of Thaksin’s sister, Yingluck Shinawatra, who was forced from office shortly before the takeover by a controversial court decision.

Thailand’s traditional conservative ruling class, including the military, felt that Thaksin’s popularity posed a threat to the country’s monarchy as well as their own influence. The courts have been stalwart defenders of the established order and ruled consistently against Thaksin and other challengers.

abcnews.go.com - 1 year ago
These are the key takeaways from what was agreed on in Rome - and what wasn't.
Read More

abcnews.go.com - 5 months ago
The capture of fugitive drug lord Rafael Caro Quintero was hailed by U.S. authorities as an example of cooperation with Mexico in the fight against drugs
Read More

WATCH: Paddleboarders get into Halloween spirit with spooky costumes

abcnews.go.com - 2 years ago
A Turkish court has again rejected a request for businessman and human rights defender Osman Kavala’s release from jail, despite a European Court of Human Rights ruling that called for his freedom
Read More
More News & Articles