Gavin Escobar, a former tight end for the Dallas Cowboys, died in an apparent rock climbing accident in California. He was 31.
Author: Ryan Glasspiegel
Published: 2022-09-29 10:39 pm 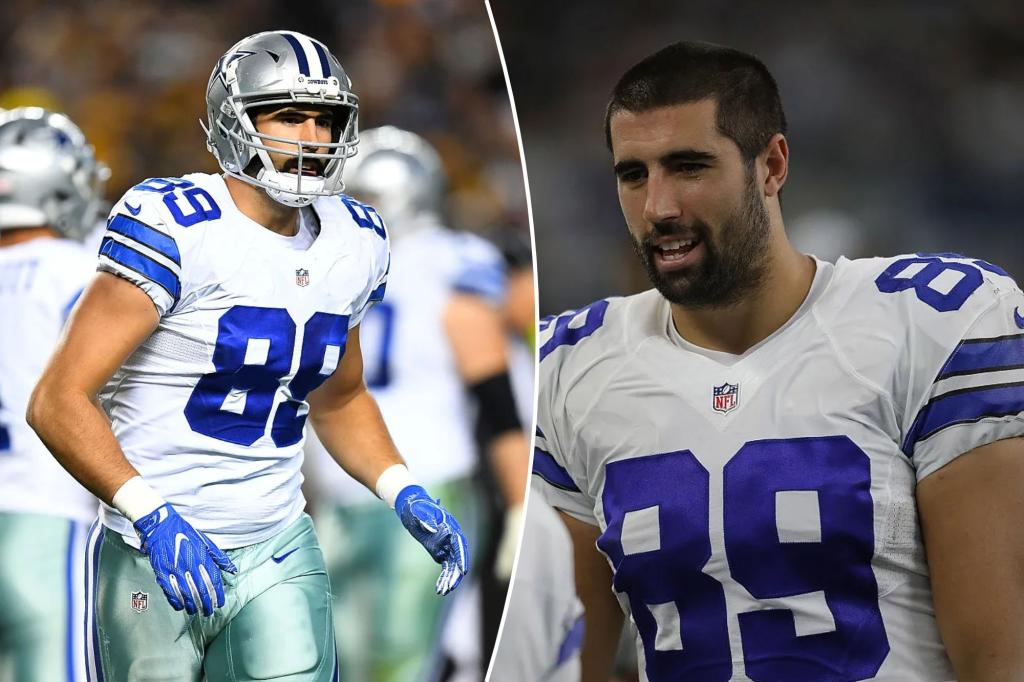 Gavin Escobar, a former tight end for the Dallas Cowboys, died in an apparent rock climbing accident in California.

Escobar and Chelsea Walsh, 33, were identified as dead by the Riverside County sheriff’s coroner’s office, according to the Palm Springs Desert Sun.

Firefighters discovered the pair dead on Wednesday in the San Bernardino National Forest near Tahquitz Rock.

Escobar was drafted by the Cowboys in the second round in 2013 out of San Diego State University. He played for Dallas from 2013 through 2016.

The former tight end joined the Long Beach Fire Department this past February.

It was not immediately clear if Escobar and Walsh were experienced climbers.

The Riverside County Sheriff’s Department is investigating the circumstances of the deaths.

After the Cowboys, Escobar spent time with the Chiefs, Ravens, Dolphins and Browns (in a couple of those spots he was on the practice squad or offseason roster, but was not on the active roster during the season).

In his career, Escobar had 30 catches for 333 yards and eight touchdowns.

In 2019, he played for the San Diego Fleet of the now-defunct Alliance of American Football.

nypost.com - 5 months ago
A booster rocket developed by Elon Musk's SpaceX for its next-generation Starship spacecraft burst into flames during a ground-test firing on Monday in Texas.
Read More

Inside the rehab center for Guantanamo terrorists

nypost.com - 10 months ago
If Guantanamo Bay was harsh and inhuman, the counseling and care center is anything but
Read More

nypost.com - 1 year ago
Enrique Arango filed a lawsuit Tuesday in Miami-Dade Circuit Court that claims officials knew about the Surfside condo's “deplorable conditions" but did nothing about it.
Read More