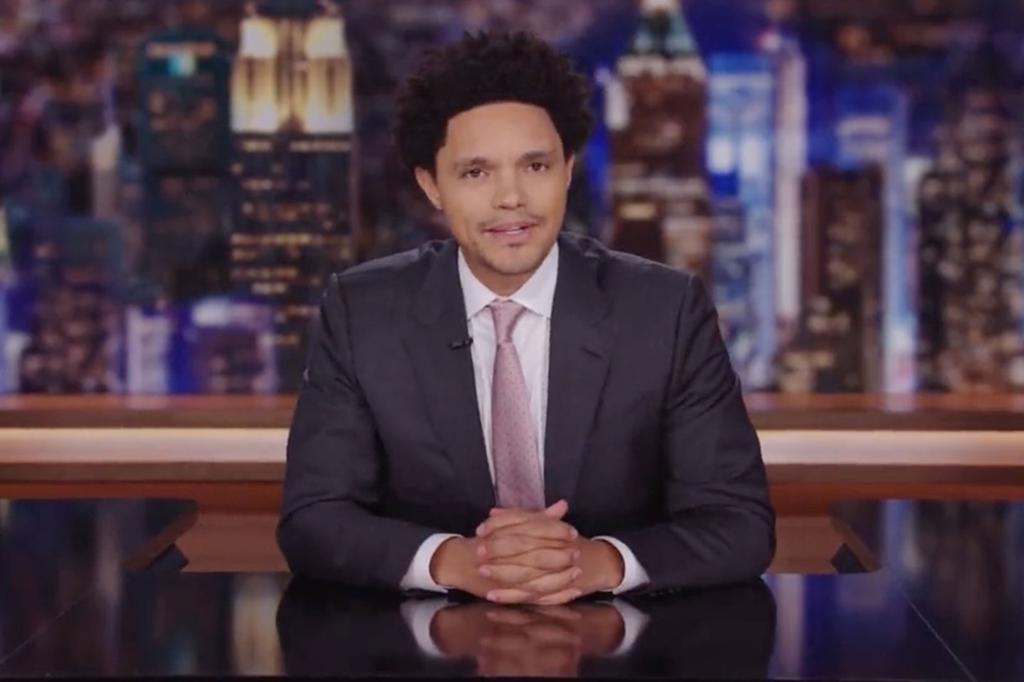 Comedian Trevor Noah is leaving “The Daily Show” after hosting one of Comedy Central’s hallmark programs for the last seven years.

The funnyman made the announcement on his show Thursday, according to a clip shared on Twitter by The Daily Show’s account.

“It’s been absolutely amazing, it’s something that I never expected and I found myself thinking throughout the time, everything we’ve gone through … and I realized after seven years my time is up,” Noah said to gasps from the audience.

The South Africa native said he’s loved hosting the show, calling it one of his greatest challenges and joys. He mentioned addressing the Trump presidency and also dealing with the COVID-19 pandemic during his tenure as host.

“I’ve loved trying to figure out how to make people laugh even when the stories are particularly sh—y on the worst days,” Noah said. “We’ve laughed together, we’ve cried together.”

Noah, 38, took over “The Daily Show” in 2015 after he started as a contributor the previous year.

When Noah was picked to replace the well-regarded Jon Stewart, he said “so many people didn’t believe in us.”

“It was a crazy bet to make,” Noah said, stressing he was filled with gratitude.

At the end of his five-minute remarks, the studio audience gave him a rousing standing ovation.

The sudden announcement comes as rumors have emerged that he is dating pop star Dua Lipa after they were spotted in the Big Apple together.

It was not immediately clear when Noah’s last show would be.

The impending departure was first reported by Decider.

nypost.com - 1 year ago
Luke Voit got his first at-bat in a week when he pinch hit for Brett Gardner in the seventh inning of Wednesday’s 6-5 loss to the Blue Jays — and it didn’t look good.
Read More

nypost.com - 7 months ago
The artist was attempting to board a flight leaving Vegas on Sunday morning when agents found the pot. He was detained briefly before he was released.
Read More

Tyrese Haliburton: Obi Toppin has ‘tricks up his sleeve’ in Dunk Contest

nypost.com - 9 months ago
Toppin will be the lone representative at All-Star Weekend for the flailing Knicks.
Read More

nypost.com - 4 months ago
A family has accused a Brooklyn funeral home of mishandling their loved one’s body so poorly that she looked like a “mud monster” the day of her wake.
Read More
More News & Articles