Vikings rookie safety Lewis Cine was carted off and taken to a local hospital in London on Sunday after suffering a scary leg injury against the Saints.
Author: Justin Tasch
Published: 2022-10-02 10:48 am 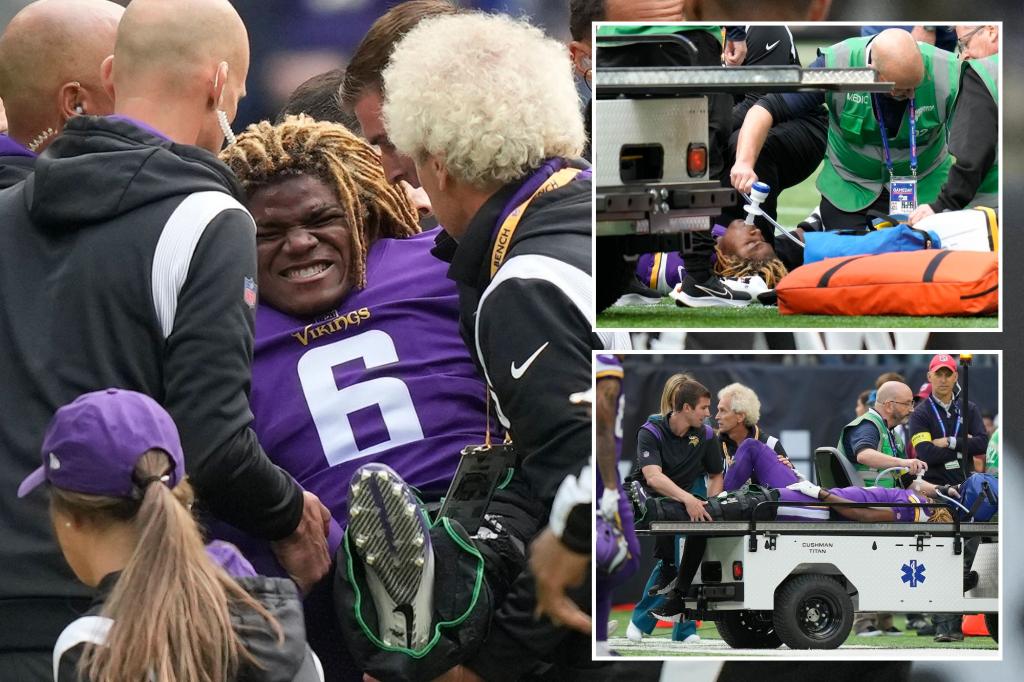 Vikings rookie safety Lewis Cine was carted off and taken to a local hospital in London on Sunday after suffering a scary leg injury against the Saints.

Cine, taken No. 32 overall in the 2022 NFL Draft, was injured during a punt play, with his left leg appearing to bend awkwardly. Cine’s leg was put in an air cast and he was quickly ruled out for the rest of the game.

Cine, 22, was selected out of Georgia in April and has primarily been a special teams player for the Vikings early in his first season. He was first-team All-SEC last season.

The Vikings and Saints are playing at Tottenham Hotspur Stadium in London.

nypost.com - 1 year ago
The Issue: A teen gang member who allegedly shot a young father while released on reduced bail. How many people have to die for these idiot judges to realize that “leniency” doesn’t turn violent, recidivist criminals into good citizens (“Free to kill,”
Read More

nypost.com - 2 years ago
A married UK teacher had sex with a 15-year-old student in the driveway of her family home, a court has heard. Kandice Barber, 35, is accused of having sex with the underage boy three times — including straddling the teen in her car, having sex in a field
Read More

nypost.com - 1 year ago
A 77-year-old Phoenix woman was fatally mauled by a pack of dogs in front of her home -- and the animals' owner has been arrested in connection to her death, authorities said.
Read More
More News & Articles