Crowds of people have marched in Paris to show their support for Iranian protesters standing up to their leadership over the death of a young woman in police custody
Author:
Published: 2022-10-02 12:45 pm 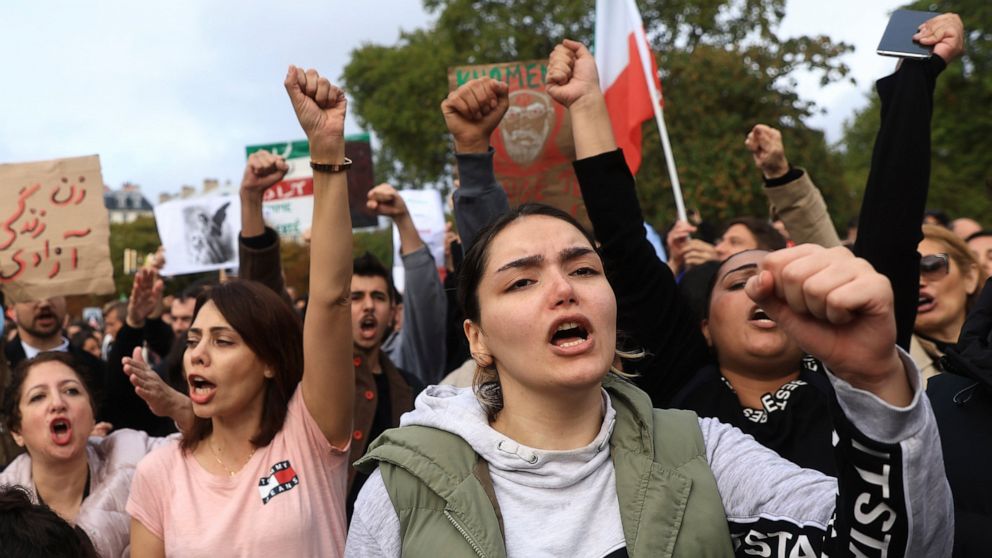 PARIS -- Crowds of people marched in Paris on Sunday to show their support for Iranian protesters standing up to their leadership over the death of a young woman in police custody.

French feminist groups, leading politicians and people of Iranian heritage were among those who joined the gathering at Republique Plaza before marching through eastern Paris.

“Woman, Life, Liberty!” the crowd chanted in the rainy weather. Some banners read: “Freedom for Iranian women,” or “No to Obligatory Hijab” or just the young woman's name: “#Mahsa Amini.”

It was the latest and among the largest of several protests in France in support of the Iranian demonstrators. Iranians and others have also marched in cities around the world.

Thousands of Iranians have taken to the streets over the last two weeks to protest the death of Mahsa Amini, a 22-year-old woman who had been detained by Iran’s morality police in the capital of Tehran for allegedly not adhering to Iran’s strict Islamic dress code.

The protesters have vented their anger over the treatment of women and wider repression in the Islamic Republic, and the demonstrations escalated into calls for the overthrow of the clerical establishment that has ruled Iran since 1979.

abcnews.go.com - 1 year ago
The Dutch Supreme Court is set to rule in a $50 billion legal battle between Russia and former shareholders of the country’s bankrupted oil giant Yukos
Read More

abcnews.go.com - 1 year ago
Biden's new plan would expand vaccine mandates in the private sector and essentially label COVID as an occupational hazard in the workplace.
Read More

abcnews.go.com - 1 year ago
They're back: First giant 'murder hornets' of the year are found in Washington state as authorities eradicate a nest of over 113 of the insects.
Read More
More News & Articles