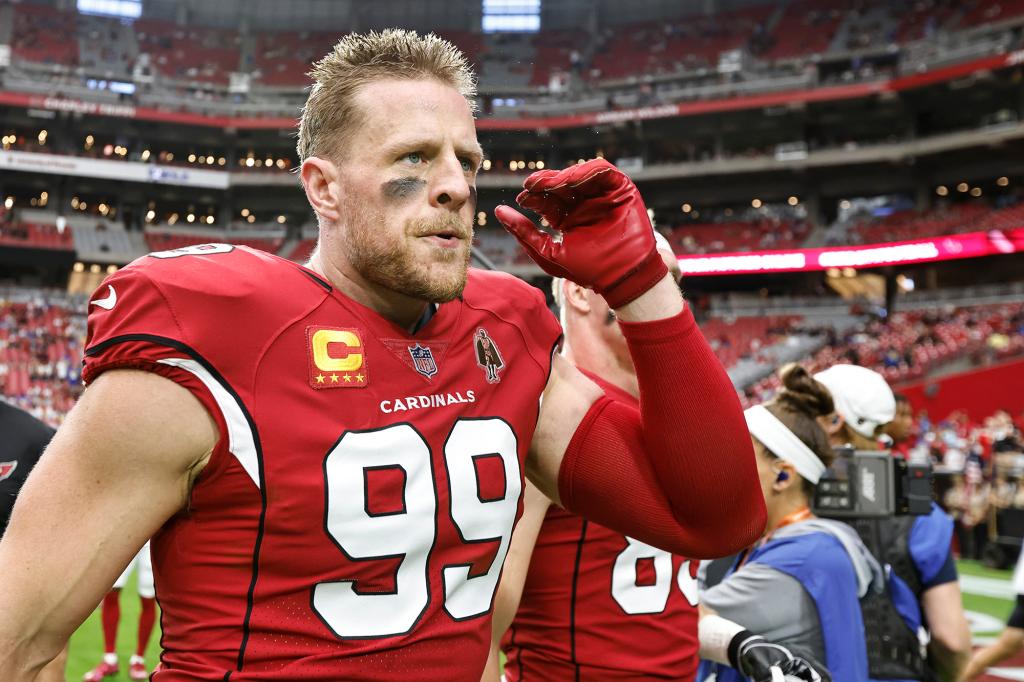 JJ Watt is set to play Sunday for the Cardinals just days after experiencing atrial fibrillation.

Watt, 33, announced the news of his irregular heartbeat on Twitter early Sunday afternoon before the 4:05 p.m. kickoff against the Panthers in Charlotte.

“I was just told somebody leaked some personal information about me and it’s going to be reported on today,” Watt wrote. “I went into A-Fib on Wednesday, had my heart shocked back into rhythm on Thursday and I’m playing today. That’s it.”

Watt revealed the scare less than 15 minutes before Jay Glazer reported the news on the Fox NFL pregame show. According to CBS Sports’ Josina Anderson, Watt is expected to address the situation after the Cardinals’ game on Sunday.

Watt, in his second season with the Cardinals, has two sacks in two games this year entering Sunday. He was limited to seven games last season due to a shoulder injury. Watt signed with the Cardinals after spending 10 seasons with the Texans.

nypost.com - 8 months ago
AUGUSTA, Ga. — His son had just made himself a weekend contender in his very first Masters when Harold Varner Jr., a 70-year-old man built like a 1-iron, started summoning the sweetest memories from Harold III’s youth. “I would always tell him, ‘This is
Read More

nypost.com - 2 months ago
A Bronx man accused in the random, fatal stabbing of a straphanger at the East 176th Street subway station was ordered held without bail at his court appearance early Sunday.
Read More

nypost.com - 2 years ago
Sun’s out, water guns out. Now that the winter is behind us, it’s time to step back outside into the warner weather and enjoy the spring. One of the best parts about chilling in your own backyard is that it is one of the best maskless activities you can
Read More

Henrik Lundqvist says his open-heart surgery was a success

nypost.com - 2 years ago
Henrik Lundqvist says his open-heart surgery was a success and that he is recovering. “Day 3. Surgery went really well,” he wrote on social media with a picture his daughter, Juli, drew. “About 5 hours to get it all taken care of. Really appreciate the
Read More
More News & Articles