Laura Byrne claims ex tried to make love to her knee, said ‘I want to have sex with all of you’

Laura Byrne opened up about the weirdest experience she had with her ex-boyfriend of six years before she found love with Matthew Johnson.
Author: News.com.au
Published: 2022-10-04 12:52 pm 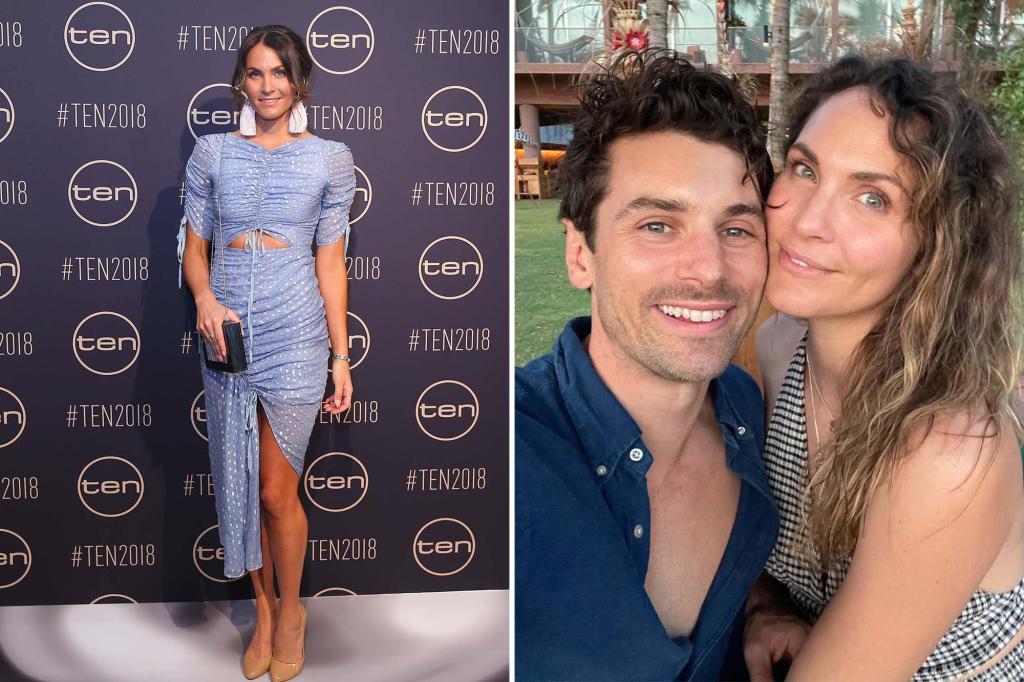 A former “Bachelor” star has revealed the most “awkward” thing that has ever happened to her in the bedroom – and boy is it a doozy.

Laura Byrne opened up about the weirdest experience she had with her ex-boyfriend of six years before she found love with Matthew Johnson on the popular Channel 10 dating show.

In her surprisingly candid confession with news.com.au’s I’ve Got News For You podcast, Laura – now a mother of two – revealed her former flame wanted to “have sex with all of me,” leading to a rather unusual request.

“My ex-boyfriend for many years ago used to always say I want to have sex with all of you,” the 36-year-old told host Andrew Bucklow.

“And so he would try and have sex with the back of my knee. And at the time. I thought it was really flattering.”

Laura, who made the admission during a chat to promote her new book “We Love Love” with best friend Brittany Hockley, helpfully went on to explain how the sex act occurs for those who are struggling to figure it out.

“He would make me bend my knee and he would stick his penis behind the crease,” she said, surprising even Brittany who had heard the story before.

“Yeah. Wow. That’s why one of your legs is ripped,” she joked.

Sign up for It's All Clicking for a weekly recap.

It’s not the first time Laura has been frank about her love life, regularly opening up on the Life Uncut podcast she co-hosts with Britt.

After welcoming first daughter Marie-Mae, Laura revealed it wasn’t easy to be intimate with her partner after childbirth, stating the “thought of having sex would make me want to cry.”

“The doctors tell you that you’ll be ready to have sex at the six-week mark … but I was not ready,” she said in January 2020.

“I was so tired and the thought of having sex would make me want to cry … So we had sex at about eight weeks.

“I had a lot of stitches so I was expecting it to be horrific.”

However, the pair’s love story almost didn’t happen, with Laura also revealing on news.com.au’s podcast she got cold feet and pulled out of the show when she was due to start production.

“If you’re selected, you get given a time and location, and it’s a secret time and secret location, to try and throw off paparazzi,” Laura explained.

“Mine was a pick-up location in Alexandria in some random park at 3 p.m., and you’re supposed to rock up with all your suitcases and a bus will come and collect you.

“And I remember 3 p.m. came and went and I was sitting at home and hadn’t packed a bag. I just had a complete change of heart. I really didn’t want to do it, I was worried about what it would look like vying for a man’s attention on a reality TV show.”

Byrne said she then got a call from producers, who told her she had until 10 a.m. the next day to think the decision through, and by the next day she had changed her mind.

www.news.com.au - 3 months ago
When Angelique Robledo, 29, was getting ready to have her baby, her friend did the unthinkable. Angelique tells her story in her own words.
Read More

www.news.com.au - 2 months ago
The footage shows a girl preparing to knock on the hotel door of Mathieu van der Poel at the Novotel Brighton Resort, south of Sydney, last Saturday while her sister films the prank.
Read More

www.news.com.au - 1 month ago
Melanotan is being promoted across social media as a long-lasting fake tan alternative, but Australia’s Therapeutic Goods Administration warned it has “proven, serious side effects that can be very damaging to your health”.
Read More

www.news.com.au - 4 months ago
An Australian woman has been seriously injured after falling into a geothermal sinkhole in New Zealand.
Read More
More News & Articles